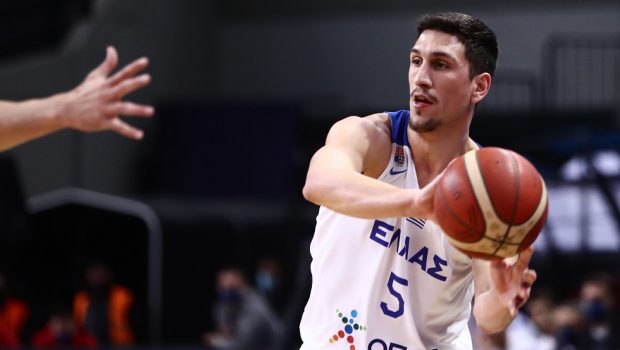 Qualifying for World Basketball has the signature of Giannoulis Lourentsakis. What statistics were written for. But also for those he can’t.

Will they come to 33:14? Data in the case of Giannoulis Larentzakis. He should remember that, and also Greek basketball on a (difficult) night like this, he should take his soul out and put it on the floor for our representative team to qualify for the 2023 World Basketball Championship.

Outstanding Nick Calathes had a double-double (13 points, 10 assists). Captain Kostas Papanikolaou was fantastic in Game 4 (9 points, 3 assists, 3 steals). And Michalis Lountsis with his defenders (and a big three-pointer in the final) and Panagiotis Kalaitsakis put in their little stone. But Lorentzakis was ecstatic. Offensive ecstasy (20 points with 4 three-pointers), defensive ecstasy (4 steals) ecstasy that fooled the incredible Redtin Obasohan (30 points) with a second and a tenth of a second before the defense that locked up qualification. Fit the DVD you’re listening to… and put it in the safe.

Amazing things happened in these qualifiers. Greece paid for the Fifa-EuroLeague war and tonight had their backs against the wall playing their scraps against a testing team (without first line 4s and 5s) against a very balanced side. The Belgians, never allowing games over 70 points, draining the oil out of everyone, playing within range and staking a claim against everyone. Story with the tall ones gave them 13 more rebounds tonight (37-24). And 13 rebounds in a score…loss.

Our internationals, with Dimitris Itotis’ perpetual small ball, managed to lead them into many mistakes. Belgium scored 26 for 15 (!!!!). This was our tank. But we wanted two more jobs in the field. Someone stop Obasahan. And someone put the ball in the basket (we forced 31 at the half).

Giannoulis Larentzakis took the initiative and came forward and said “I’m for anything”. He had two points by halftime, making 18 of Greece’s second 41. At one point he piled up 4/4 triplets in the space we brought up. But his last big job was defense. Obasahan suffered at his hands. He did not get the ball in the last phase which decided the match. She takes his wallet and starts passing it to him… Kisses lead him to his 5th mistake.

A legendary performance by a great player. We understood this well over the summer at Eurobasket. We learned from last year what he was doing for Giorgos Bartzokas’ Olympiakos. A boy with a Greek basketball. No physical attributes but with a heart to spare…two pitches. I’m sure Giannis would have called him by now. And he would have had a meeting with him the following summer of Greek basketball. There, in the elite. Appropriate…