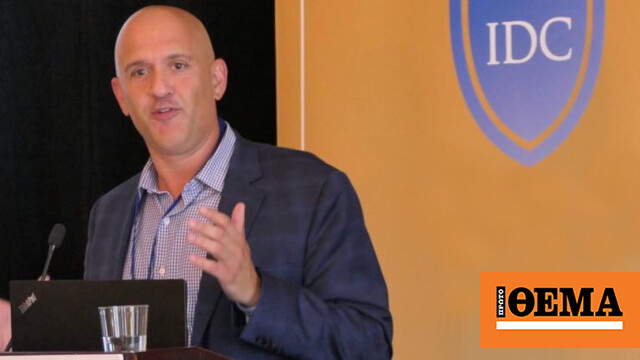 The statement of the Deputy Minister of Education caused a fierce political controversy. Angelos Sirigos That Greece “wants Turkey to acquire F-16s from the United States, but not now, in the long term.”

Mr. Serigus was at his interview He justifies his aversion by saying that such a thing would be in the interest of our country Because they will be escorted under strict conditions, which will not happen if, for example, combat aircraft are purchased from Russia.

Naturally, this position even reached the Greek-American lobby, which is in the sphere of influence of the senator and the chairman of the US Senate Foreign Relations Committee, who took the initiative in preventing Turkey from acquiring the F-16s if this happened. It is used for provocations against Greece.

On the part of the incoming Eddie XimenidesAnd The Executive Director of the Hellenic American Leadership Council (HALC), speaking to OPEN, called Syrigos’ statements “nonsense”, even saying that “such things are only heard by Turkey’s agents”. He even added: “Fortunately, no one in Washington knows Mr. Serigos, I do It does not express the opinion of the Prime Minister or Mr. Dendias».

Mr. Ximenides said that Mr. Syrigos should “come and explain to us who gave this opinion on his behalf. These are not the positions of the diaspora and those of the Felilini in Congress. With his logic why don’t we give him F35s too? That’s why it was rubbish.”

Political dissent and illustrations of Syrigus

In response to the statements of the Deputy Minister of Education a Syriza He called Angelos Syrigos “hare” Prime Minister Kyriakos Mitsotakis condemns the government for pursuing a policy of a loyal and predictable ally of the United States.

The Disputed Position of Sir Sirigus:

We want Turkey to get the F-16s. Not now, in the long run. Because we want it to be controlled by the West. Imagine Turkey, it has Russian weapon systems… No one can stop it in its aggression against us. Whereas now it is somewhat restricted. At the same time, the complete arms embargo that exists gives us the possibility to cover the gap that has arisen in the past decade, in our defense systems. one last thing. It is impossible for the Americans to decide what to do with Turkey and the F-16s before the Turkish elections are over. They will not give him this Erdogan gift. They will wait to see what happens in the Turkish elections and after the elections are over to see what the next situation is, they will move on.”


“Hare” of Mitsotakis, Angelos Sirigos for selling the F16 to Turkey

In response to what Mr. Syrigos said, Syriza confirmed that before Mitsotakis’ trip to the US in May, Alexis Tsipras asked him to raise the F16 issue with Joe Biden. The prime minister’s reaction was “to accuse Alexis Tsipras of lying because there is no issue of selling the F16 to Turkey. Of course, after a few days, he didn’t even dare to raise the issue publicly with the US president.”

“We want Turkey to get the F16…because it is in our interest,” declared today Deputy Minister of Education Mr. Syrigos, as Mr. Mitsotakis’ rabbit. The dangerous policy of the “loyal and expected ally” of the United States dictates that Mr. Mitsotakis should be called a meat fish. However, sarcasm has its limits.

Last May, two days before Mr. Mitsotakis’ flight to the United States, the head of SYRIZA-PS, Alexis Tsipras, raised in Parliament the issue of selling F16s from the United States to Turkey and called on the Prime Minister to raise it with the American President.

Instead of Mr Mitsotakis accepting the request, he accused Alexis Tsipras of lying because there was no alleged case for selling the F16 to Turkey. Of course, after a few days, he did not even dare to raise the issue publicly with the US President.

“We want Turkey to get the F16…because it’s in our interest,” announced today the Deputy Minister of Education, Mr. Syrigos, as Mr. Mitsotakis’ rabbit.

The dangerous policy of the “faithful and expected ally” of the United States dictates that Mr. Mitsotakis should be called a meat fish. However, sarcasm also has its limits.

The Deputy Minister of Education, Angelos Sirigos, responded with his statement to Syriza, whom he called Mr. Mitsotakis’ hare, regarding the issue of the US sale of F-16 fighter jets to Turkey. Indeed, Sirigos calls SYRIZA a rabbit party and responds to what the official opposition accuses him of


What does angelos cerigos say

Regarding my statement that “it is in our long-term interest for Turkey to acquire American F-16s while at the same time being controlled by the West” as well as the related announcement on SYRIZA, I clarify the following:

1. At some point, in the long term, Turkey will get planes again. Its air force is the spearhead of its offensive operations. I think it is in Greece’s interest for Turkey to buy these weapons systems from the West and especially from America under the terms that Senator Menendez has repeatedly stated. Specifically, Menendez proposes giving the F-16s to Turkey on the strict condition that they not fly over the Greek islands. Of all the Western countries that can sell military equipment to Turkey, only the US Senate can impose such stringent conditions and control their implementation. On the contrary, if the Turks chose to acquire Russian warplanes, there would certainly be no such terms. Therefore, in the long term, it is in our interest for the Turks to purchase American F-16s under the terms set by the US Senate.

2. The Hares Party speaks of the hares when, as a government, it did everything it could for Skopje to join NATO. But instead of dealing with SYRIZA with serious and responsible analyses, let them correct their website which still writes that: “NATO contributes to regional and international instability, establishes an unequal power relationship between the United States and Europe, and engages in “humanitarian operations” that have lead to The explosion of the current crises in our region, strengthens the militarization of Eastern Europe and the Black Sea and creates a climate of cold war.

Karditsa: Tragedy with a 16-day-old baby who lost his life

Pesperigo: The trial for the murder of Georgina starts tomorrow, but it may be postponed due to Venezuela

See also  Bitcoin: The man who wants to dig a dump to find a hard drive containing fortune