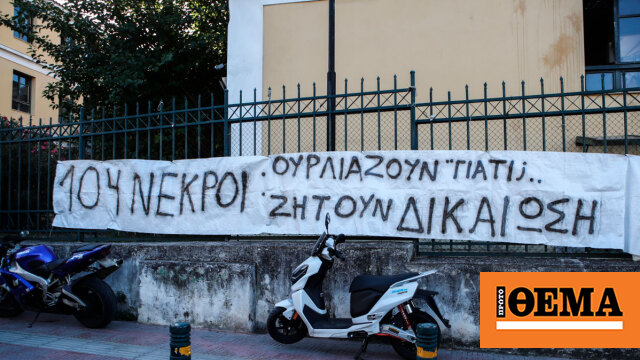 “Where were you that day? We saw only one helicopter.. With these words they were “welcomed” into his room today. Court of Appeal of AthensThere the investigation continued Fatal fire in the basement, Fire victims and their relatives Helicopter operators and their administrators Fire departmentThose who were in the court room as witnesses in the case.

“I’m not here to take away your pain or anger. You are here for a fair trial. You leave your anger at the door because that’s how trials are done, it’s like a prayer”The president of the court responded to the relatives of the victims.

During today’s hearing, proceedings were completed to support the prosecution of the dead, burned and relatives of the victims of the fatal fire. The lawyer of the families of the victims, Vasilis Taxis, submitted a request for experts from the fire brigade, who were appointed by the prosecutors. 93rd place And below the list of witnesses.

“There are witnesses who have not been subpoenaed by your court. We will ask your court to summon them through the public prosecutor at the next meeting,” said Vasilis Kabarnaros, who is still a lawyer for the victims’ families.

The next session of the court was set Friday 18 November.

Thriller with Russian-made missiles in Poland – unlikely to be seen by Russia, Biden says

Showers from afternoon to west and inland north