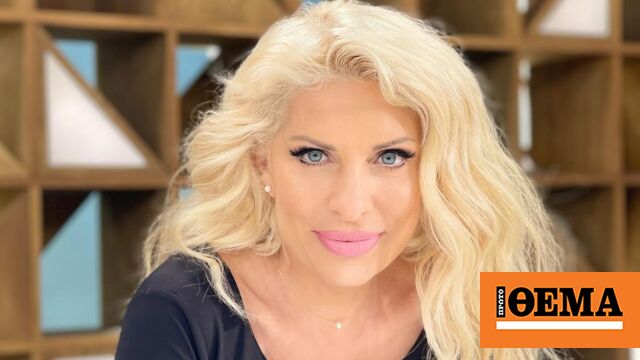 the Eleni Menigaki She often makes references to her family, with her show.

And she did the same today, on the occasion of a conversation she had with her colleagues on the set.Helen“R

at midday on Friday January 13th which caused her to point out her children and the clothes they choose to wear most often.

While discussing the winter sales, Nancy Nicolaido mentions that her son had her buy him a hoodie. Then, Eleni Menigaki wondered why her children also wore hoods from their sweatshirts and in fact, so many times inside the house.

Everybody wears that. And inside my house. Sometimes I wonder, I say ‘Why are you walking around with those?’ This means what? “They take it off, they put it on. I have it too, I don’t say, but I don’t put covers in the house to walk like a mad woman.” He commented and everyone in the group burst into laughter.

Former King Constantine: In the capital for details of the funeral of his sons, Nikolaos and Pavlos

See also  Tim Considine, the young star of 'My Three Sons', has passed away at the age of 81