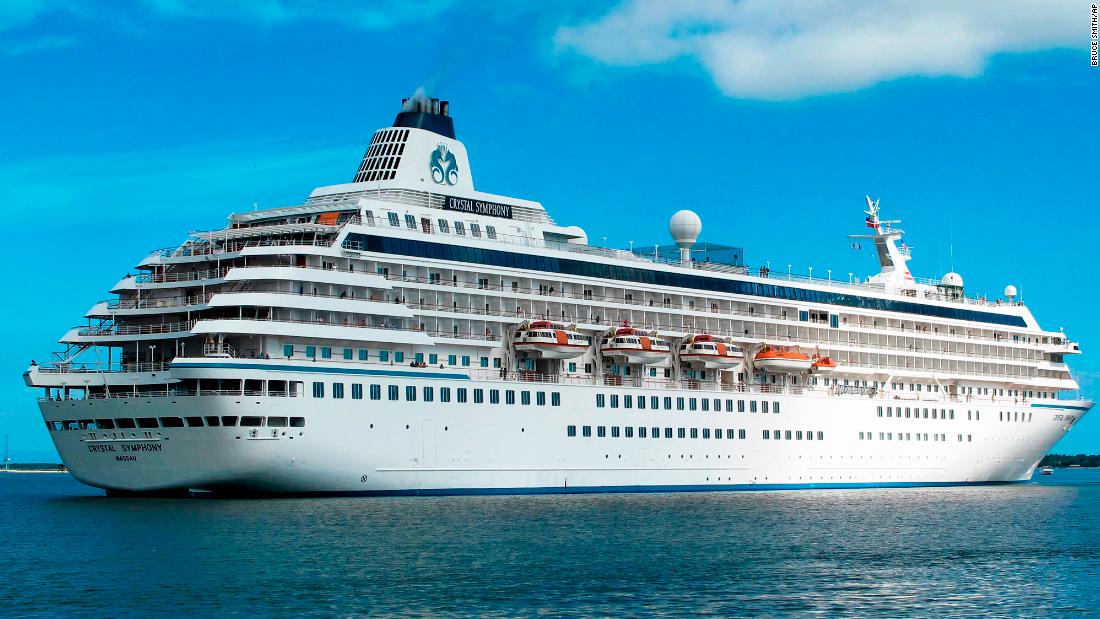 If the Crystal Symphony had continued course to Miami, it would have been seized by authorities. So it headed to Bimini instead, as USA Today first reported. The ship is still docked at the Bahama port, according to a cruise ship tracker.

The saga began Wednesday, when Peninsula Petroleum Far East filed a lawsuit in a South Florida federal court against Crystal Cruises, alleging it owed unpaid fuel bills totaling more than $ 4.6 million – of which $ 1.2 million is for Crystal Symphony specifically.

On Thursday, a US judge issued an arrest warrant ahead of the ship’s scheduled Saturday arrival in Miami, meaning the ship would be seized by a US Marshal and court-appointed custodian.

Crystal Cruises said about 300 passengers were transferred by ferry on Sunday from Bimini, Bahamas, to Port Everglades in Fort Lauderdale, Fla. In a statement to the Associated Pressa spokesperson said that the ferry ride to Fort Lauderdale was “uncomfortable due to inclement weather.”

“This end to the cruise was not the conclusion to our guests’ vacation we originally planned for,” the cruise line said in a statement.

The cruise ship can hold up to 848 guests, though the total number of passengers on the ship is unknown.

Also on Wednesday, the day the lawsuit was filed, Crystal Cruises announced it was suspending operations for its ocean voyages through late April and its river cruises through May.

“Suspending operations will provide Crystal’s management team with an opportunity to evaluate the current state of business and examine various options moving forward,” the cruise line said in a statement.

The company’s two cruises currently in operation – one heading to Aruba and one bound for Argentina – will complete their voyages. Guests who have booked future trips will receive a full refund.

“This was an extremely difficult decision but a prudent one given the current business environment and recent developments with our parent company, Genting Hong Kong,” said Jack Anderson, Crystal’s president.

Genting Hong Kong, which is one of Asia’s largest cruise operators, is about to enter liquidation as the pandemic has decimated the cruise industry worldwide.