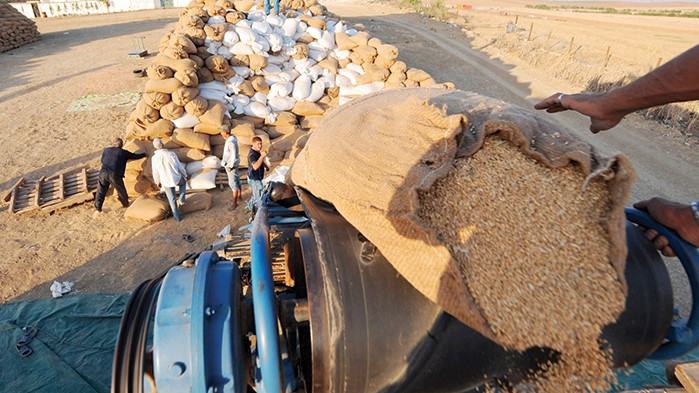 The more than 10-day war between Russia and Ukraine, long known as Europe’s breadbasket, is set to drive up prices for flour-based products such as bread, pasta and biscuits. Since the start of the war, wheat prices have reached their highest level in 14 years.

Russia and Ukraine together account for about 14% of global wheat production, with nearly a third of global wheat exports. This price hike could exacerbate inflation affecting food products globally. The closure of several Ukrainian ports on the Sea of ​​Azov and the Black Sea exacerbated this problematic situation.

While the price of wheat has reached historic highs, sunflower oil and soybean oil also face similar risks. As for fertilizer prices, they continue to rise from their side.

Recent developments in the situation show how dependent the agricultural sector is on Russia and Ukraine, the two main producing countries. Some experts said wheat will soon reach an all-time high of $13.17 a bushel, the highest level not seen since 2008.