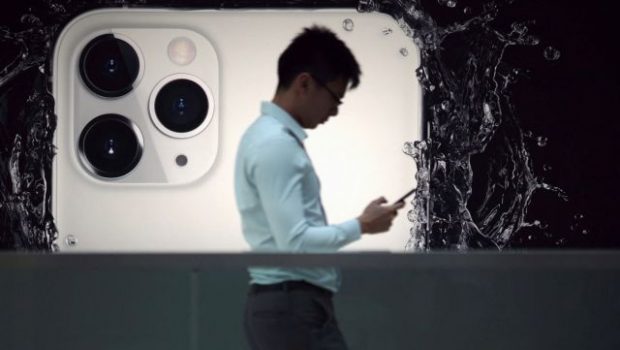 The spread of the epidemic in China It significantly threatens Apple’s operations, with supply chain experts warning of the risk of production disruptions Iphone for months increments.

The US tech giant has had to deal with more than a month of chaos at Foxconn’s large assembly plant in Zhengzhou, China, known as “iPhone City”, after the deterioration of the epidemic situation that began in October.

Great interest! If you see these signs, then your iPhone is infected with a virus

Foxconn has moved some of its production to other factories across China, while Apple is working with component suppliers to reduce unusually high wait times: According to research by Swiss bank UBS, customers buying high-end iPhones in the US need to wait 23 days.

According to the Financial Times report, as the Chinese government begins to reverse its anti-coronavirus policy, a long-term risk now looms, a potential labor shortage in component or assembly plants across the country.

Apple warned of “significant” disruptions ahead of the holiday season on November 6. The rare statement came less than two weeks after executives expected sales growth to slow by less than 8 percent in the critical period around Christmas.

Analysts agree that the company’s revenue this quarter will fall slightly from the record $123.9 billion it achieved in the same period last year, and net profit is likely to shrink by more than 8%. That would snap 14 quarters of consecutive sales growth. Where Apple faces a shortage of between 5 and 15 million iPhones.

See also  McDonald's sells its business in Russia after 32 years

Many analysts had initially raised their forecasts for the next six months as they assumed that pending orders would be delayed rather than cancelled.

But risks to Apple’s 2023 earnings increased as models showed one million Chinese were at risk of dying from Covid in the coming winter months after strict controls on the pandemic were lifted.

An Apple store in Beijing’s main shopping district had to cut hours last week because all the workers were sick.

A fifth of Apple’s revenue comes from sales in China, while more than 90% of iPhones are assembled there. Smartphone rival Samsung left China in 2019 and now has diversified assembly in at least four countries.

The manufacturing and operating problems Apple has been facing in recent months could be followed by a drop in demand in China as consumers redefine their spending habits, said Horace Didio, an independent analyst at consulting firm Asymco.

Apple’s major suppliers in Taiwan, including Foxconn, Pegatron and Wistron, have responded by trying to expand the startup’s operations into India.