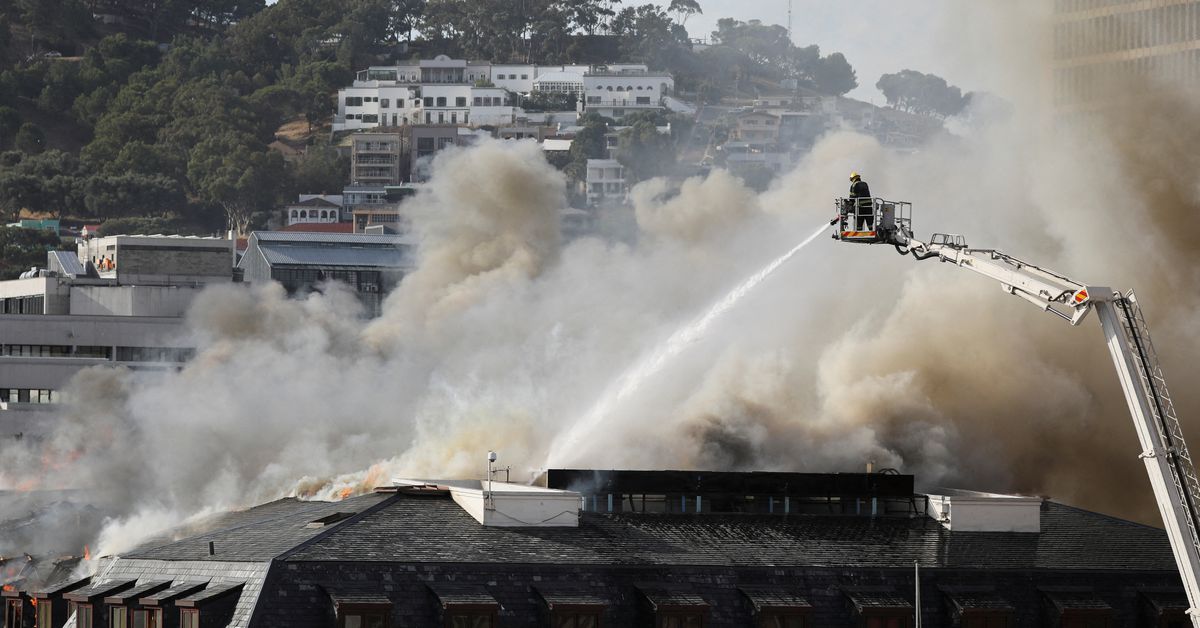 A spokesman for the city’s fire services said Monday afternoon that the fire and rescue service “confirmed the fire was burning in Parliament.

Police have charged the 49-year-old with other charges, including arson and theft, and he is expected to appear in court on Tuesday.

Nosiviwe Mapisa-Nqakula, speaker of the National Assembly, said the fire, if confirmed, would reflect an attack on the country’s democracy.

The roof of the new section of the room below the assembly hall collapsed in a fire on Sunday. The roof of the Old Wing dates back to 1884 and the upper chamber is the National Provincial Council (NCOP).

However, officials said important areas were stored on the ground floor of the old assembly building, including a museum with works of art and heritage items such as embroidered tape that tells the story of the East Cape.

A Reuters reporter at the scene said wind speeds, a key factor in the Cape’s fire season, could increase significantly, preventing efforts to put out the blaze.

In a separate statement, elite Hawks police believe the suspect entered Parliament through a window in one of the offices.

“Other charges are likely to be added as there was a security breach here,” Hawks spokesman Nomtandaso Embambo told eNCA television.

Speaker Mabisa-Nakakula, President Cyril Ramaphosa’s address to Parliament is currently scheduled for February 10. Legislators will still discuss and approve the budget and the committees will continue their work.

Additional report by Olivia Kumventa-Tambo in Johannesburg and Shafiq Tashim in Cape Town; Editing by Gareth Jones and Angus Maxwan