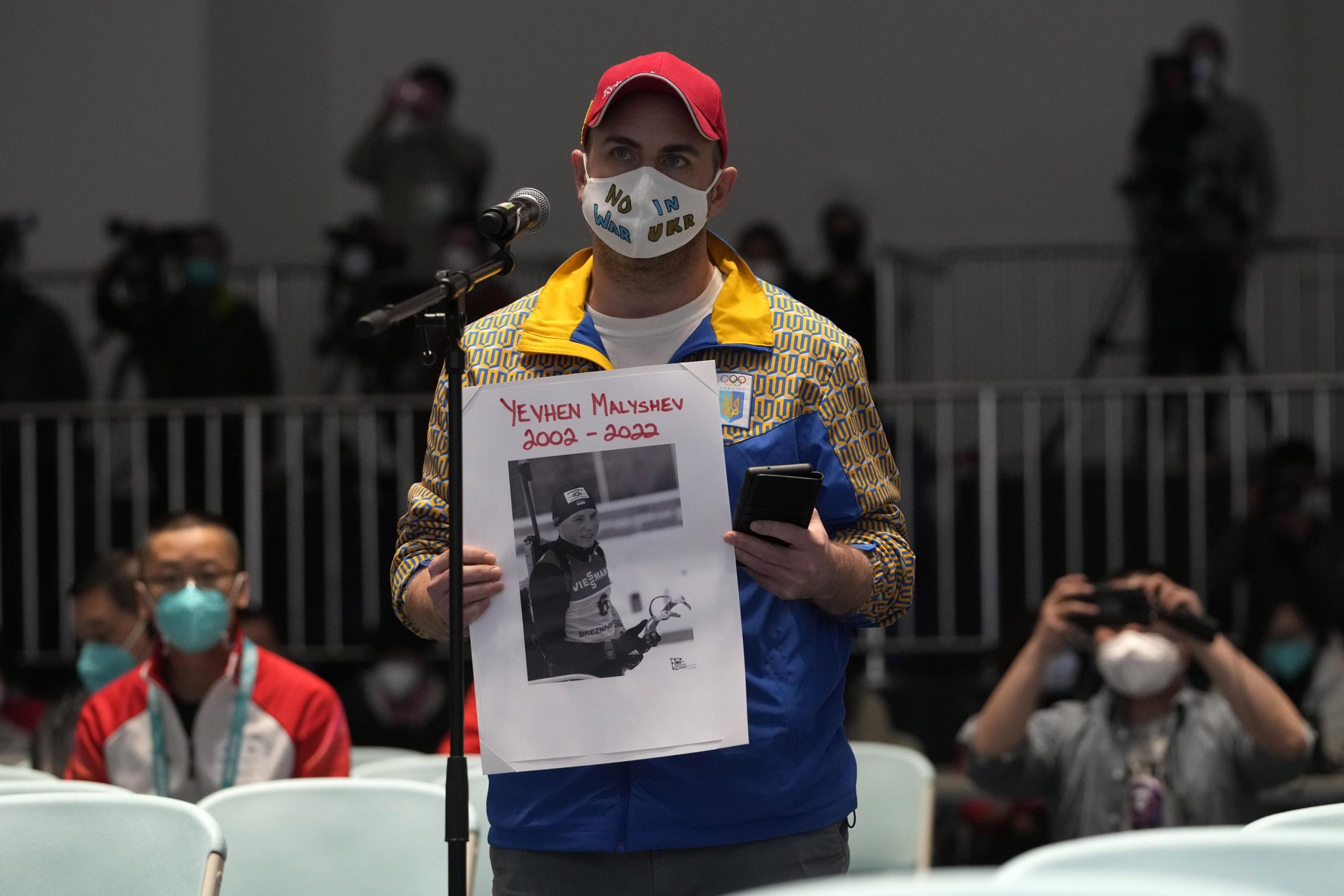 The International Paralympic Committee’s decision on Wednesday to allow Russians and Belarusians to compete as “neutral athletes” sparked a painful response just hours after it was announced.

Russian athletes were already scheduled to compete on behalf of the Russian Paralympic Committee, as punishment for the state-sponsored doping scandal at the 2014 Sochi Olympics and the subsequent cover-up.

The International Patent Committee added more restrictions on Russians when the Paralympic Games opened on Friday. Belarus was punished for its role in aiding Russia’s invasion and war against Ukraine.

But there was no expulsion. This hit the nerve.

At a press conference in Beijing hours after the decision, a reporter, who said he worked for the Kyiv Post, asked IBC President Andrew Parsons what he would say to the family of young athlete Yevin Malyshev.

Malyshev was killed this week in Ukraine, but the circumstances of his death are unclear. “He died this week while serving in the Ukrainian army,” the International Biathlon Federation said on Wednesday.

A Kyiv Post reporter uploaded a photo of the young man questioning Parsons.

“I can’t even imagine the pain his family is feeling right now,” Parsons said. “I can only tell them that my deepest thoughts are with them. This is absolutely not fair. It is disgusting. It is against humanity.”

Parsons has repeatedly defended the decision not to expel Russian and Belarusian athletes, saying that the rules of the IPC do not allow this. The IPC is based in Germany, and said that any eviction “would be overturned in a German court of law”.

“The principle of political impartiality and true belief in the transformative power of sport should be our North Star, our strength or perhaps our lifeboat,” Parsons added.

The Ukraine-based reporter said he was the only journalist from the country to get to Beijing, and he pressed Parsons again to explain why Russians and Belarusians were allowed to compete – even as neutral athletes. He repeatedly identified them as “aggressors”.

“I can’t even imagine how painful it is to be Ukrainian right now,” said Parsons, the Brazilian. “I try to empathize and I try to empathize. It’s hard. My country is not at war and my family is not hiding in the subway of my nation’s capital.”

IPC spokesman Craig Spence acknowledged the reluctance of many to allow Russians and Belarusians to compete.

“We have the eyes of the world on us now, and they may not agree with the decision,” Spence said.

Nadine Dorries, the British minister in charge of sports, called it a “wrong decision”.

“They (IPC) should join the rest of the world in condemning this barbaric invasion by preventing Russian and Belarusian athletes from competing,” she said.

Parsons said the decision was not unanimous among its 12 board members, but said a majority supported it. He did not give details of the vote.

Both delegations will be excluded from the medal table, and the IPC said it will not hold events in either country “while the current situation continues”. Parsons described it as “the harshest possible punishment we can inflict within our Constitution and existing IPC rules”.

Instead, athletes from Russia and Belarus will compete under the Paralympic flag and use the Paralympic anthem. The RPC authorization must cover the “RPC” symbol on the uniform at all events and ceremonies. The delegation of Belarus must cover its national flag in uniform.

The IPC said it would also withdraw the “paralympic honour” awarded to Russian President Vladimir Putin.

On Monday, the International Olympic Committee pushed sports bodies to exclude Russian and Belarusian athletes from international events, but left the final decision to individual governing bodies. The IOC has been slow to crack down on Russia, allowing its athletes to compete in the last four Olympics in the wake of the Sochi doping scandal.

The IOC said the measure was now needed to “protect the integrity of world sporting competitions and the safety of all participants” but left sports bodies with a way to overcome exclusion by adding that Russians and Belarusians can compete as athletes or neutral teams if expulsion is not possible due to short notice.

The IPC move comes as Russia is banned from competing in a long list of sports Including snowboarding, skating, football, hockey, basketball, track and field and some tennis events. Some sports such as swimming did not follow the IOC’s recommendation to ban Russians, instead allowing them to compete as neutral athletes.

See also  Freddy Freeman of the Dodgers meets the Braves, then the slugs escape home and the former team escapes as part of an emotional day

Parsons acknowledged the possibility that some Paralympic athletes might refuse to compete with their Russian counterparts. He also said the options for the IPC were “limited” due to the potential for legal challenges from Russia or elsewhere.

The President of the International Olympic Committee, Thomas Bach, will not attend the Paralympics, and he has appointed Parsons – an IOC member – to represent the body. IOC Vice President Sir Myang Ng was due to attend, but he tested positive for COVID-19. The IOC said Ing had only mild symptoms.