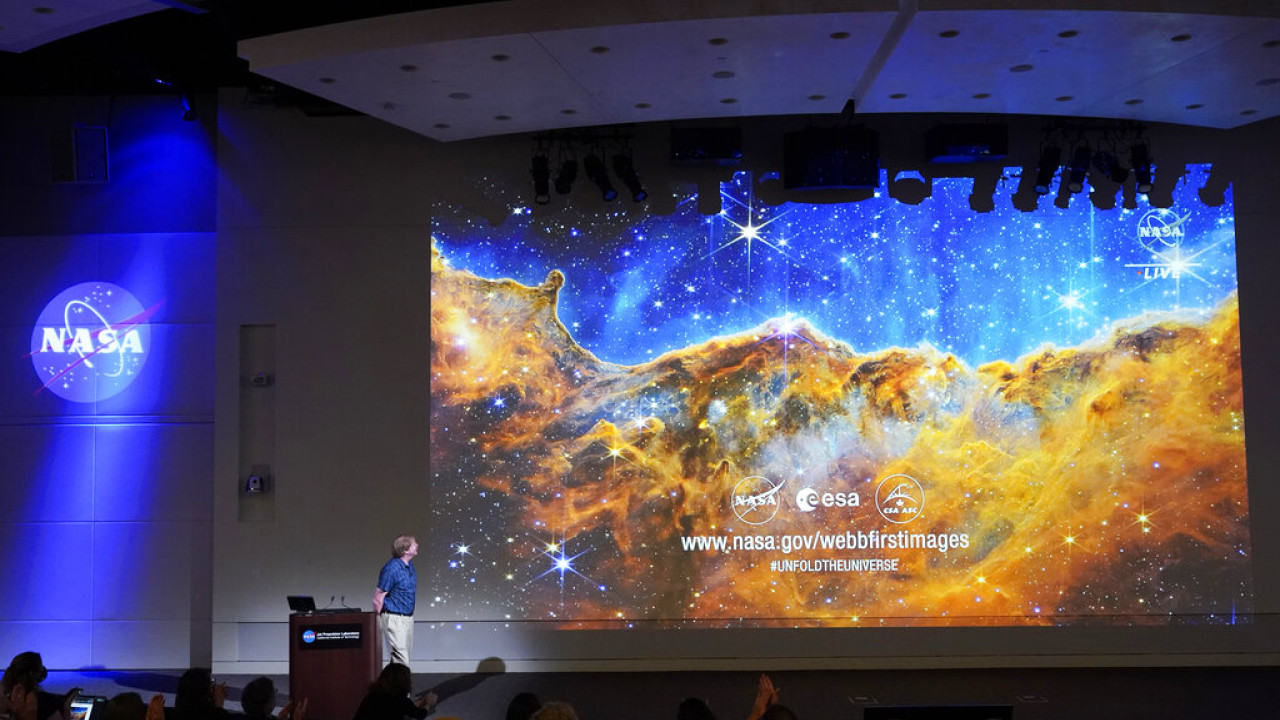 NGC 346, is one of the most dynamic star-forming regions in nearby galaxies – it is located in the Small Magellanic Cloud (SMC), a dwarf galaxy near the Milky Way.

One of the greatest mysteries of space is the regions where stars are formed, “born”. the “wombs” of the universe, As scientists call them, they are considered the most important regions, where any form of life begins in the vastness of space.

NASA’s James Webb Telescope provides answers to many questions that scientists have about these regions, whose properties are still well hidden.

NGC 346 is one of the most dynamic star-forming regions in nearby galaxies. it is in Small Magellanic Cloud (SMC), a dwarf galaxy near the Milky Way, the galaxy our Earth is part of. The SMC contains lower concentrations of elements heavier than hydrogen or helium, which astronomers call metals, than the Milky Way. Since dust grains in space are mostly made up of minerals, scientists expected that small amounts of dust would be present and that it would be difficult to detect. New evidence from Webb reveals just the opposite.

Astronomers have studied this region because the conditions and amount of metals within the SMC are similar to those seen in galaxies billions of years ago, during an era in the universe known as the “cosmic noon,” when star formation was at its peak. About 2 to 3 billion years after the Big Bang, galaxies were forming stars at a frantic rate. A similar process is still taking place.

“It will not have a galaxy in the cosmic noonday NGC 346 like the Small Magellanic Cloud. It will have thousands of star-forming regions like this,” she said. Margaret Mixner, an astronomer at the University Space Research Association and principal investigator of the research team. “Even if NGC 346 is the only massive star cluster in its galaxy, it provides us with a great opportunity to explore the conditions that existed at cosmic noon.”

By observing protostars that are still forming, researchers can see if the star formation process in the SMC is different from what we see in our own galaxy. Previous infrared studies of NGC 346 have focused on protostars heavier than about 5 to 8 times the mass of our Sun. said Olivia Jones of the UK’s Royal Astronomy Technology Center and Partners, an investigator on the programme.

When stars form, they collect gas and dust, which can look like streaks in web images, from the surrounding molecular cloud. The material is collected in an accretion disk that feeds into the central protostar. Astronomers have detected gas around protostars within NGC 346, but Webb’s near-infrared observations mark the first time dust has been detected in these disks.

d said Guido Demarchi European Space Agency, co-investigator of the research team. “Because the Small Magellanic Cloud has an environment similar to galaxies during the cosmic noon, it is possible that rocky planets formed earlier in the universe than we thought.”

The team also has spectral feedback from the instrument NIRSpec Webwhich he continues to analyze. This data is expected to provide new insights into the material that accumulates on individual protostars, as well as the environment directly around the protostar.

These results were presented Jan. 11 in a news conference at the 241st meeting of the American Astronomical Society.