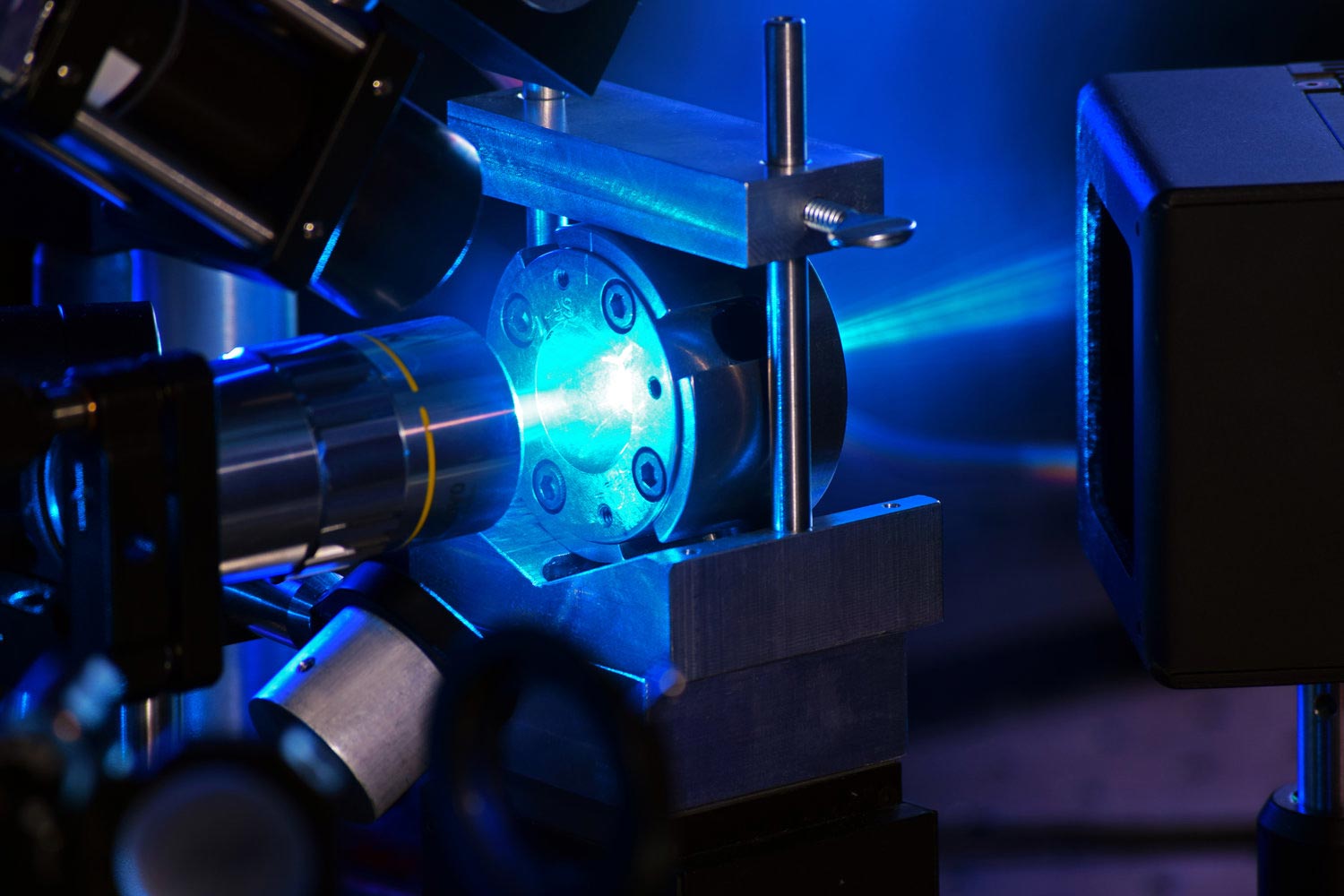 UNLV physicists have pioneered a new laser heating technique in a diamond anvil cell (pictured here) as part of their discovery of a new form of ice. Credit: Chris Higgins

The findings could have implications for our understanding of distant, water-rich planets.

NLV researchers have discovered a new form of ice, redefining the properties of water at high pressure.

Solid water, or ice, is like many other substances in that it can form different solids based on changing temperatures and pressure conditions, such as forming diamond carbon or graphite. However, water is exceptional in this aspect as there are at least 20 solid forms of ice known to us.

A team of scientists working at UNLV’s Extreme Conditions Laboratory in Nevada have devised a new method for measuring the properties of water under high pressure. The water sample was first squeezed between opposite ends of diamonds — frozen into several mixed ice crystals. The ice was then subjected to a laser heating technique that caused it to temporarily melt before rapidly re-forming into a powder-like array of tiny crystals.

By gradually increasing the pressure, and periodically blasting it with a laser beam, the team observed that water ice transitions from the well-known cubic phase, Ice-VII, to the newly discovered intermediate and quaternary phase, Ice-VIIt, before settling. to another well-known stage, Ice-X.

Zach Grande, Ph.D. at UNLV. Taleb, who led work that also showed that the transition to Ice-X, when water hardens, occurs at much lower pressures than previously thought.

While it is unlikely that we will find this new phase of ice anywhere on Earth, it is likely to be a common component within Earth’s mantle as well as in large moons and water-rich planets outside our solar system.

The team’s results were reported in the March 17, 2022 issue of the magazine physical review b.

The research team was working to understand the behavior of high-pressure water that may be present in the interiors of distant planets.

To do this, Grandi and a UNLV physicist Ashkan Salama placed a sample of water between the ends of two circularly cut diamonds known as diamond anvil cells, a standard feature in the field of high-pressure physics. Applying a little force to the diamond enabled the researchers to recreate pressures as high as those at the center of the Earth.

By compressing a water sample between these diamonds, the scientists drove the oxygen and hydrogen atoms into a variety of different arrangements, including the newly discovered arrangement, Ice-VIIt.

Not only did the first-of-its-kind laser heating technique allow scientists to observe a new phase of water ice, but the team also found that the transition to Ice-X occurred at pressures nearly three times lower than previously thought — at 300,000 atmospheres instead of 1 million. This transition has been a hotly debated topic in the community for several decades.

“Zach’s work has shown that this transition to the ionic state occurs at much lower pressures than previously thought,” Salamat said. “It’s the missing piece, and the most accurate measurements on the water under these conditions.”

Salamat added that the work also recalibrates our understanding of the formation of exoplanets. The researchers hypothesize that the Ice-VIIt phase of ice could exist in abundance in the crust and upper mantle of projected water-rich planets outside our solar system, meaning they could have habitable conditions.

Collaborators at Lawrence Livermore National Laboratory used a large supercomputer to simulate bond rearrangements — predicting that phase transitions should occur exactly where they were measured by experiments.