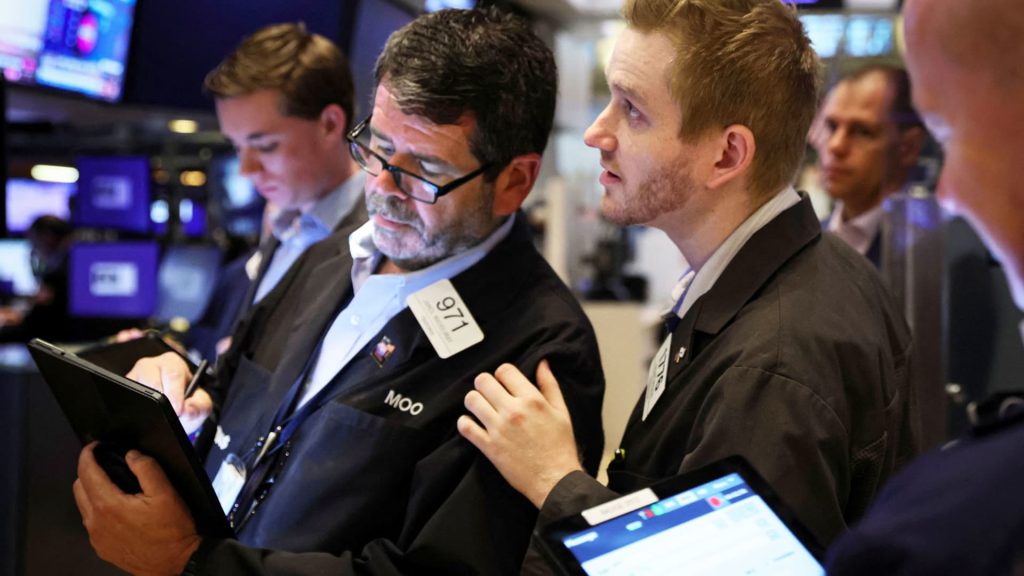 US stocks fell on Thursday, the first day of September, as traders continued to worry about a possible Federal Reserve rate hike.

All major averages are on track to end the week lower. The Dow is set to report a decline of about 3%, while the S&P and Nasdaq are on track to fall by about 3.5% and 4.5%, respectively.

The moves came in the name of US 2-year Treasury yield It rose to 3.516% which is the highest level since November 2007, at one point Thursday.

Nvidia shares also contributed to the losses, falling more than 8% after the chip maker said The US government restricts some sales in China.

Weekly unemployment claims in the US It dropped to 232,000 for the week ending August 27. This was weaker than what economists surveyed by Dow Jones had expected. It is also down from the previous period and the lowest since June 25.

The major averages come from four consecutive days of losses. On Wednesday, the last day of August, the Dow was down about 0.9%. The S&P 500 lost about 0.8%, and the Nasdaq Composite fell about 0.6%.

Investors are debating whether stocks will once again challenge their June lows in September, a historically weak month for markets, after assessing recent hawkish statements from Federal Reserve officials who showed no signs of easing interest rate hikes.

See also  AT&T is shutting down its 3G network. Here's how it can affect you

“If we retest the lows, I think it will happen in September,” SoFi’s Liz Young said Wednesday on CNBC’s “Closing Bell: Overtime.” However, she added, “I think in order to do that, something has to get worse than it was on June 16,” when stocks hit bottom, like earnings reviews that come in worse than investors expect.