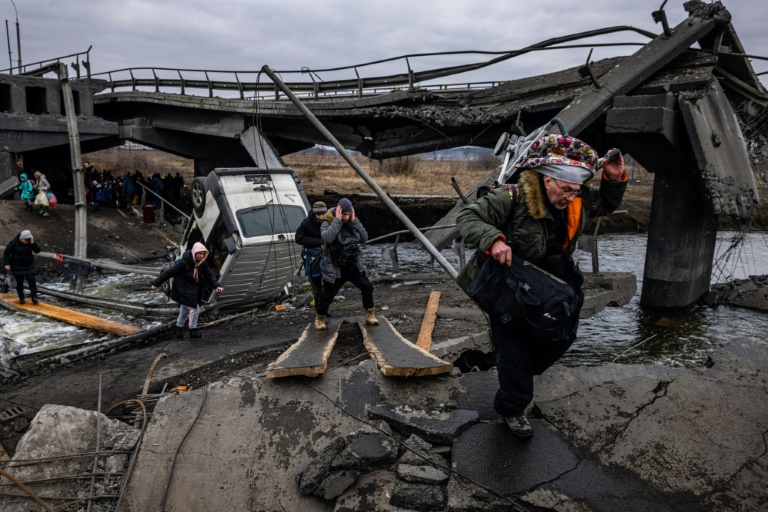 On the twelfth day of the invasion, Russian forces continued their siege of Mariupol, the main port in southeastern Ukraine.

The front lines have changed little over the past 24 hours, with the capital, Kyiv, remaining under Ukrainian control, as well as Kharkiv (northeast), despite intense Russian bombing.

Below is an update of the situation based on elements from AFP journalists on the site and emergency services, as well as Ukrainian and Russian official statements, Western sources, analysts and international organizations. Moscow, for its part, does not talk much about its offensive.

Western observers reported that the city of Kharkiv, 50 km from the Russian border, was still in the hands of Ukrainian forces on Monday, despite the intense bombardment. The second Ukrainian city, more and more damaged, is now encircled, from the same sources.

Russian forces are also leading an offensive from the pro-Russian separatist lands of Donetsk and Lugansk (east), but the extent of their advance remains unknown.

Fighting raged around and within the city of Sumy (northeast), with the Ukrainian government reporting Russian bombing.

Kyiv remains under Ukrainian control, despite heavy bombing. Western observers noted the presence of a convoy of hundreds of Russian vehicles north of the capital, near Gostomel Airport.

Fierce clashes took place in the vicinity of Gostomel, but the column has made little progress in recent days. Local authorities said Russian forces had killed the town’s mayor.

Ukraine also maintains control of Chernigov, north of Kyiv, whose city center has been bombed in recent days, killing many civilians.

The Russian military appears to have made “little” progress on the ground over the weekend, according to Britain’s defense minister.

The Russians besieged the port of Mariupol, which is still resisting. Attempts to evacuate some 200,000 civilians have repeatedly failed. Both sides blame each other for these failures.

The capture of this strategically important city would allow Russia to connect its forces from the captured Crimea, which had already occupied the main cities of Berdyansk and Kherson and now threaten Mykolaiv, to the west, and the separatist and Russian forces in the Donbass (east).

Odessa, where the main port of Ukraine is located – on the Black Sea -, which is still in the hands of Ukraine, has not been affected so far. But Ukrainian President Volodymyr Zelensky accused Russia on Sunday of preparing to bomb the city.

So far, western Ukraine has largely escaped the fighting. Lviv, its largest city, became a center for diplomatic missions, journalists and Ukrainians seeking safety or fleeing to a neighboring country.

Zelensky said on Sunday that Russian strikes had destroyed the airport in the town of Vinnytsia, about 200 kilometers southwest of Kyiv, far from the vanguard of the invading forces.

Last Wednesday, Russia announced the death of 498 of its soldiers in Ukraine, according to the first announced assessment of its losses in this war, which has not been updated since then.

Observers from Ukraine and the West assert that the balance sheet is much higher. Kyiv says more than 11,000 Russian soldiers have been killed.

The United Nations said on Friday that it had counted 364 civilians killed in Ukraine, including 25 children, a toll that is likely to be an underestimate.

About 1.7 million people have fled Ukraine since the invasion of that country began on February 24, and more than half of them have been received in Poland, according to the latest UNHCR count. (UNHCR).