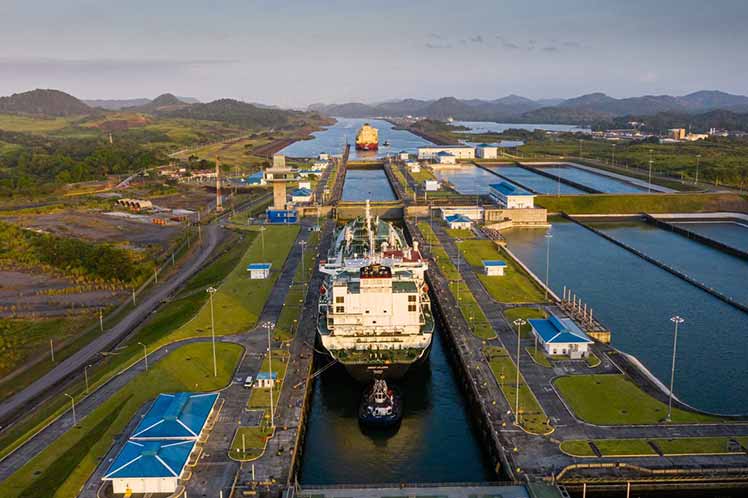 On the escalation of the war between Ukraine and Russia, the panel noted in a statement that both the Canal and the Isthmus could even be the target of a nuclear conflict, based on the concession to world trade from the north as a strategic route. .

According to a text published in the digital edition of the newspaper La Estrella de Panamá, the warnings are in response to the fact that the Central American country is subject to a null neutral agreement and its amendments, which have been permanently acknowledged, which place security and safety. That way under the full responsibility of Washington.

The signatories to the document, Juan Carlos Moss of the National Sovereignty and Peace Council, confirm that the agreement allows US warships to pass quickly, regardless of their weapons, including nuclear weapons.

This creates a clear inconsistency with the 1967 Tlatelolco Agreement, which has been in effect since 1969, and was approved by Panama in 1971 (then-President Juan Antonio Doc) to ban nuclear weapons, so they must pass by sea. Also included is a message signed by former Republican Attorney General, Attorney Alma Montenegro.

The agreement and its reforms seek to authorize the United States to intervene militarily in Panama without the sovereign’s consent, including a declaration endorsed by eminent analyst and foreign policy expert Julio Yao.

In this sense, the signatories of the statement, including Daniel Vargas, president of the Panama University Teachers’ Union, are telling the world that their people are neutral in this and any other conflict and that they will not do so. Collaborate with the American Army on any adventure.

In that sense, they cite Article 141 of the Constitution to reject the 1977 agreement, and to permanently sign it, while at the same time rejecting the executive’s silence on the matter.

They oppose the illegal militarization of Panama and any US intervention.

In addition, they are advising Panamanians to seek a Constituent Assembly that thinks about national interests, one of which is the desire to be a truly neutral country.

They promise that until the current government or the next government formalizes this condemnation through international mechanisms, it will be sustainable and a mandate for present and future generations.