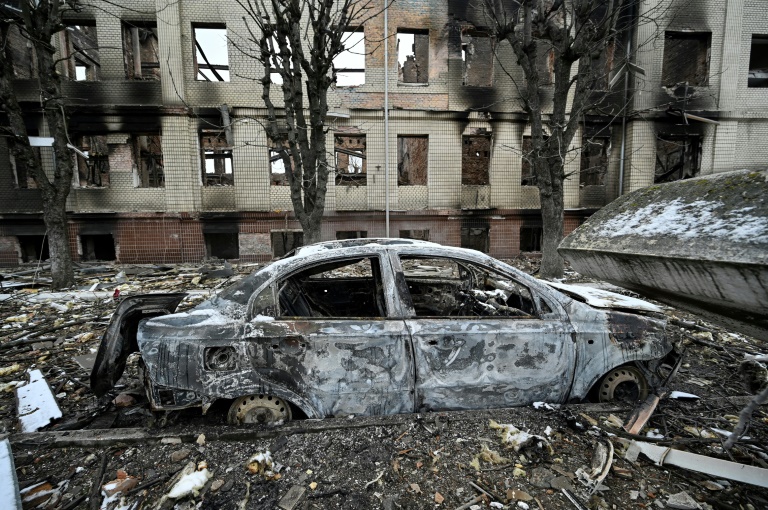 “The Russian airborne forces have landed in Kharkiv,” the Ukrainian military said in a statement on Telegram. Fighting in this city of 1.4 million people near the border with Russia, which was already targeted Tuesday by several bombings, was reported to have left at least ten dead and more than 20 wounded, according to local authorities.

“Practically there is no longer a region in Kharkiv where an artillery shell has not yet landed,” said Anton Gerashchenko, an adviser to the Ukrainian Interior Minister.

The attacks come on the seventh day of Russia’s offensive on Ukraine, which began on February 24, and which intensified further on Tuesday and sparked widespread condemnation. The United Nations General Assembly was also called to vote on Wednesday on a draft resolution aimed at condemning Russia and calling for an “immediate” withdrawal of its forces.

For US President Joe Biden, his Russian counterpart was wrong when he “thought that the West and NATO would not respond” to this invasion.

“Putin is now more isolated than ever from the rest of the world” and “we are ready, we are united,” the Democratic president said during his first State of the Union address in Washington.

President Biden added that in the fight against “authoritarianism,” “democracies exist,” calling on the US Congress to give a standing ovation in support of the “Ukrainian people” who are “not afraid of anything.”

A future attack on Kyiv raises concerns about a large number of casualties in this city, which usually has a population of nearly three million and has a rich historical heritage.

Pictures taken by the American satellite image company Maxar showed a Russian convoy stretching for tens of kilometers and heading towards the capital.

“We have a general feeling that the movement of the Russian army (…) towards Kyiv is stalled at this point,” a US Defense Department official said, referring to the Ukrainian resistance but also to “logistical” problems. Food and fuel supplies.

On the other hand, Russian forces seem to have advanced into southern Ukraine, on the shores of the Sea of ​​Azov.

And in the port of Mariupol, more than a hundred people were injured on Tuesday in a Russian fire, according to Mayor Vadim Boychenko.

In Kherson, the entrances of which were already under the control of Russian forces, the latter took control of the railway station and the port during the night, local media quoted the city’s mayor Igor Kulekhaev as saying.

The Ukrainian Defense Ministry also indicated at night that it feared an attack from Belarus after it indicated “significant activity” of aircraft in the border area, and convoys of vehicles carrying food and ammunition were seen there.

– ‘Stop the assailant as soon as possible’ –

The Russian Defense Ministry has claimed that its forces advancing across the coast from Crimea have joined forces in the breakaway pro-Russian Donetsk region, giving them strategic territorial continuity.

The information was immediately unverifiable.

Shortly before, the Ukrainian army claimed to have thwarted this attempt.

The International Court of Justice, the United Nations’ highest judicial body, which was arrested by the Ukrainian government accusing Moscow of plotting to commit genocide, also announced hearings on March 7 and 8.

Above all, despite the historical economic sanctions.

A few days ago, “some Russian banks” were excluded from the Swift messaging system, a key cog in international finance. As a result, a bankruptcy procedure will be opened regarding the main European subsidiary of Russia’s largest bank, Sberbank, the European Union banking regulator announced.

US payment card issuers Visa, Mastercard and American Express announced Tuesday that they have taken measures to prevent Russian banks from using their network.

Several giants of the US economy, from ExxonMobil to Apple via Boeing and Ford, announced on Tuesday that they were moving away from Russia.

Joe Biden announced a ban on US airspace for Russian aircraft, as the European Union and Canada have already done.

For their part, oil prices continued to rise, Wednesday, exceeding a barrel of Brent crude of $ 110 for the first time since 2014, before the meeting of the Organization of the Petroleum Exporting Countries and its allies (OPEC +), Wednesday.

The same for wheat and corn prices, at a record level in Europe.

In addition to economic sanctions, to which should be added demonstrations of solidarity with Ukraine in many countries, Russia has been excluded from many events, from the 2022 FIFA World Cup to the Davis Cup Tennis, passing through the Cannes Festival.

Since the start of the Russian invasion on February 24, one million people have been displaced within Ukraine itself and more than 677 thousand have left for neighboring countries, according to the United Nations High Commissioner for Refugees.

The World Bank has announced $3 billion in emergency aid to Ukraine, of which at least 350 million could be released this week.

Long queues of cars continued to head towards the Polish border, from Lviv, the large city in western Ukraine that has become a gateway and retreat center for Ukrainians as well as Western embassies.