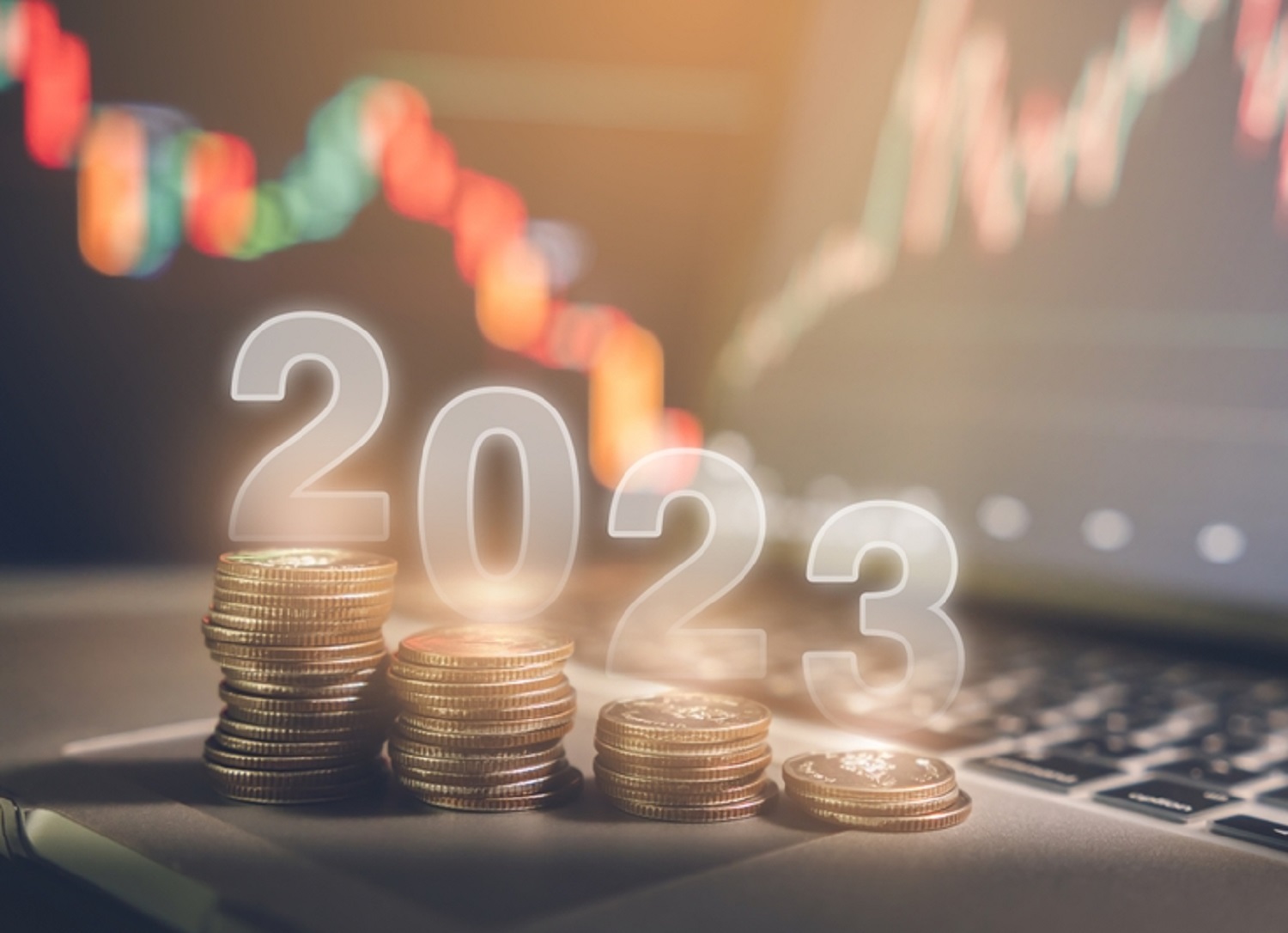 The main reasons for these developments were the war in Ukraine, along with persistent inflation and high interest rates.

A “carnage” in US stocks in 2022, dominated by Fed rate hikes aimed at curbing the highest inflation rate in 40 years.

After the worst year for global stocks in more than a decade, and an unprecedented bond slump since 2000, some investors are taking nothing for granted in 2023.

Analysts say that “perpetual” inflation, problems in China, war in Ukraine, emerging market slump and the return of Covid are the risks that could push markets into turmoil again.

As they make clear, stocks will come under severe pressure in the first half of 2023, as company sizes shrink, growth is weak, inflation is at record levels, and central banks continue to raise interest rates.

In the second half, there will be a gradual recovery as the Fed is expected to have completed its cycle of rate hikes, but that won’t be particularly impressive, with the leading stock indices ending 2023 at levels not much higher than those in 2023. 2022.

Perhaps the biggest question affecting stocks as the new year begins is whether the economy is heading into a recession, as many investors expect.

If a recession begins next year, stocks may be preparing for another decline. A bear market has never bottomed out before the onset of a recession, as historical evidence has shown.

See also  Two deals in the banks presented as facts ... and broken - JP Morgan with Viva Wallet and Pancreatia with Chania

Recessions tend to hit stocks hard, with the S&P 500 down an average of 29% during recessions since World War II. However, these declines are usually followed by a strong rebound.

Investors are also concerned that corporate earnings estimates may not have fully accounted for a potential slowdown, causing stocks to suffer larger losses.

The bear market is not over, in Goldman Sachs’ view, as the conditions that usually apply when stocks hit bottoms have not yet been met. For a sustainable recovery to begin in the markets, we will first need to see lower valuations (and in line with those seen in the recession), all the way to bottoming out in flagging growth momentum and peaking interest rates.

Shares have yet to “see” a bottom, according to Deutsche Bank, and estimates they will drop as much as 33% in the third quarter of 2023.

Despite the losses in 2022, global equity markets have room to fall significantly further, Barclays believes, adding that in its investment strategy for 2023, if one had to choose, one would have to prefer bonds over stocks. However, he believes cash positions would be by far the better strategy.

US and German bonds – benchmarks for global debt markets and traditional safe havens in turbulent times – lost 16% and 24%, respectively, in dollar terms.

US Treasury bonds may show their worst annual returns since 1788, but there is potential for a strong recovery in 2023. Bank of America is urging investors to “bet” on bonds in 2023 and, after looking at 250 years of history, concludes that bonds are heading for yields Bullish in 2023.

JPMorgan Chase & Co said investors are finding value in bonds for the first time in a decade as higher interest rates make fixed income attractive. BlackRock is making an “overweight” recommendation for bonds because it “sees” continued inflation.

The dollar index against six major currencies gained more than 8% throughout 2022, but lost more than 7% in the last quarter amid expectations that the Federal Reserve may not raise interest rates as often as in the past.

So far, investors have turned to the dollar to protect themselves from market volatility fueled by soaring global inflation, soaring energy prices, and Russia’s invasion of Ukraine.

It is possible that the dollar’s rally in 2022 has reached the point where interventions or a deep recession may reverse this trend.

Recently, however, short positions in the dollar have been increasing. In futures markets, investors moved into a net short against the US dollar for the first time in 16 months in November.

A continued decline in the dollar may depend on the Fed’s ability to contain inflation enough to eventually ease monetary policy.

By the end of September, the dollar’s strength jumped this year in the face of rapid interest rate increases by the Federal Reserve.

A slowdown in the Fed’s rate hike schedule and weak inflation in the US are tipping center stage for the EUR.

The interest rate differential between the Fed and the European Central Bank will be key for EUR/USD in 2023.

In particular, the central question in the coming year in this regard will be whether the Fed or the European Central Bank will be the first to cut interest rates again.

But the technical analysis also shows the recovery of the euro.

With the price of Crude Oil currently hovering around $75-80 per barrel, many analysts believe that the $100 mark is at the end of the road. But first, the price will “drop” to $50 (Citi expects $45), due to the economic slowdown.

Some analysts estimate that when the price of crude oil “falls” to $50, demand will be stimulated and prices will rise again.

Goldman Sachs expects a 30% drop in the price of natural gas in Europe, due to a better picture of existing reserves. The price will drop to 85 euros in the first quarter of 2023, but she “expects” to increase it to 250 euros next summer.

Gold may be disappointing for its fans, as it has not yet proven to be a safe haven in times of high inflation, but recent estimates predict that the yellow metal will rise to $4,000 an ounce from around $1,800 today.

The price of the precious metal could rise to between $2,500 and $4,000 sometime next year, estimated York Kenner, managing director and chief investment officer at Swiss Asia Capital, in particular, against the backdrop of rising inflation and the risk of a recession.

Any prediction of how cryptocurrencies will perform in 2023 is difficult, though some analysts “see” a post-chaotic rebound in 2022. Bitcoin ended 2022 with a 60% drop in price, while the broader cryptocurrency market saw its market cap shrink by $1.4 trillion. dollars, due to rising interest rates and the collapse of Sam Bankman-Fried’s FTX empire.