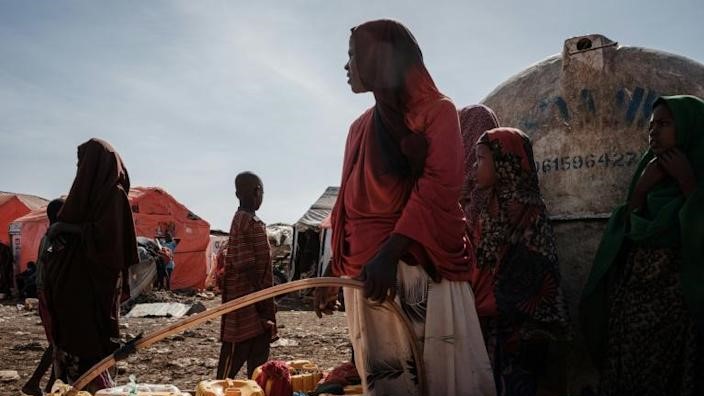 In these areas where the population lives mainly from livestock and agriculture, the last three rainy seasons since the end of 2020 have been marked by poor rainfall, in addition to a locust infestation that destroyed crops between 2019 and 2021.

“The Horn of Africa represents 4% of the world’s population but 20% of the population is food insecure,” noted on February 11th the Director of the World Food Program (WFP) for East Africa, Michael Dunford.

According to the United Nations, 5.7 million people need food assistance in southern and southeastern Ethiopia, including half a million malnourished children and mothers.

In eastern and northern Kenya, where the president declared a state of national disaster in September, 2.8 million people need assistance.

In Somalia, the number of people classified as severely hungry could drop from 4.3 million to 4.6 million by May, if no urgent action is taken. The authorities declared a humanitarian emergency in November.

In this country, “malnutrition has reached crisis levels,” UNICEF Somalia spokesperson Victor Shinyama recently warned, calling for “action now”: “If we wait for the situation to deteriorate or famine is declared, it may well be the case. . Too late”.

We are close to disaster

In 2017, early humanitarian mobilization prevented famine in Somalia, in contrast to 2011 when 260,000 people – half of them children under the age of six – died from starvation or hunger-related disorders.

“There is a very small window for action (…) We are already on the brink of disaster,” FAO’s Director of Emergency and Resilience, Rein Poulsen, said last week.

“We have (…) until the middle of this year to June – a very narrow window – to step up urgent measures and avoid the worst case scenario,” he said.

In addition to the immediate dire consequences, water shortages and pasture scarcity are also sources of conflict, especially among pastoralists.

Livestock – a basic way of living in this region – is dying in droves. In Kenya, at least 1.4 million head of livestock have died, according to the National Drought Management Authority (NDMA).

In this country famous for its reserves and nature parks, wildlife is also under threat.

Many cases of death of wild animals (giraffes, antelopes …) due to lack of water and food have been recorded.