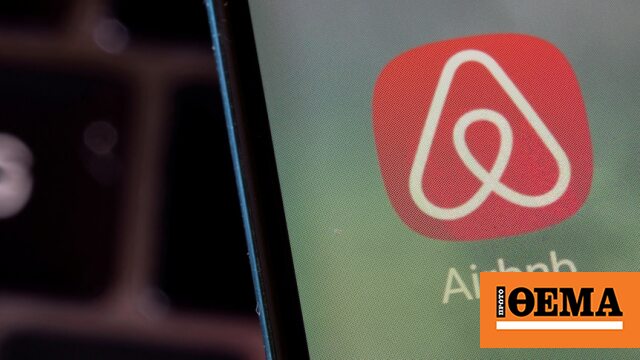 Short term home rental service Airbnb Information must be shared from Lease contracts in a tax authority And yes The tax is withheld based on the national tax systemAccording to today’s decision Court of Justice of the European Union.

The decision comes in response to an appeal by Airbnb against Italian law that has been required since 2017 Airbnb and other short-term rental sites for sharing information from rental contracts with tax authorities and withholding 21% tax of rental income and report it to the tax authorities.

The company has challenged the legislation in an Italian court, arguing that taxes and other obligations contravene the European principle of freedom to provide services in a bloc. 27 member states. Then the Italian court asked Opinion of the Court of Justice of the European Union.

“Federal law does not oppose either the obligation to collect information or to withhold taxes imposed by a national tax system,” The Court of Justice of the European Union said in a statement. On the contrary, the obligation to appoint a tax representative constitutes a disproportionate constraint on the free provision of services..

This is how AADE will reveal the hidden income from Airbnb

In Greece Now, as published last November by APE-MBE, VolWays to reduce as much as possible the concealment of income earned through it Short term leases – type Airbnb – They are looking to the Ministry of Finance, with the aim of reducing tax evasion that has “flourished” in the past few years in a particular sector, and on the other hand, to erect a security wall against the unfair competition that plagues the tourism industry and at the same time cause heaps of protests.

The Ministry of Finance decided to use all available means to limit this phenomenon, and at the same time, if necessary, to strengthen the institutional arsenal with a new legislative intervention.

What you have decided for now is to make a paper and a feather All transactions executed through short-term leases. AADE already “runs” a series of electronic checks, while a large number of checks are made on tax returns, information from the Airbnb and Booking.com platforms, as well as on credit cards and bank accounts, with one and only goal: to reveal hidden income .

Moreover, it’s no secret that some short-term rentals are either underpriced or not priced at all, creating yet another hotbed of “black money”. At the same time, landlords who rent out their properties are being targeted through listings on social media (such as Facebook and Instagram).

The beginning of the checks will be conducted by the AADE, with Airbnb-style property owners and managers who have not declared their AMA number on online short-term rental platforms where properties are booked or have declared incorrect information about their properties.

This will be immediately followed by a tax audit of the income declared by owners of short-term rental properties. The AADE will cross-check data sent from online short-term rental platforms with income shown by taxpayers on tax returns, specifically on an E2 form.

In cases where it is proved that the properties either have not been declared in the Short-Term Residence Property Register or have been posted on digital platforms without a clear reference to the AMA number, ESL code or notice number Unique (UNIN.), then the details of the property and managers are sent to DOY. For tax defaulters, the tax authority will “seize a suit” with additional taxes and fines of up to €5,000.

See also  When will the elections be announced: Announcements are coming for the “blue” ballot

With the notices that the AADE will send, it will demand immediate compliance from the taxpayer. Those who do not make the necessary corrections, either by announcing an AMA or by correcting any errors and omissions in their property details, in addition to being fined €5,000, will see their property deleted from the digital platforms on which they posted and exploited their property.

While the AADE plans to conduct tax audits on those who exploit properties like Airbnb, POMIDA in collaboration with the Federation of Short-Term Rental Companies of Greece sent a letter to the Prime Minister and relevant ministers, noting that measures are in place. Promoting legislation against short-term rentals does not It leads to no regulation, even a complete financial strangulation of property owners, their managers, employees and families, but also suppliers, entrepreneurs, shopkeepers and communities in our country.

Landlords and representatives of short-term leases are calling for “dialogue before it’s too late, for a regulation that does not unilaterally target the interests of the hotel owners but the general interest of the country and its society, so that we all emerge as winners, and above all our country’s tourism.”

* Restrictions on overnight stays will “harm” the country’s tourism product and push successful people into the underground economy and tax evasion.

* The right of municipalities to set a maximum percentage of homes for short-term rent can only make sense if vacant homes are taken into account.

* The right of general associations of apartment buildings to decide whether to allow short-term rentals, when not prohibited by regulations, would literally turn assemblies into “boxing rings”.

See also  The cash transaction limit will be reduced again

* Any imposition of VAT will “hit” the product.

* Municipal taxes in a clear legal system can be fair after discussion of their type and amount.

Kylie gave explanations for an hour, in the afternoon the decision – the plot was booked on Paros

The nurse describes what people do before they die

The Christmas Super Tax Lottery Draw has taken place – check if you won €100,000