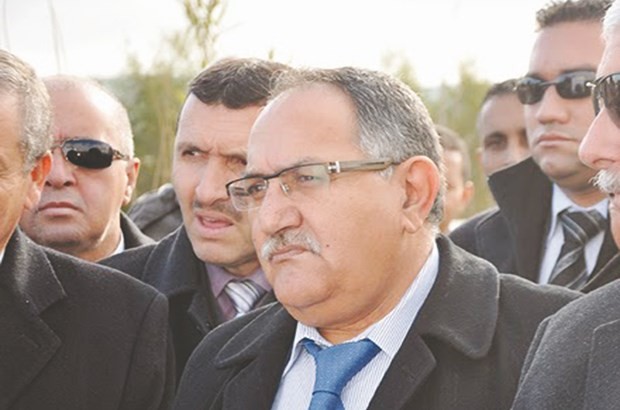 On Thursday, the Algiers Special Court of Sidi Mohamed issued prison sentences against three former ministers of public works for their involvement in corruption cases. They are Ammar Gul and Abdelkader Al-Qadi, who were sentenced to four years in prison and a fine of 200,000 Algerian dinars, as well as Abdelkader Wali, who was sentenced to three years in prison.

The Economic and Financial Criminal Chamber of the Court of Sidi Mohamed also sentenced businessman Ali Haddad to four years in prison, accompanied by a fine of 200,000 Algerian dinars. They were accused of squandering public funds, corruption, and giving them undue benefits in a case related to the construction of a porous east-west highway linking it to the state of Ain Defla.

A ruling was issued for the confiscation of all lands and movables and the seizure of bank accounts by order of the investigating judge in the Economic and Financial Sanctions Department against these convicted former officials, with a compensation of 100,000 dinars being paid to each of them in favor of the ruler. public treasury.

The prosecution demanded 10 years in prison for Ali Haddad, Ammar Gul, Abdel Qader Wali and Abdel Qader Al Qadi, and a fine of one million dinars each.

Extensive investigations into cases of corruption and nepotism that began after the resignation of former President Abdelaziz Bouteflika in April 2019, under pressure from an unprecedented popular protest movement “Al-Hirak”, led to a series of trials that are still ongoing.

Many personalities and former political leaders, as well as powerful presidents, civil servants and senior military officers were tried in the course of these trials. They are being prosecuted, in particular, for corruption and illicit enrichment.

Supporting LesEco.ma in its media mission

At this difficult time, LesEco.ma needs your support. Your loyalty and commitment is crucial to the sustainability and development of our website. If you want to support our mission, donate for free by watching an ad