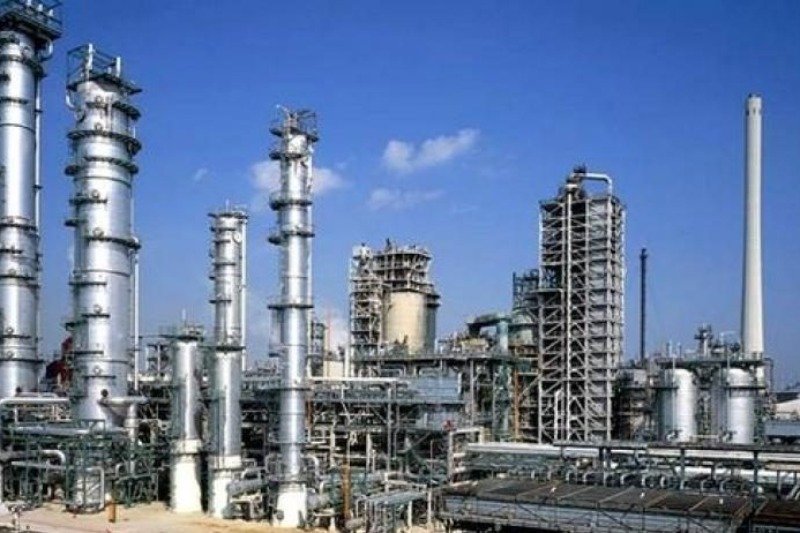 Westerners have begun courting Algeria in recent days amid the crisis between Russia and Ukraine. For its part, Algeria, which has a role to play, wants to take advantage of the crisis to position itself as the “savior” of Europe, despite the supply currently closed due to its limited production.

The statements of Algerian officials testify to the embarrassment. The words of the Algerian president and the head of the Algerian hydrocarbon company Sonatrach are the same. Algeria is a “reliable supplier” to the European market, no more.

Despite being one of the world’s leaders in the production of natural gas and liquefied gas (LNG), Algeria does not produce enough gas to make up for the shortfall in Europe.

The tenth global producer and fourth exporter, the first exporter of liquefied natural gas (LNG) the eleventh world reserves of natural gas, Algeria has strong potential, but nevertheless remains the third supplier of gas in Europe (11%), and the old continent needs to search for other sources to meet Its 40% dependence on Russian gas.

Countries as a whole are actively looking for ways to replace the gas supply provided by Russia, which accounts for about 20% of the world’s natural gas production, which is replacing the world’s largest exporter.

The idea is for the countries that have the largest gas resources and are under exploitation to increase their production instead of buying in the global market. This is above all the United States, which produces approximately 20% of the world’s supply, is the second largest gas producer in the world, but buys the majority of its gas from China, Canada and Arabia.

In addition, the United States, which has just stopped importing oil, gas and coal from Russia, is interested in the Algerian market to avoid producing more and instead exploiting third-party resources. It is evident from the visit of a delegation of American businessmen interested in water resources, renewable energies and hydrocarbons, for a period of 4 days in Algeria to monitor the potential of the country and what can be benefited from.

A second US delegation is scheduled to arrive in Algeria in June, according to the General Confederation of Algerian Enterprises (CGEA), and Washington is already planning to set up an Algerian-American business forum before the end of 2022, the first between the two countries.

The US response comes in the wake of several European maneuvers interested in Algerian gas that have taken place since the end of February, such as the unexpected visit on February 28 of the Italian head of diplomacy, Luigi Di Maio, to Algiers.

The latter announced on Twitter that his visit falls within the framework of discussions of “energy security in Europe”, especially Italy itself, which depends 45% on Russian gas and 35% on Algerian gas.

The Italian minister sought to start talks with Algeria on “increasing gas supplies” to compensate for the shortage of Russian gas. Italy intends to diversify its “energy sources as quickly as possible to reduce this dependence,” Italian Prime Minister Mario Draghi announced, announcing the color.

Spain was also stationed, and the head of the Spanish government, Pedro Sanchez, called on March 6, Algerian President Abdelmadjid Tebboune, in the same context.

Italy and Spain are the main carriers of Algerian gas in Europe via two gas pipelines. A third linked Algeria to Spain via Morocco, but the Algerian regime decided to close it in the wake of its diplomatic crisis with the Kingdom.

Spain is seeking guarantees from Algeria, but it nevertheless remains cautious and has not made the neighboring country its first energy partner, preferring the United States.

In the face of the crisis between Rabat and Algiers, which showed a lack of credibility on the part of the Algerian party, which is known for its inconsistent decisions that amount to a “personal” and “emotional” management of the country’s politics, the Spanish authorities have not. Trust Algeria, even with President Tebboune’s verbal assurances. Madrid already imported 68.8% of its natural gas needs in December, compared to 47.6% in the same period last year when the gas pipeline with Morocco was operational.

Thus, Spain turned to the United States to purchase most of its gas needs, 12,472 gigawatt-hours (GWh) of natural gas via LNG tankers, compared to 8801 in Algeria, according to data from the Enagas Statistics Bulletin, which represents 32.9% of its imports. against 23.2% of Algeria.

But Algeria’s lack of reliability will not be a reason to abandon an unexpected group of hydrocarbons. France can do well, even if the situation is different because the two countries are cold. Even if the relations between Presidents Emmanuel Macron and Abdelmadjid Tebboune are friendly, the two countries have disturbing common files, such as memory files or even without papers, terrorism suspects…

However, France can find a way to improve relations, particularly by showing interest in Algeria. And that’s exactly what Business France, a public body responsible for promoting the French economy internationally, does.

This organization intends to organize the thirteenth edition of “Rencontres Algérie” and this time it will be a question of directing the event more towards Algeria and ways to support the country after the Corona virus crisis.

Events of this kind aim to “strengthen the attractiveness of the Algerian market to French economic operators” and “allow operators to stay informed of key business and partnership opportunities, by deciphering regulatory developments and analyzing sector news”, which led Business France to advance in this direction.

Europeans who keep the map of Algeria under their elbow are betting, above all, on the safest and most trustworthy countries, which will be able to produce more hydrocarbons and quickly fulfill their promises. And according to experts, Qatar will have to bet first.

Even if this country is at its maximum capacity and is bound by contracts with other countries, it can redirect its supplies to Europe in an exceptional way due to the crisis between Ukraine and Russia.

Europeans can turn to other countries richer in gas than Algeria, particularly Norway, which is located on the European continent and happens to be the third largest exporter of natural gas in the world, or even the Netherlands. It will lead to more production, and Canada, which all has more reserves and production capabilities than Algeria.