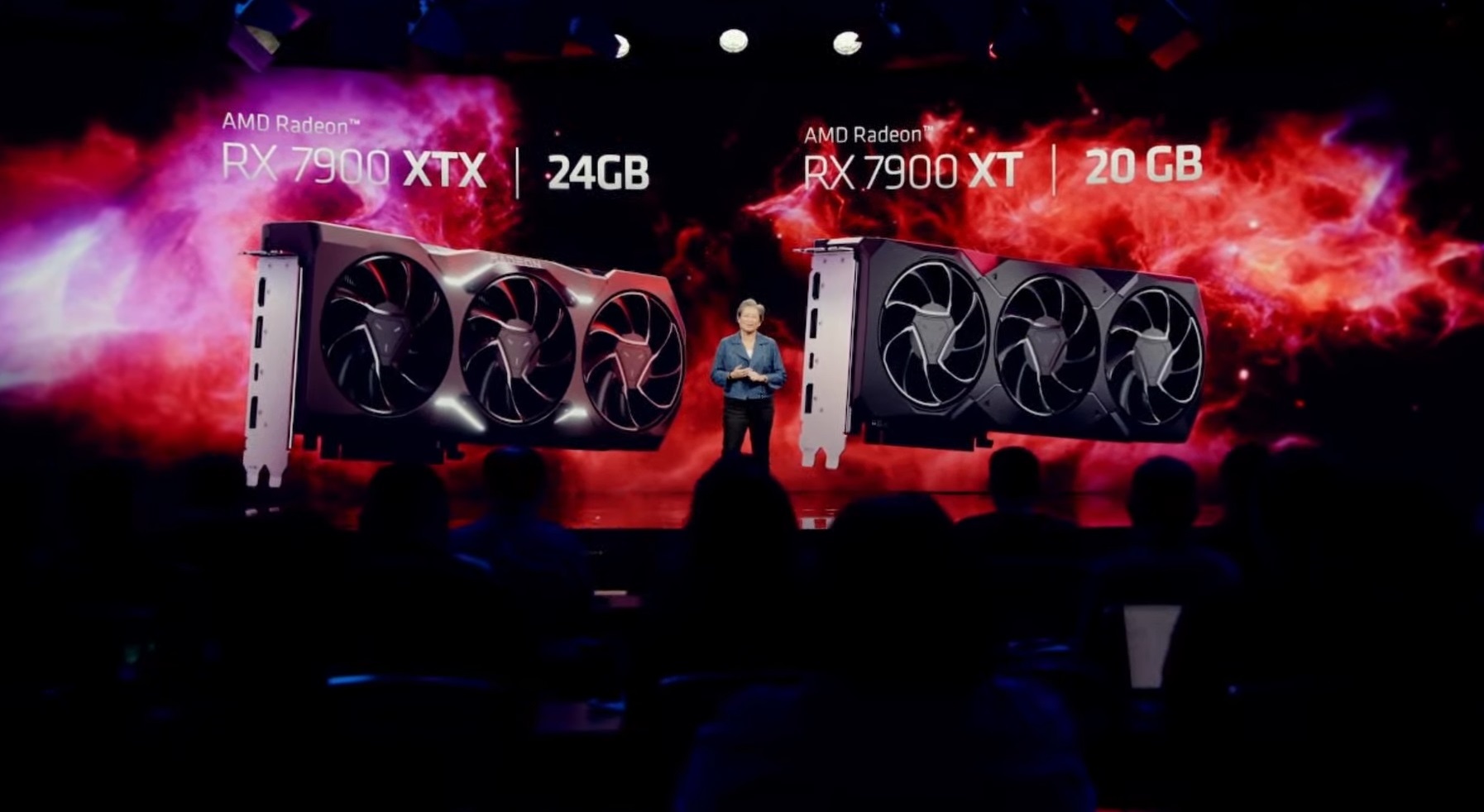 At the Together We Advance Games event, AMD CEO Dr. Lisa Su announced the company’s new Radeon RX 7000 series of graphics cards, which are based on the RDNA 3 architecture with the ultimate goal of dominating the performance/watt segment in all price categories.

The company’s new GPUs are the world’s first to use a more than one-chip package connected by the well-known and impressive high-bandwidth Infinity Fabric and paired with up to 24GB of GDDR6 memory.

With a 5nm fabrication method, 61 TFLOP in terms of computing performance, 5.3 TB/s bandwidth and 58 billion transistors, the new RDNA 3 architecture chipset introduces, as Dr. Lisa Sue, amazing gaming performance. In terms of performance / watts increases by up to 54% compared to the last generation of RDNA 2. 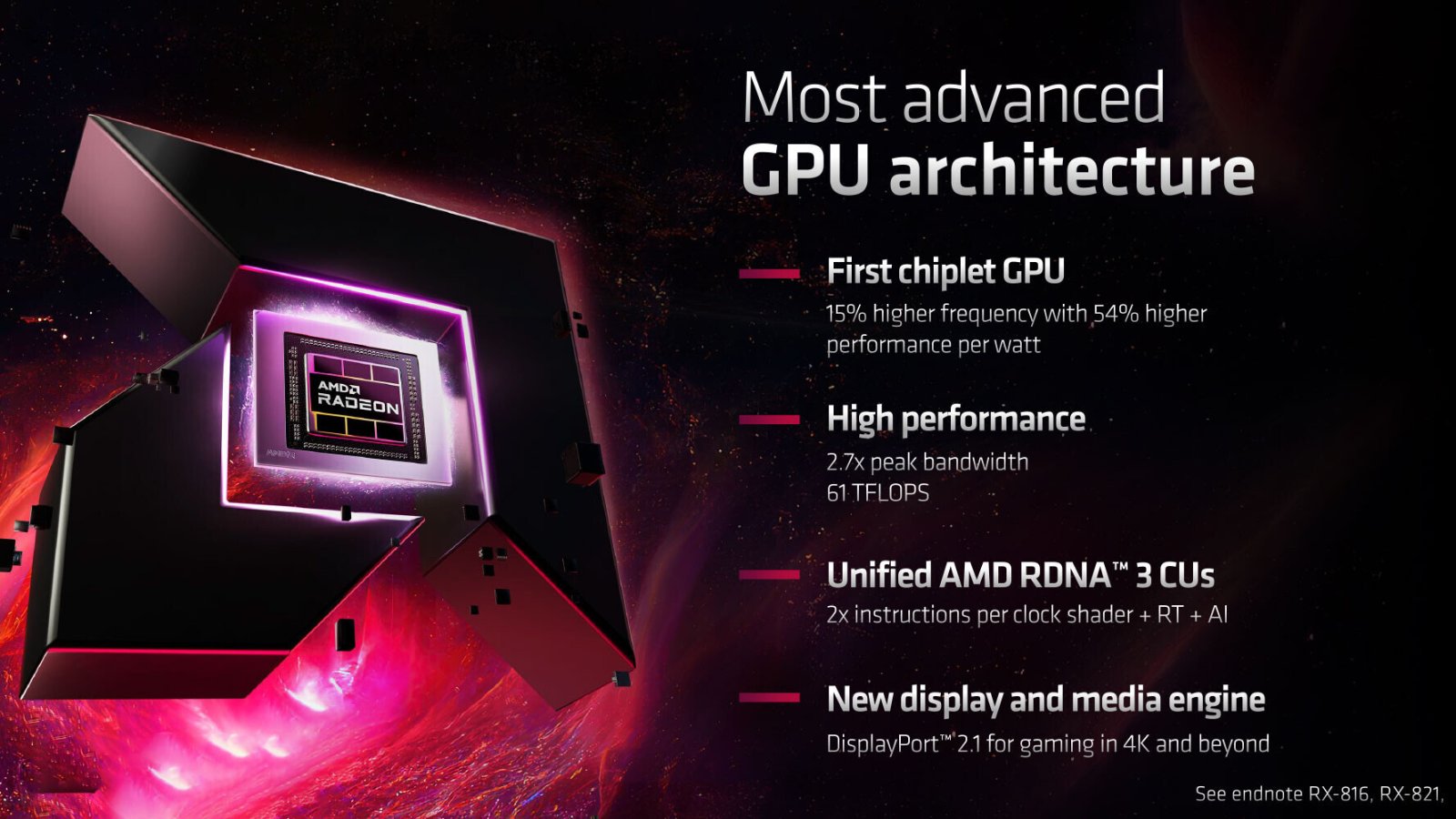 Both graphics cards are based on the Navi 31 GPU, the first multi-chip client graphics processing unit (MCM) for gaming. More specifically, Navi 31 as the GPU codename is MCM with seven logical blocks totaling 58 billion transistors and no HBM (High Bandwidth Memory) stacks, unlike in the past. 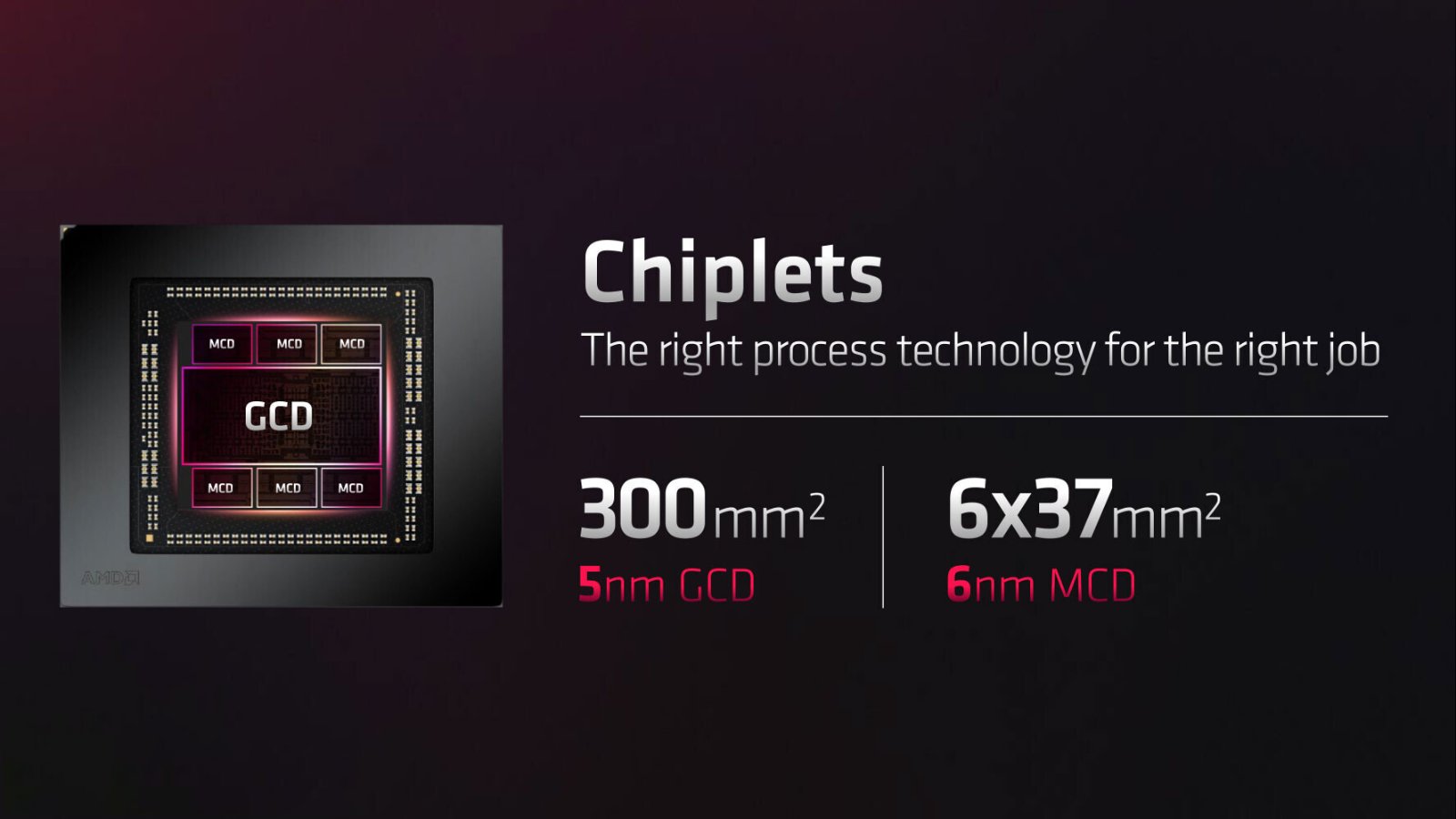 Now, the package includes a large GCD (300 mm²) fabricated at 5 nm and six MCD (6 x 37 mm²) fabricated at 6 nm with an Infinity Fabric hyperlink that handles the ‘connection’ between them. Each MCD includes 16MB of Infinity Cache and a 64-bit bus. In total, the GDDR6 memory input / output width is 384 bits.

See also  Back to the top Undo net code for Super Smash Bros. Ultimate appears in play on Nintendo Switch 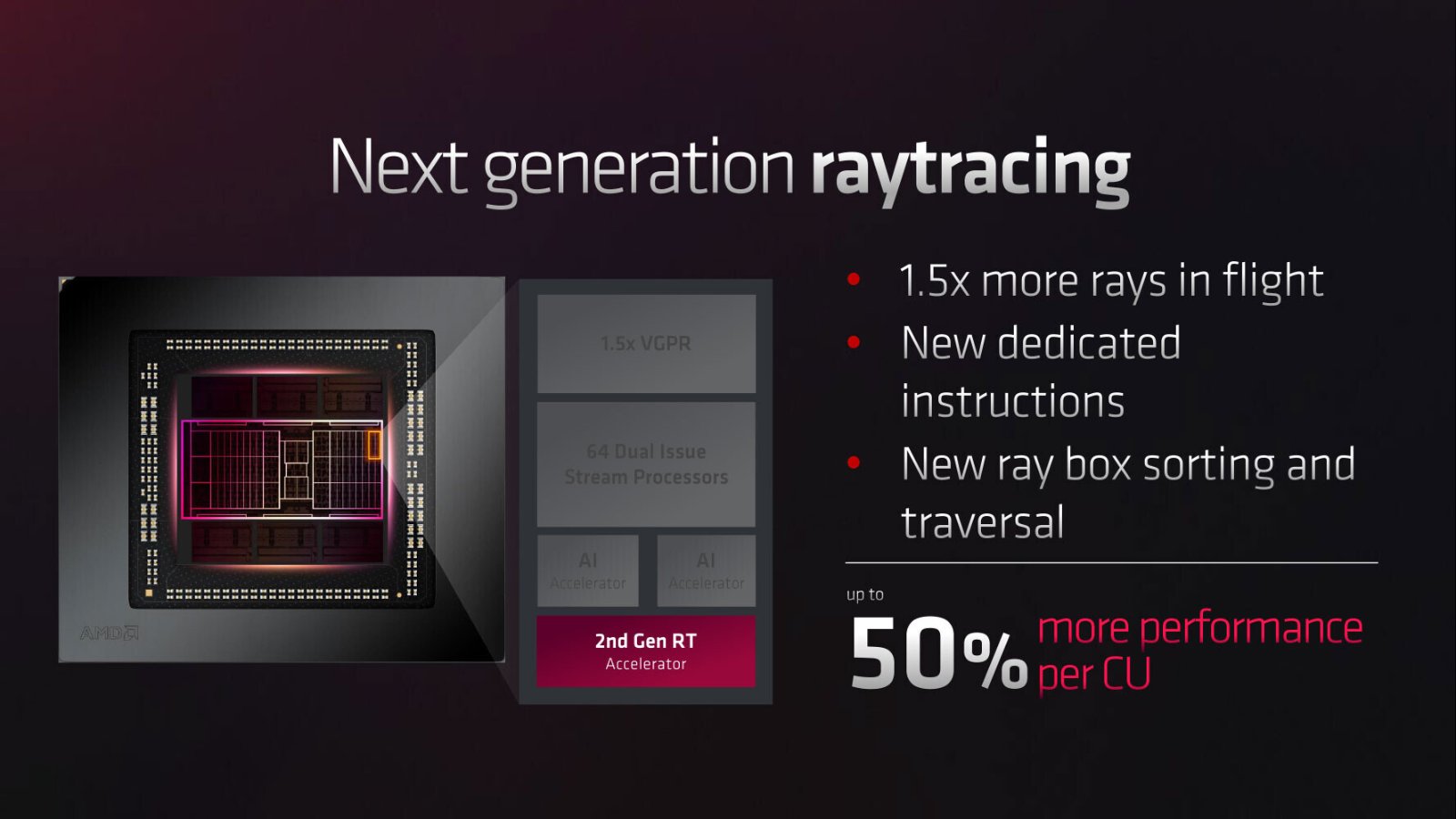 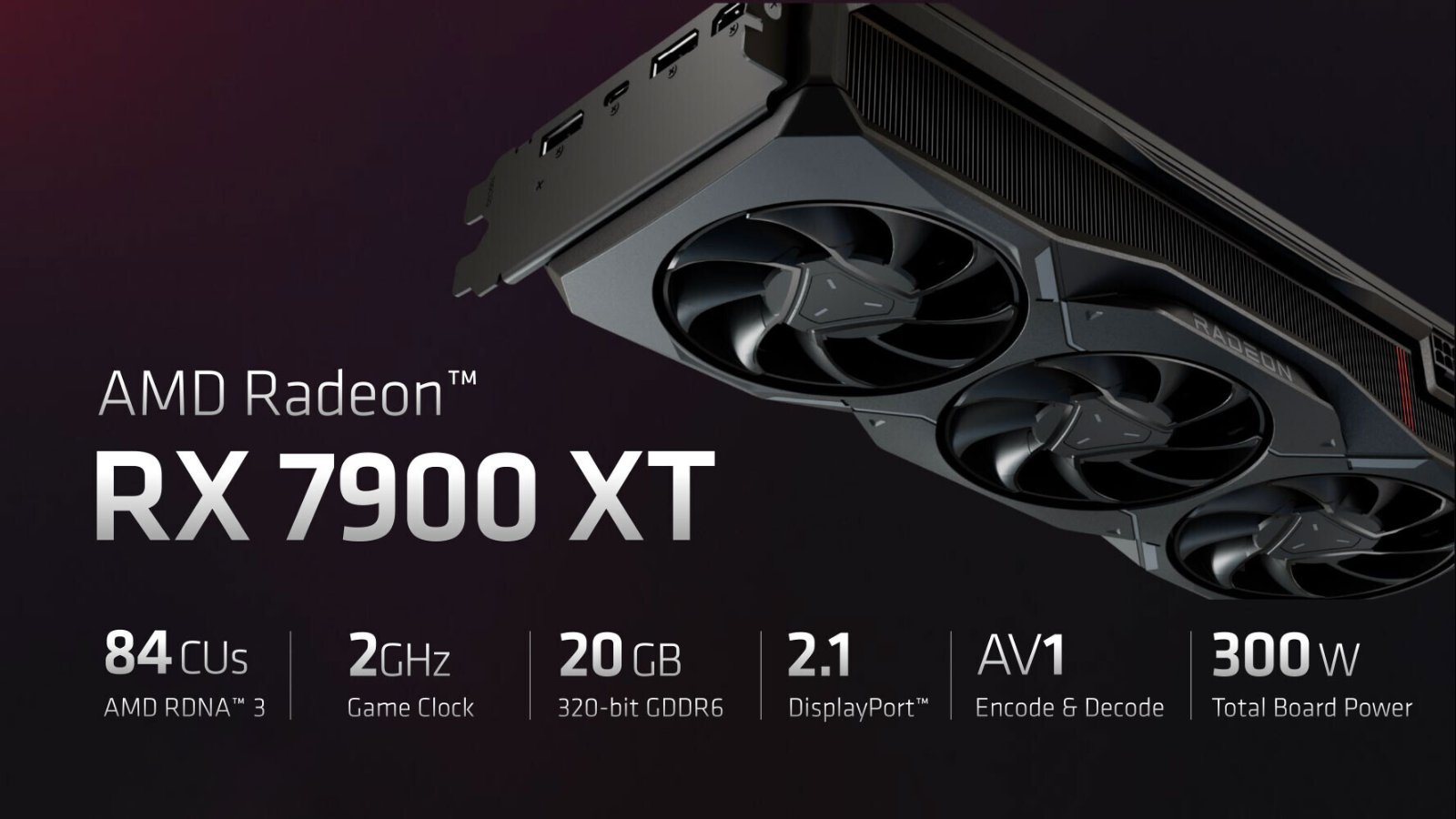 The company also announced the Radiance Display Engine, thanks to which it provides support for the DisplayPort 2.1 standard and thus resolutions up to 4K at 480Hz or even 8K at 165Hz with a single cable. The new dual media engine also provides support for simultaneous AVC/HEVC encoding/decoding, 8K60 AV1 Encode and Decode, etc. According to AMD, the Radeon RX 7900 XTX offers up to 70% higher performance compared to the Radeon RX 6950 XT. 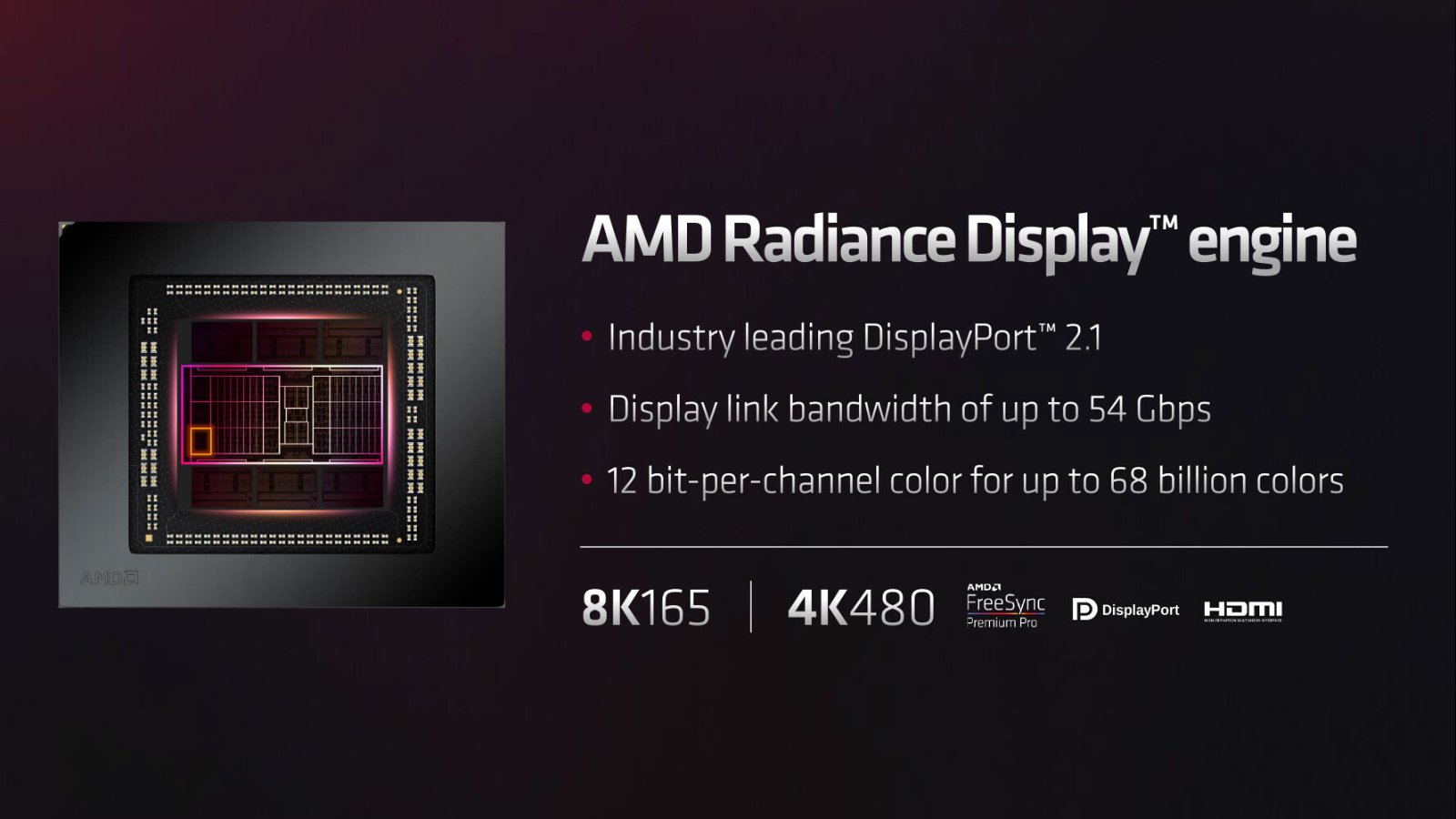 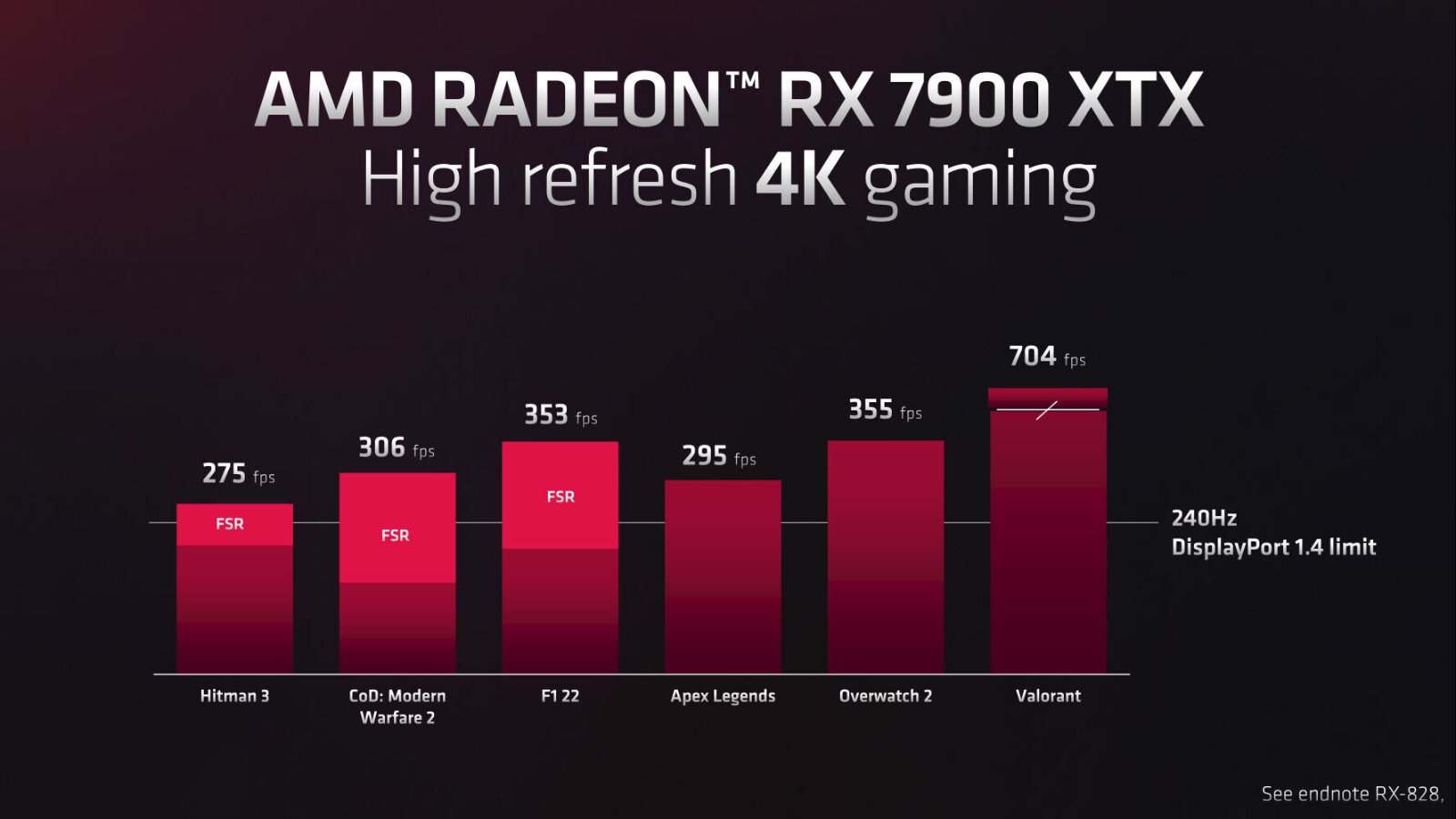 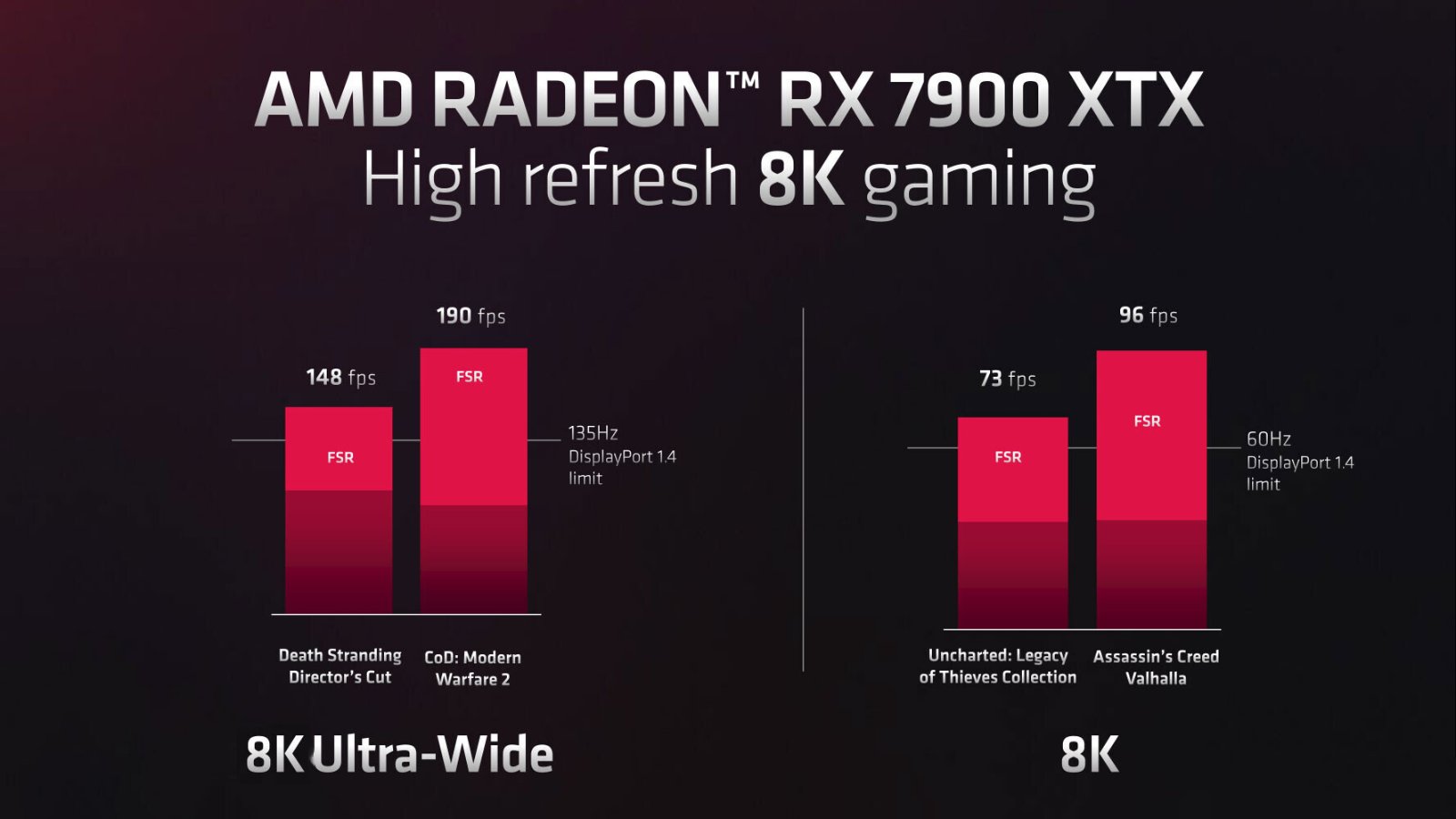