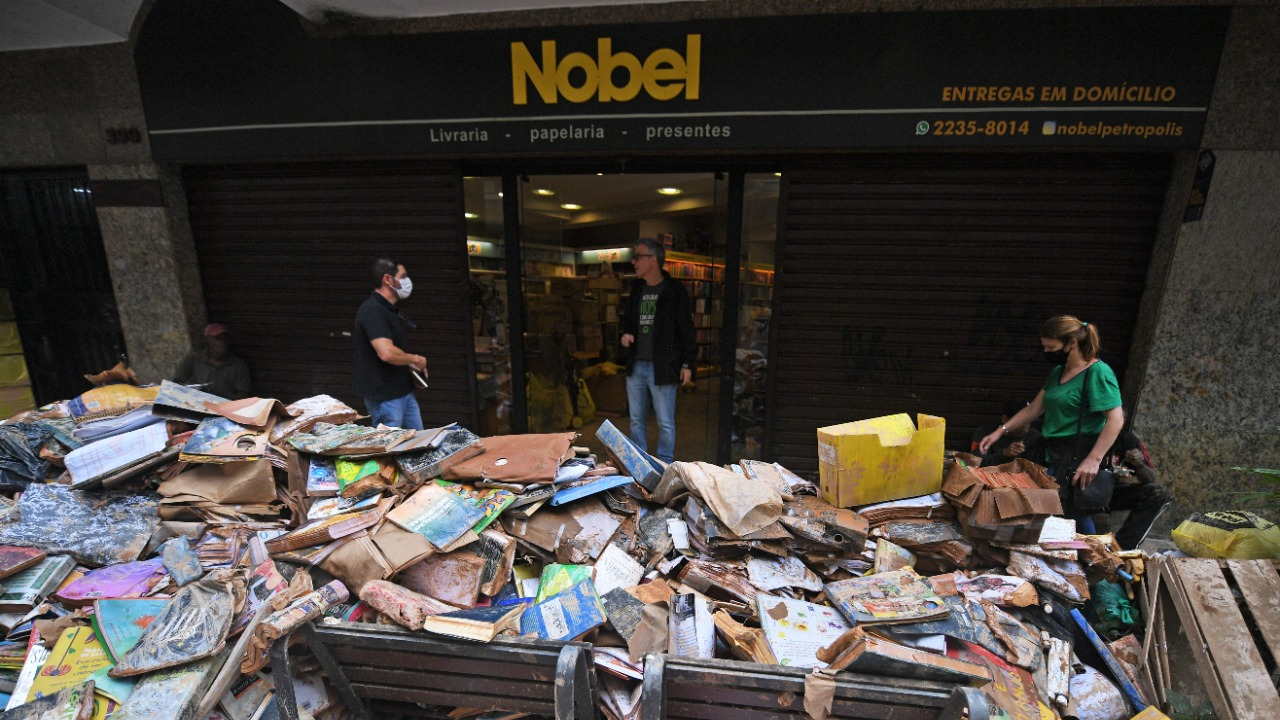 On Sunday, February 20, 2022, authorities announced that the death toll from floods and landslides that devastated the Brazilian city of Petropolis after heavy rains now stands at 165.

One person was killed by a wall collapse in the town of Alegre, while another was swept away while trying to recover a car in Nova Venice, authorities said.

Rescuers and orange-clad residents searching for their missing relatives continue to dig through mounds of mud and debris in this city of 300,000 in the southeast, which Brazilian President Jair Bolsonaro has described as a “theater of war.”

Police said the number of missing has decreased as more bodies have been identified and families have found their loved ones alive, but the final number, which continues to rise, remains uncertain.

But the authorities said it was now unlikely that any survivors would be pulled out of the rubble.

So far 124 bodies have been identified, including those of 28 children.

More than 1,200 people were forced to evacuate their homes.

Pope Francis sent his condolences, yesterday, Sunday, February 20, 2022, at the conclusion of the Angelus Prayer, in St. Peter’s Square at the Vatican.
“I express my closeness to those affected in the last days of natural disasters,” he said, citing “devastated” Petropolis and Madagascar, which were recently hit by deadly cyclones.

He added, “Lord, receive the dead in peace, console their family members, and support those who provide assistance.”

The violent storm that hit Petropolis, 60 kilometers north of Rio de Janeiro, last Tuesday is the latest in a string of deadly rains to hit Brazil, which experts believe has been exacerbated by climate change.

Over the past three months, more than 200 people have died in torrential rains, mainly in the states of São Paulo (southeast) and Bahia (northeast of the country), as well as in Petropolis.

On Tuesday, heavy rains turned the streets of this tourist city into torrents of mud and caused landslides. Petropolis, the former summer residence of the Imperial Court of Brazil in the 19th centuryAnd the Qarn, it received more than average rain for an entire month of February.

The mayor’s office said the municipality had already found more than 300 washed up cars “scattered all over the city, blocking streets and sidewalks or dumped into waterways.”