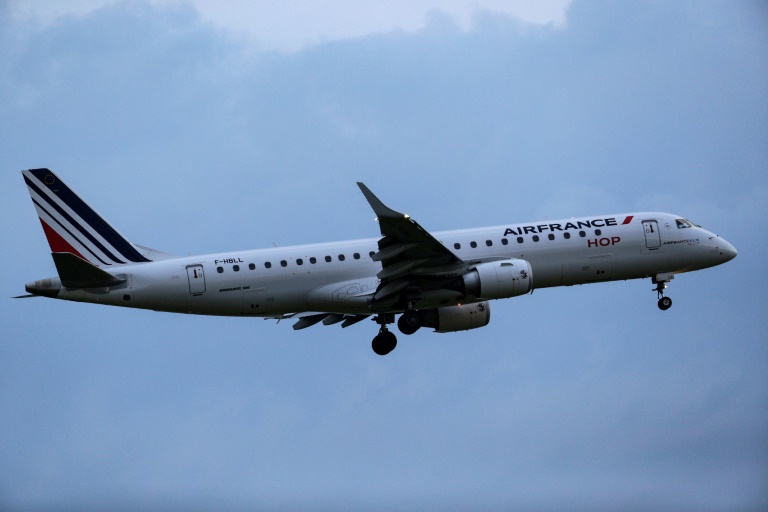 On Monday, Air France announced that it had canceled two flights from Paris, Kiev, Kiev and Paris that were scheduled for Tuesday, in the latest company to cut services to Ukraine amid escalating tensions with Russia.

The French company, which until then provided two sessions per week between Paris and Kiev on Tuesday and Sunday, confirmed that this is a measure that was taken “in light of the situation at the site and as a precautionary measure.”

“Air France will regularly reassess the situation and remind that the safety and security of flights, their customers and crews is imperative,” she added.

Germany’s Lufthansa had already announced on Saturday that it would suspend flights to Kiev and Odessa from Monday until the end of February, simply to maintain contact with Lviv, in the west of the country.

Air France’s sister company, Dutch KLM, took the lead on February 12, announcing the suspension of its flights to Ukraine due to the deteriorating security situation.

The Ukrainian government then stressed that its airspace remains open and that “the state is working to prevent risks for airlines.”

KLM had already stopped flying over eastern Ukraine since the crash of Malaysian Airlines flight MH17 connecting Amsterdam to Kuala Lumpur, which was shot down in this area on July 17, 2014, killing 283 passengers and 15 crew members. Moscow has always denied any involvement.

On Saturday, France also recommended all its nationals to leave Ukraine as the threat of an invasion by Russia became more urgent.

See also  In the face of the Russian threat, Europe imports with vengeance H24info

“It is recommended that not all French nationals residing in Ukraine have a compelling reason to leave the country,” the French diplomat emphasized in her travel advice.

The French who find themselves “in the oblasts (administrative divisions, editor’s note) in Kharkiv, Lugansk and Donetsk,” as well as in the Dnipro region, near Russia, “are invited to leave these regions without delay,” they insisted on the Quai d’Orsay.

And while France announced on Sunday night to Monday the imminence of a meeting between Vladimir Putin and Joe Biden aimed at defusing the crisis, the Kremlin on Monday considered holding such a summit “premature.”

Moscow also accused Ukraine of firing a shell at a Russian border crossing, which Kiev denied. Fighting has escalated in the east of the country between the Ukrainian army and pro-Russian separatists in the past three days.