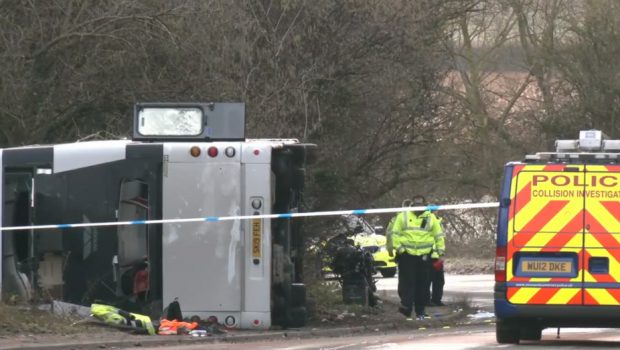 two floors bus Overthrown in Somerset at Britain Which resulted in several injuries. There were 70 people on the bus.

Police authorities and rescue men They have already reached this point.

As far as is known, the bus was transporting workers to the Hinckley Point C nuclear power plant, and an engine driver was also involved in the accident.

It should be noted that low temperatures prevail in the region, which leads to frost.

Authorities in the area received more than 100 calls in five hours.

⬆️ UPDATE: Avon and Somerset Police say a “significant number of police, fire and ambulance units are on the scene” following a double-decker bus and motorbike collision. pic.twitter.com/uFeZ5dpLrO

A ‘major accident’ has been declared after a double-decker bus rolls over on the A39 Quantock Road in Somerset.

Among the passengers on the bus were workers from the Hinckley Point C nuclear power plant.

Emergency services at the scene. pic.twitter.com/5PPf4Tw82K

According to the BBC’s Dan Johnson, some of the injured are in serious condition.

This is the bus that overturned in Somerset this morning. A major accident was announced, many injuries, some of them serious pic.twitter.com/JAtF461imi