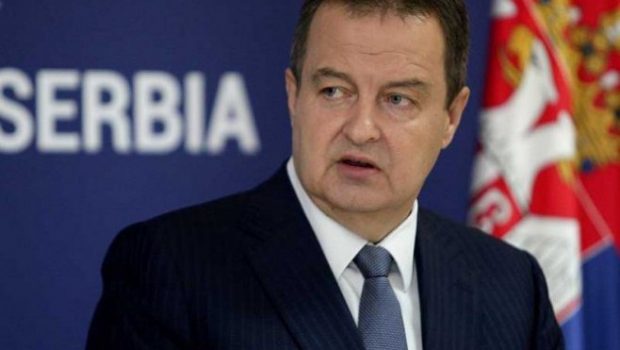 Serbia’s First Deputy Prime Minister and Foreign Minister Ivica Dacic (file photo, above, by Tanjug/AP) believes that Ukrainian Conflict in its characteristics is one World war.

The Russian agency wrote that the head of the Serbian Foreign Ministry expressed this opinion in an interview with the Serbian newspaper Politika published on Sunday. TASS news.

“The Ukrainian conflict is another world war, the special thing is that the armed actions take place in a specific place. In fact, almost the whole world is on one side or the other,” said Ivica Dacic.

“There are initiatives in the United Nations to create a group of friends for one or the other. We avoid participating in such, because being in one of the groups defined in this way puts you in the position of the enemy in relation to the representatives of the other group,” Dacic stressed, answering a question about the possibility that conflict could lead to Ukraine to be classified as cosmopolitan.

He will not participate in the penalties

The Serbian Foreign Minister also indicated that Serbia does not intend to reconsider its position on imposing sanctions on the Russian Federation at the request of third countries, according to what was reported by Serbian media.

“Our basic position remains the same as it was determined immediately after the outbreak of the war in Ukraine at a meeting of the National Security Council,” he added. We consider it wrong to violate the territorial integrity of Ukraine, but the issue of joining sanctions against Russia will depend on our national and state interests, ”the Serbian politician said categorically.

“Our criterion is the interest of Serbia. Western countries have not shown any understanding of the territorial integrity of Serbia, although they have now revived the importance of the principle of territorial integrity. This in no way helps or encourages us to make a decision when it comes to sanctions against Russia.

“Not even Russia’s position” helped us

“However, Russia’s position, which often refers to the case of Kosovo when it talks about the right to secede from certain regions of Ukraine, has not helped us either.

“Neither of the two positions is in our interest because it actually shows how the principles can be interpreted in different ways. We only interpret it in one way – preserving territorial integrity. And for that we have to have a balanced policy.”

Mr. Dacic reminded that regarding the “alignment of Belgrade’s foreign policy with the policy of the European Union”, Serbia is under “constant pressure”.

Adviser to the US State Department Derek Saul, during his visit to Belgrade on January 12, noted that the country’s authorities must decide on sanctions against Russia, otherwise Serbia “will not be able to develop.” Serbian diplomacy.