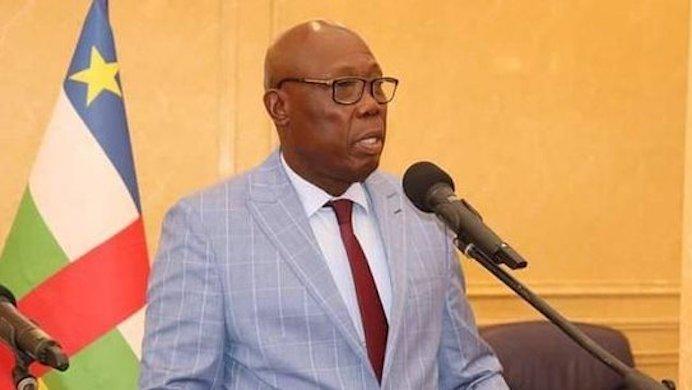 Mallawi retains the same title as Minister of State, Economy, Planning and International Cooperation that he already held in the Dondra government, and now combines this position with that of Prime Minister, according to a decree by Mr. Touadira given in the evening to the press and read on the waves of state radio.

On Monday, the president had “sacked” Dondra from his position, but the latter confirmed to AFP that he had submitted his resignation, eight months after his appointment, and in the context of a power struggle between France and France. A country in civil war for eight years.

Therefore the renewal of an absolutely identical government seems to confirm the analysis made by the local press and the opposition in recent days that the dismissal of Mr.

Dondra was appointed on June 11, 2021, days after France froze aid to the Bangui budget, which Paris deemed a “partner” in an anti-French “disinformation campaign” organized by Russia.

The appointment of Dondra, considered to be more “benevolent” towards France than his predecessor Firmin Ngribada, considered pro-Russian, was a gesture of appeasement to Paris.

Over the course of four years, Russia’s influence has increased significantly, mainly through the mercenaries of the private security company Wagner according to the United Nations and Paris.

Touadira was re-elected on December 27, 2020 in a ballot hotly contested by the opposition, in which one in three voters did not have a chance to go to the polls in a country two-thirds of which was under the control of armed groups.

>>> Read also: A year after the presidential election, the Central African Republic is between a weary Russian ally and rebel attacks

The rebel alliance had just launched an attack on Bangui to oust him. After his re-election, the threatening head of state appealed to Moscow, which already for three years retained many “military instructors” in its army and very influential advisers to the presidency and defense.

Hundreds of paramilitaries then landed in the Central African Republic, “unarmed instructors” according to Moscow and Wagner fighters according to the United Nations and Paris.

Thanks to them, the rebels were quickly repelled, and Bangui regained control of the vast majority of the country.

But the UN accuses CAR soldiers and Wagner – like the rebels – of committing “human rights violations” and, in conjunction with Paris and international NGOs, of appropriating countries’ resources, especially mining.