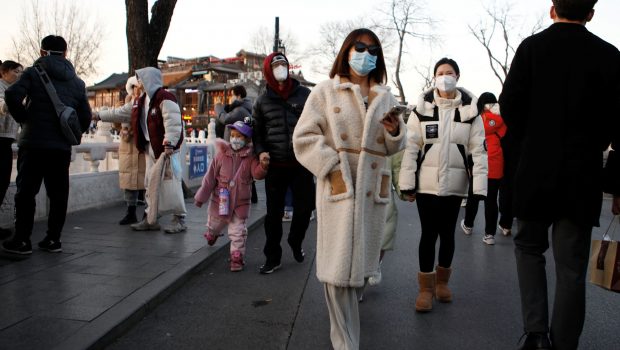 “tsunami” cases Corona Virus Registered in China recently, it is causing concern around the world, as some countries have already begun to take action.

Countries that see the explosion of cases in China as a threat have, in the first phase, begun to take measures for travelers.

Australia and Canada have followed in the footsteps of other countries in requiring travelers from China to show a negative Covid-19 test upon landing in their country.

In particular, the Government of Canada announced yesterday, Saturday, that it will require travelers to Canada who board flights from China to provide them with a certificate of their novel coronavirus test with a negative result.

The measure, which will take effect as of midnight (local time) on Thursday, January 5, applies to all passengers two years of age and older who fly into Canada from airports in China, Hong Kong, and Macau.

Exams must be completed no later than 48 hours before boarding and certificates must be presented to the airline prior to boarding.

The Canadian government said the measure would initially apply for 30 days and the situation would be reassessed as more data became available.

Test from January 5, also in Australia

Exactly the same measure will apply to Australia, as announced by the Australian Minister of Health, Mark Butler.

“This measure is being taken as a precautionary measure,” Butler explained during a press conference. South Korea, Spain and France on Friday joined the growing number of countries, including the United States and India, that made it mandatory for travelers from China. Be equipped with negative tests for the emerging coronavirus.

Meanwhile, the Moroccan Ministry of Foreign Affairs announced that Morocco will impose a ban on arrivals from China, regardless of the nationality of the travellers, as of January 3.

US health authorities announced that travelers from China will be required from January 5 to show a negative test for Covid-19, amid a surge in cases in the sprawling Asian country and concern about Beijing’s “lack of reliable data” on its trajectory. epidemic.

What will happen in Europe?

As the coronavirus rages on in China as scientists knock on the emergence of new, more dangerous mutations, Europe is ready to face the new data.

Following the latest developments regarding the coronavirus in China, Commissioner for Health and Food Safety Stella Kyriakidou has sent a letter to the health ministers of the 27 member states.

Ms Kyriakidou states in the letter that “The European Commission is closely monitoring developments in China regarding the alarming increases in COVID-19 cases there and the potential impact on travel from China to EU member states when new Chinese travel arrangements are in place in January. , noting that it is important to make a joint assessment of the potential impact of the evolving situation and that there is a need for good preparation to protect European citizens.

In addition, the Health Commissioner notes that at the EU level, some “key messages” are expected in the coming days for travelers from the EU planning to travel to China, for people coming from China into the EU, as well as for airline and airport staff.

See also  The 37-year-old, who married her doll "Marcelo" and had a "child", accuses him of deceiving her.

It is noteworthy that the explosion in the number of virus infections in China after the sudden termination of the “zero COVID” policy at the beginning of December is causing growing international concern, while at the same time the World Health Organization has once again emphasized the importance of transparency and regular exchange of data, pointing to the lack of information from Beijing. .

In particular, the world organization asked China to share data on the vaccinations carried out and the progress of the vaccination campaign, especially among vulnerable citizens over 60 years of age.

The West is skeptical about the death figures announced by China since the beginning of the epidemic, and openly doubts their veracity.

It is characteristic that the Chinese authorities announced only seven deaths last month, while the British Data Recording Organization estimates that even 100,000 people have died since December 1.