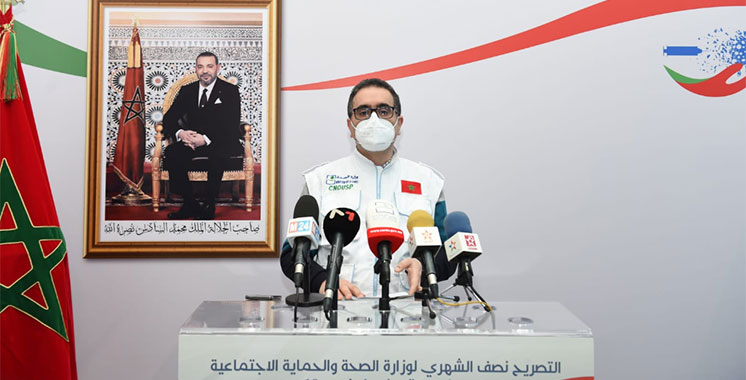 The coordinator of the National Center for Public Health Emergency Operations, Maad Merabet, confirmed on Monday that the level of transmission of the SARS-CoV-2 virus remains low in Morocco, despite the clandestine increase in the number of cases this week. Morocco is still at the green level.

Commenting on the epidemiological situation, published on the professional social network Linkedin, Mr. Merabet indicated that the number of weekly cases increased slightly after 8 consecutive weeks of continuous decline. By doing so, he explained that 76 additional cases were recorded during the past week compared to the previous week, while the percentage of positivity remained generally stable at 1% at the end of the week from 21 to 27/3/2022, compared to 0.84% ​​recorded. During the week from 14 to 20/03/2022.

With regard to Covid-19 disease, Mr. Merabet indicated that the number of new cases remained stable during the past two weeks, as 30 patients were admitted to intensive care and intensive care during the week from 21 to 27/03/2022, compared to 34 patients who left the hospital. hospital after improving their clinical conditions.

Globally, the intensification of the viral cycle observed over the past two weeks, in many Western European countries in particular, appears to be slowing, Mr. Merabet said, noting that this resumption of cases was not accompanied by an increase in deaths. So far, though, an increase in hospitalizations has been observed.