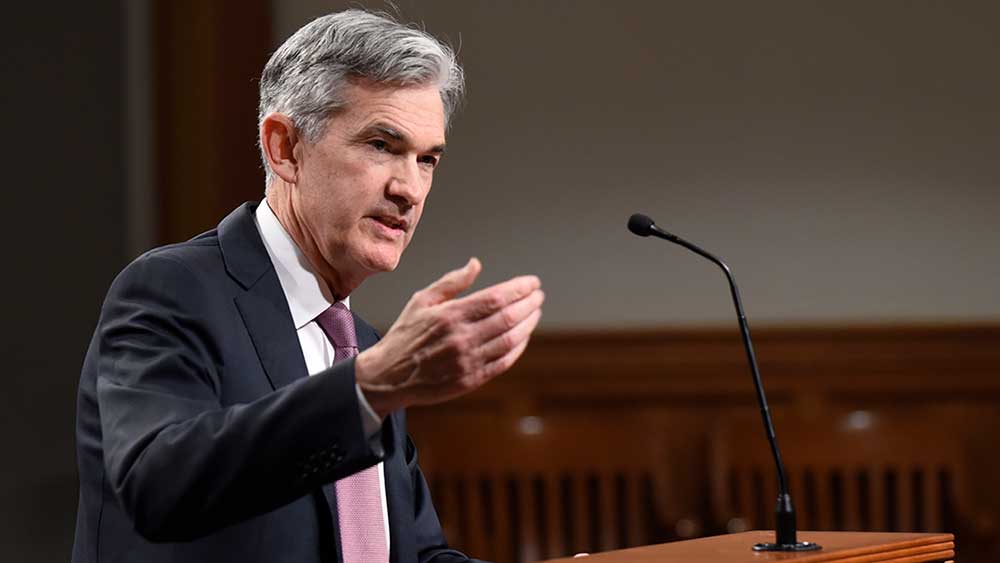 Dow Jones futures rose early Wednesday, along with S&P 500 and Nasdaq futures, as crude oil prices continued to rise, exceeding $110 a barrel. President Joe Biden delivered his State of the Union address, highlighting the Russian invasion of Ukraine and the United States’ response. Federal Reserve Chairman Jerome Powell continues as doubts about a rate hike begin to creep in.


An attempt to rally the stock market took heavy losses on Tuesday as oil prices rose sharply and Treasury yields tumbled amid signs that Russian attacks could become more deadly for Ukrainian civilians.

Major indicators hit resistance close to the fast-declining 21-day exponential moving averages, one of several potential resistance areas for the market attempt to rally. Tesla stock reversed lower after briefly crossing the 21-day line on Tuesday. an Apple (AAPL), and Nvidia shares were flattened near the 21-day streak. Microsoft (MSFT), which just closed above the 21-day and 200-day lines on Monday, pulled back on Tuesday.

US military officials say the Russian advance in Kyiv has stalled amid stiff Ukrainian resistance and logistical challenges. But the Russian Defense Ministry warned Tuesday that it was planning to strike Ukrainian intelligence and communications facilities in central Kyiv, warning residents in the area not to leave. Western officials say this is a sign that massive Russian strikes on residential areas in Kyiv are imminent.

President Biden addressed Congress and the country on Tuesday evening. Biden discussed the invasion of Ukraine, saying that Russian President Vladimir Putin underestimated the resolve of the United States and Europe. He announced that the United States would ban Russian aircraft from its airspace after the European Union, the United Kingdom and Canada.

Biden has pushed to revive at least parts of the “Build Back Better” legislation, viewing green energy plans as ways to reduce Russian energy dependence. Republicans argue that Biden should push for more domestic crude and natural gas production.

Fed Chairman Powell will testify Before Congress at 10 a.m. ET Wednesday. Powell will likely indicate that a rate hike by the Fed will begin at the March 15-16 policy meeting, but he will emphasize flexibility. The Russian invasion of Ukraine, and subsequent sanctions, led to higher crude oil prices, as well as significant gains for base metals and grains. All of this threatens to drive inflation further, while also exacerbating supply chain problems and slowing economic growth. Meanwhile, workforce participation could increase with COVID cases and restrictions waning rapidly, relieving supply chain concerns and wage inflation.

Given all these big and uncertain cross-currents, Fed Chairman Powell will want to be smart and ready to change course — and make sure financial markets know it.

Ahead of the upcoming Federal Reserve meeting, policy makers and investors will get the February employment report on Friday and the February CPI on March 10.

dollar tree (DLTREarnings will be reported early Wednesday as DLTR stock has been flirting with buy signals for the past few weeks. The Relative force line It has already reached a new high while Dollar Tree stock is anchoring, which is a bullish sign. Investors may want to use 144.56 as an entry point, above the January 6 high. The official buying point for the DLTR stock is 149.47.

Tesla (TSLA), Microsoft and nvidia (NVDA) is on IBD Leaderboard. MSFT stock is located in Long-term leaders of IBD existing.

The video included in this article discusses and analyzes the market movement on Tuesday Northern Oil and Gas (wedge), Louisiana and the Pacific (LPX) and stock DLTR.

US crude oil jumped more than 6% to $110 a barrel early Wednesday, the highest level since 2013. The Ukrainian invasion and concerns about Russian crude supplies led to the increase. Also, late Tuesday, the American Petroleum Institute reported a sharp drop in domestic crude supplies, with gasoline stocks also falling. The Energy Information Administration will release official US oil inventories, production and demand data on Wednesday morning.

Remember to work overnight in Dow Jones futures contracts and elsewhere that does not necessarily translate into actual circulation in the next regular session Stock market session.

Crude oil prices rose 8% to $103.41 a barrel, despite the United States and other countries announcing a significant but modest liberalization of strategic oil reserves. The OPEC+ meeting – with Russia being most of that “plus” – takes place on Wednesday as the group is expected to continue to modestly increase production quotas, scrapping pandemic-era cuts.

Shares reflect more speculative stories, the ARK Innovation ETF (see yougave up 3.1% and the ARK Genomics ETF (ARKG) 1.7%. As elsewhere, these ETFs are hitting resistance near the 21-day lines. Tesla stock continues to rank number one among ARK Invest’s ETFs.

Just like the market rally, many giant bonds are hitting resistance at the 21-day lines.

Apple’s stock didn’t quite hit the 21-day streak, but reversed from its 10-day average, dropping just over 1% to 163.38. Above the 21-day line there are 50 days. AAPL stock clearing this key level may offer an early entry. but responsible double bottom Buying point is 176.75. The RS line for Apple stock is not far from the highs.

An attempt to rally the stock market is facing resistance, as the Nasdaq and Russell 2000 indexes canceled a three-day winning streak.

They have held onto most of their recent gains. Pause here is not alarming. The Dow Jones and S&P 500 indices have given up more of their bounce lately, but their attempts to rally are untouched.

The market is still headline-driven. As an investor, you don’t need to follow the headlines too anxiously, but be aware that the news can have major impacts on the market and the sector.

This is especially true now. Lots of assumptions embedded in the markets have been turned upside down. Inflation is at a 40-year high, and Europe is aggressively changing its decades-old defense policies overnight.

Of course, this does not mean that the stock market will go in the direction that seems obvious – that proves the massive rally in the stock market in 2020 amid the pandemic and the collapsed economy.

a Follow-up day It can still happen at any time to confirm a new market rally. The success of a confirmed uptrend cannot be guaranteed, as recent massive market selling has shown, but it is a positive sign.

Away from the 21-day moving average, the major indicators are facing resistance at their February highs as well as the 50-day and 200-day moving averages, with all-time highs well above that. So the next sure rally in the stock market will face a lot of technical hurdles in addition to the major major risks.

Do you want to get quick profits and avoid big losses? Try SwingTrader

For the market to move sideways – with or without the FTD – it wouldn’t be a terrible thing. More stocks make up bases now. There are already a large number of “blue dot” shares in MarketSmith – Establishing stocks or exiting RS lines at their peaks already. A few more weeks may generate a new crop of mergers, while some hot stocks may present new opportunities to buy or add shares.

What are you doing now

The market is still forgotten. The attempt to rise met with resistance, but it still remained. But there is no real reason for the increased exposure.

While there are reasons to hold holdings in hot groups and sectors such as energy, defense, fertilizer, and steel, many leaders have already expanded. Due to the high volatility, investors may want to take partial profits from some of the new winners.

Keep building those watch lists. The number of shares set up at bases with RS lines is increasing at new heights. So the potential leadership is growing.

Read The Big Picture Every day to stay in sync with the trend of the market, stocks and leading sectors.

Tesla vs. BYD: Which burgeoning EV giant is the best to buy?