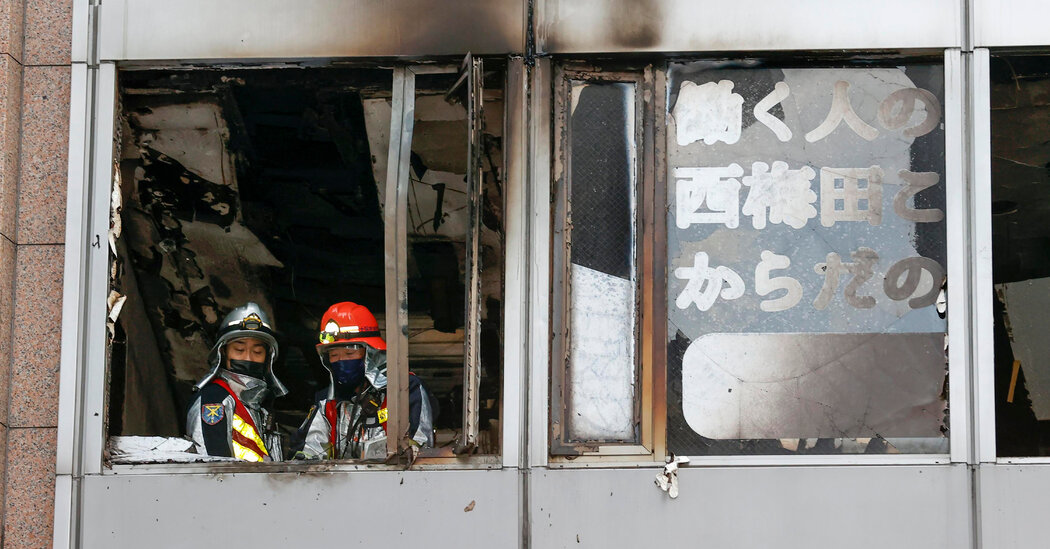 TOKYO – A fire on Friday on the fourth floor of a bustling office building in western Japan’s largest city, Osaka, has killed at least 27 people. Police were investigating whether the fire could have been started.

The fire was first reported at 10:20 a.m. and was extinguished 20 minutes later. National broadcaster NHK reported that rescue workers could be seen carrying people from the building on stretchers. One survived, the broadcaster said.

The fire broke out in an area of ​​about 200 square feet of an eight-story building located next to the largest railway station in the port city. On the fourth floor, where the fire is believed to have started, was a medical hospital specializing in internal medicine and psychiatry.

With reports of potential catastrophic fires, the fire immediately came to mind, in 2019 when an animus studio caught fire in Kyoto, another city in western Japan. Were killed 33 people and dozens were injured.

Before that, the last major fire in the Downtown building in the Japanese city occurred in the Shinjuku area of ​​Tokyo two decades ago. 44 people were killed as they tried to escape from a blocked staircase.

Speaking to the NHK, Ai Sekizawa, an expert on fire at the Tokyo University of Science, said the fire was “shocking” on Friday.

“We do not know the details yet, but there is sometimes only one emergency staircase in many small tenant buildings,” he said, adding that fires near the exit could have caused suffocation or smoke inhalation as people tried to escape.