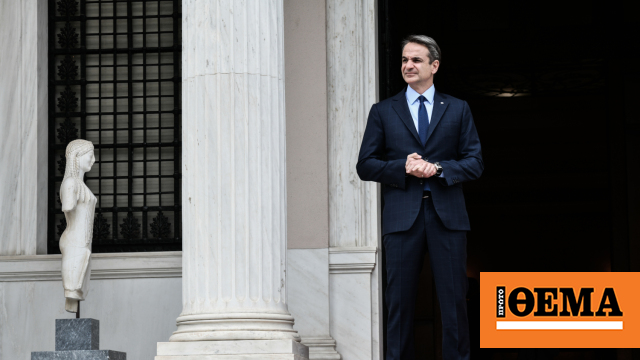 Partly good Christmas weather, partly a lack of urgency in organizing area elections, brought about a change in plans Kyriakou Mitsotakis, Instead of the mountains of Epirus, he had been with his wife and children in his beloved Crete, specifically Sania, since Christmas afternoon. As it is, the decisions he makes with a partner … must be made in the mountain air, under the Cretan sun. Notes from the Prime Minister’s staff now add to the fact that elections will not be held until the first quarter of this year.

Mr. Mitsotakis, Maximou’s competent sources insist, has so far rejected all suggestions from his closest allies to speed up the election time, and he seems to be sticking to this logic even for the first election in early March. This is how polling heats up with elections starting in April, probably on Palm Sunday, the 9th, and again at the end of May, on the 21st. Of course, dates are indicative, as final decisions have not been made, but there are givens Elections cannot be held in June due to national elections.

At the same time, the government wants to capitalize on good economic news in the run-up to the polls. Electricity prices have remained steady as the government hikes subsidies for January to recover producer price hikes and payments from Marketpass. They will be credited from February, while gradually better weather will bring smaller demands for heating costs. At the same time, on May 1, the Prime Minister’s announcement of a new increase in the minimum wage will be implemented, while pensioners saw the first increases in their accounts. Finally, in March, ASEP’s first tender in years will be held for 5,100 recruits in the public sector, interest is huge, while civil servants will see their performance bonuses in the coming months.

In this context, it is in full swing Processes in ND for workers of party ballots across the territory, The project will run under the supervision of Yiannis Bratakos, Deputy Minister of the Prime Minister, Pavlos Marinakis, Secretary of the ND, and Thanasis Nezis, Adviser to the Prime Minister.

The new candidacy for A’ of Athens, “THEMA”, is reported, EFKA’s press representative Omiros Tsapalos will be open with the Minister of Digital Governance Kyriakos Pierrakakis. Deputy Mayor of Athens Anna Rokofilou, her husband Spilios Manios, Mr. A childhood friend of Mitsotakis is also a politician from the district. Lawyer Evita Varela, lawyer and transsexual Phaedra Salachuri, Pola Damiano, daughter of former minister Theodoros Damiano, and lawyer Chrissa Salavrako are expected to get the green light in Athens A. ERT sportswriter Aria Agatsa moves from Viotia to the Northern sector, while songwriter and radio producer Poseidonas Gianopoulos is being considered for participation. Finally, in the North, Augustinos Galiazos, a 40-year-old member of the Brain Gain initiative, is expected to be a candidate. In the present situation, Ex-commissioner Dimitris Avramopoulos is very difficult to restore to the blue ballotOlympic gold medalist and former PASOK MP Piros Dimas Mr. On Mitsotakis’ side, Mr. During his historic visit to Heimara, where Dimas is, there was a stir.