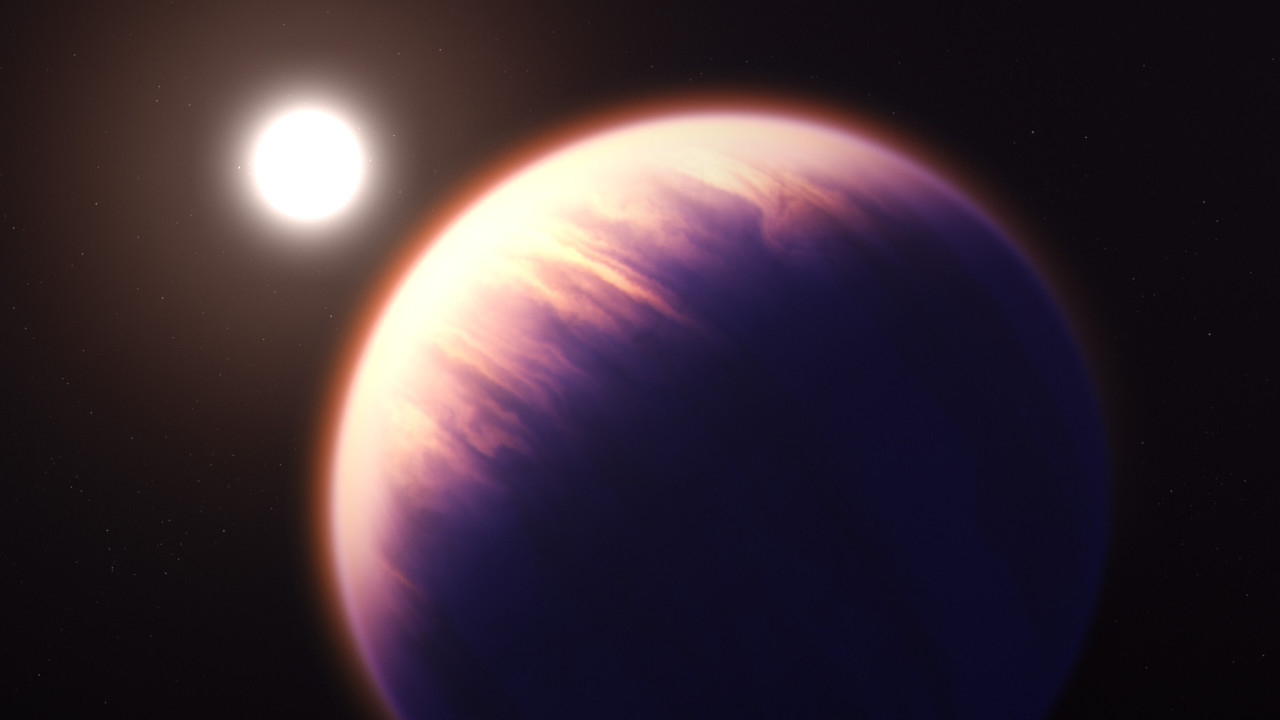 The James Webb Space Telescope has achieved another first, as It produced the most detailed “image” of an exoplanet’s atmosphere to datereveal Data on its chemical composition and clouds in a way never seen before. It’s about him Hot planet WASP-39b is 700 light-years from Earthwhich is now the planet we know most about in our galaxy, after the eight planets in our solar system.

The researchers from different countries have made five separate prior publications of their findings on arXiv, and regular publications in Nature will follow. “We’ve studied many planets before, but we’ve never seen data like this,” said Laura Kreidberg, director of the German Max Planck Institute for Astronomy in Heidelberg.

WASP-39b, a gas giant located in the constellation Virgo, has about a third the mass of Jupiter, takes only four days to complete one orbit around its star (that’s the length of its year), and because of the exoplanet’s short-distance (only 7 million km or Eight times less than the Sun-Mercury distance), the exoplanet in question develops temperatures of nearly 900 degrees Celsius. This fact makes it inhospitable to life – at least as we know it on our own planet.

James Webb, launched in December 2021, observed WASP-39b for 40 hours and, among other things, found carbon dioxide in its atmosphere (observed for the first time). He also discovered in it water in the form of water vapor, carbon monoxide, sodium, potassium, etc., a chemical composition similar to that of Saturn.

See also  Crafty as a fox: the 2024 Ford Mustang has a hidden recoil feature

Furthermore, the discovery of sulfur dioxide indicates that photochemical reactions are taking place in the exoplanet’s atmosphere: when the light of the original star falls on it, it splits the water in the atmosphere into hydrogen and hydroxide, which in turn reacts with hydrogen sulfide to form sulfur dioxide. It’s the first time a photochemical reaction has been detected outside our solar system, and it’s even similar to the one by which ozone is produced in Earth’s atmosphere.

James Webb’s observations also show that WASP-39b lacks total cloud cover, which has never been seen in an exoplanet before. It seems that only 60% of the planet is covered by dense clouds, which do not contain water vapor as on Earth but other chemical elements.

James Webb, a collaboration between the US (NASA), European (ESA) and Canadian Space Agency (CSA) that is the most powerful and largest ever sent into space, has targeted nearly 70 exoplanets, including the seven rocky “terrestrial” planets. Planets of the nearby Trappist-1 system, so new data on the atmospheres of other exoplanets is expected.