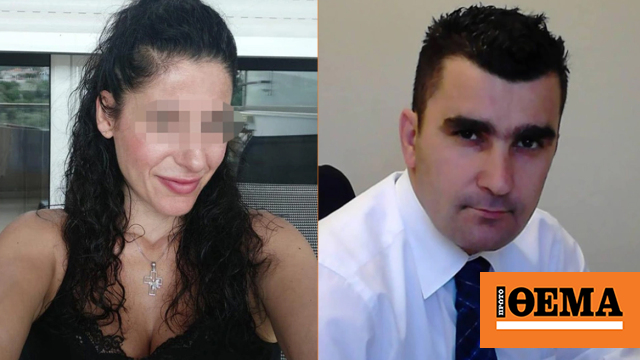 Two shocking videos It has come to light A case of a 50-year-old man was discovered was hanged Inside his home in Moschato.

These are the man’s last moments captured on film by the 47-year-old woman accused of being involved in the man’s death. In both the videos, the woman’s threats are heard with an address 50 years old The 47-year-old can be seen holding a string and saying “I will kill you”.

“I may not have the strength to kill myself because I’m done, but I will kill you,” says the woman. “I lost everything, I don’t realize how…” insists the man. Then the woman asks him “tell me where the money went” and curses him. The 50 years old He replies “in recycling” and tells her to delete the video. “If they don’t kill me now, they will kill me in jail,” he is heard saying the man.

“You’re done, you’ve ruined a lot of families. I will kill you today,” the 47-year-old woman tells him.

In another shot, the man He can be heard telling the 47-year-old to “kill me” before she says “get up” while the woman can be seen holding a string in her hands. It is significant Specific videos In order to throw a lot of light on this case, competent authorities are in the hands of EL.AS by examining them.

It is noteworthy that the 47-year-old woman arrived at Evelpitan court at noon on Thursday to apologize after the deadline she requested.

See also  Vaula: He lashed out at his estranged wife

According to what is known, the 47-year-old will say that he tried to prevent the 50-year-old’s premeditated death, while his lawyer said there are videos from the apartment to confirm. 47-year-old claims.

“There is a video taken during a conversation about money (the 50-year-old allegedly owed the 47-year-old 200,000 euros) and a second video of the dramatic incident,” the lawyer said. Katerina Tsion

The videos were taken by the 47-year-old and, according to his lawyer, are findings included in the case file. “The deceased had predecided to continue his act.”

According to the 47-year-old lawyer, the 50-year-old man had been “cheating her for 10 years” by taking money from the arrested woman and her children.

Emphasizing the “line” that the 47-year-old woman did not help in the execution of the 50-year-old man, her lawyer said, “The circumstances leading to the execution of the (50-year-old) are recorded. “What’s not clear is that she had no intention of killing him, she just wanted to know where the money was, and he told her there was money,” concluded the attorney for the woman charged with manslaughter in connection with the Moscato crime.

Where are the inquiries into the 44-year-old mother who disappeared in Rhodes, her husband’s dramatic plea

A famous British actor disappeared while hiking in a California mountain

See also  Dimitrakopoulos gets himself trolled for his French