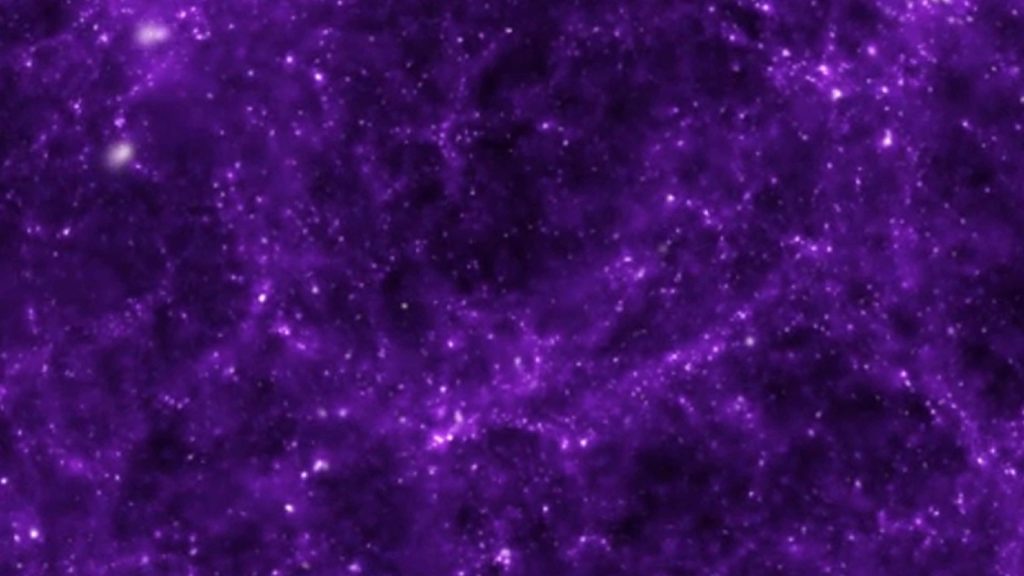 Can one of the biggest mysteries in astrophysics be solved by paraphrasing Albert Einstein’s theory of gravity? Not yet, according to a new study he co-authored[{” attribute=””>NASA scientists.

The universe is expanding at an accelerating rate, and physicists don’t know why. This phenomenon seems to contradict everything scientists understand about gravity’s effect on the cosmos: It’s as if you threw an apple in the air and instead of coming back down, it continued upward, faster and faster. The cause of the cosmic acceleration, dubbed dark energy, remains a mystery.

A new study marks the latest effort to determine whether this is all simply a misunderstanding: that expectations for how gravity works at the scale of the entire universe are flawed or incomplete. This potential misunderstanding might help researchers explain dark energy. However, the study – one of the most precise tests yet of Albert Einstein’s theory of gravity at cosmic scales – finds that the current understanding still appears to be correct. The study was from the international Dark Energy Survey, using the Victor M. Blanco 4-meter Telescope in Chile.

The results, authored by a group of scientists that includes some from NASA’s Jet Propulsion Laboratory (JPL), were presented Wednesday, August 24, at the International Conference on Particle Physics and Cosmology (COSMO’22) in Rio de Janeiro. The work helps set the stage for two upcoming space telescopes that will probe our understanding of gravity with even higher precision than the new study and perhaps finally solve the mystery.

This image – the first released from NASA’s James Webb Space Telescope – shows the galaxy cluster SMACS 0723. Some of the galaxies appear smeared or stretched due to a phenomenon called gravitational lensing. This effect can help scientists map the presence of dark matter in the universe. Credit: NASA, ESA, CSA, and STScI

More than a century ago, Albert Einstein developed his Theory of General Relativity to describe gravity. Thus far it has accurately predicted everything from the orbit of Mercury to the existence of black holes. But some scientists have argued that if this theory can’t explain dark energy, then maybe they need to modify some of its equations or add new components.

To find out if that’s the case, members of the Dark Energy Survey looked for evidence that gravity’s strength has varied throughout the universe’s history or over cosmic distances. A positive finding would indicate that Einstein’s theory is incomplete, which might help explain the universe’s accelerating expansion. They also examined data from other telescopes in addition to Blanco, including the ESA (European Space Agency) Planck satellite, and reached the same conclusion.

Einstein’s theory still works, according to the study. So no there’s no explanation for dark energy yet. However, this research will feed into two upcoming missions: ESA’s Euclid mission, slated for launch no earlier than 2023, which has contributions from NASA; and NASA’s Nancy Grace Roman Space Telescope, targeted for launch no later than May 2027. Both telescopes will search for changes in the strength of gravity over time or distance.

How do scientists know what happened in the universe’s past? By looking at distant objects. A light-year is a measure of the distance light can travel in a year (about 6 trillion miles, or about 9.5 trillion kilometers). That means an object one light-year away appears to us as it was one year ago, when the light first left the object. And galaxies billions of light-years away appear to us as they did billions of years ago. The new study looked at galaxies stretching back about 5 billion years in the past. Euclid will peer 8 billion years into the past, and Roman will look back 11 billion years.

The galaxies themselves don’t reveal the strength of gravity, but how they look when viewed from Earth does. Most matter in our universe is dark matter, which does not emit, reflect, or otherwise interact with light. While physicists don’t know what it’s made of, they know it’s there, because its gravity gives it away: Large reservoirs of dark matter in our universe warp space itself. As light travels through space, it encounters these portions of warped space, causing images of distant galaxies to appear curved or smeared. This was on display in one of first images released from NASA’s James Webb Space Telescope.

This video explains a phenomenon called gravitational lensing, which can make images of galaxies appear distorted or smudged. This distortion is caused by gravity, and scientists can use the effect to detect dark matter, which does not emit or reflect light. Credit: NASA’s Goddard Space Flight Center

Dark Energy Survey scientists look at images of galaxies for more subtle distortions due to dark matter bending space, an effect called weak gravity lens. The force of gravity determines the size and distribution of dark matter structures, and the size and distribution, in turn, determine how distorted these galaxies look to us. This is how images can reveal the force of gravity at different distances from Earth and at distant times throughout the history of the universe. The group has now measured the shapes of more than 100 million galaxies, and so far, the observations match what Einstein’s theory predicted.

“There is still room to challenge Einstein’s theory of gravity, as the measurements become more accurate,” said study co-author Agnes Ferti, who conducted the research as a postdoctoral researcher at JPL. “But we still have a lot to do before we are ready for Euclid and Roman. So it is imperative that we continue to collaborate with scientists around the world on this problem as we did with the dark energy survey.”