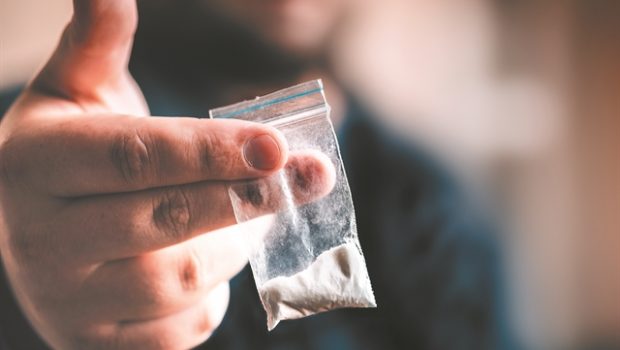 Much discussed Rape complaint case A year ago the 24-year-old was suddenly charged at a New Year’s party in Thessaloniki and appears to have led judicial authorities to a suspected ring with a large “information” fee. A lot of cocaine From South America!

With former and current officers appearing as the protagonists of this…sub-case Greek police But for private individuals, it causes disruption among security officials and foreign prosecutors.

Transactions with US DEA funds

Thus, in the central hotel of the co-capital, Georgia B. Complaints of sexual abuse (found in the judiciary to be unsubstantiated) that sparked public excitement last year, as well as police “internal service dispute” data on officers, suddenly take on another dimension.

During the investigation, they seem to show the auditors suspicious activities and transactions of private individuals and officials and the complex systems of funds of the US Drug Enforcement Agency DEA!

The above is a strange development that turns facts upside down. Following an investigation into a party in a hotel suite and a secular mob beating, it takes – as “To Vima Dis Kiriaki” reveals – an impressive new twist. And this by highlighting the illegal actions of the people who were at the forefront of supporting the alleged rape complaint and all the attacks that followed. The higher authorities of EL.AS have also been informed about this unexpected development.

It all started with complaints of rape

For her part, the 24-year-old was unaware of the extension of her complaints and the turn they took. Certainly not combinations of people, events or choices made in the days following the famous feast in Thessaloniki. All this led to intervention in the matter and the action of not only the judicial authorities but also the Money Laundering Commission, which investigates the accounts of individuals, suspicious companies, properties etc.

But what does “To Vima tis Kyriaki” reveal about this important investigation of the authorities?

It began after a 24-year-old girl alleged that she was molested by the businessman during a New Year’s party in a hotel suite in 2022 – after being given an “intoxicating substance”.

However, from the first phase of EL.AS investigations. Later, judicial authorities found large gaps in his story, which were contradicted by the statements of at least ten witnesses, but also by the results of forensic tests, which did not establish the administration of a hypnotic substance. said the 24-year-old.

INVESTIGATION OF EL.AS. The second phase focused on the abuses of the party organizer and other actions in the context of the complaints of Georgia B., which seems to be led by two individuals (a businessman operating in co-capital and his partner). One of these persons was accused of beating traders and defrauding traders using fictitious companies.

The victim was allegedly assaulted… first for an alleged rape in the businessman’s jeep, and then in an apartment in Thessaloniki by masked men posing as policemen on duty in northern Greece handling “night circuits”. The manager of this agency was recently transferred from his post, which may be related to the above hit.

In the context of the same investigation, EL.AS. It seems that by classifying the conversations carried out by the hitmen, they found many suspicious conversations.

Some of them deal with the background of the rape case and the “dual” abuse of the young commoner and the communication management of these issues, in order to reassure the public that the rape complaint is true. . Also, there are conversations about how the police investigation is affected and the way in which the same people are accused is getting favorable testimony in other trials.

In continuation of this investigation, and in conjunction with previous written statements, Georgia B. Findings have emerged from an alleged rape case linking individuals to payments to informants for drug shipments into our country. In Thessaloniki – from abroad. Huge sums are reportedly being paid by the US DEA trying to bust multinational drug rings around the world.

A 1,000 euro reward for the discovery of a kilo of cocaine

Reports of a “1,000 euro reward for the discovery of a kilo of cocaine” have reportedly come in the wake of similar searches for abuses in Thessaloniki. However, the payment of these sums is often not about “genuine” information, but with clear indications that it is a ruse by constables and individuals.

What exactly was going on? The “success” was attributed to information allegedly provided by a certain private individual who had worked in the “rogue” police force for several years when police agencies traced drug quantities from various sources they had. In this way, the private person was named as an assistant to the services, provided vital information about drug trafficking and was paid for his assistance. to share them with former and current officials who participated in the “virtual – fabricated information” program that served as the recipient and distributor of DEA disbursements.

Check where you are

The complaints appear to have activated the Hellenic Police’s internal audit services, which led to an investigation into the “whereabouts” and assets of the mentioned former and current officials. And evidence of receipt of real estate, deposits and loans by police officers or individuals appears to be already being investigated.

See also  Job creation is a challenge for Panama

The Money Laundering Commission has reportedly been asked to audit companies and private transactions linked to “tails” and side effects of alleged rape. Now one that opens up new avenues of research.

According to court documents obtained by “Vima”, there were conflicts between the concerned police services a few months ago, which led to a lot of complaints and lawsuits. In fact, many of them are perpetual informants about the same thing…everything.

With officers accused of involvement in suspected rings and others “forced by their colleagues to cooperate with retired officers with ties to the DEA, at least in northern Greece everything related to drug trafficking is controlled. That is, who gets arrested and who doesn’t. As well as which whistleblowers are paid, Who will not give.”