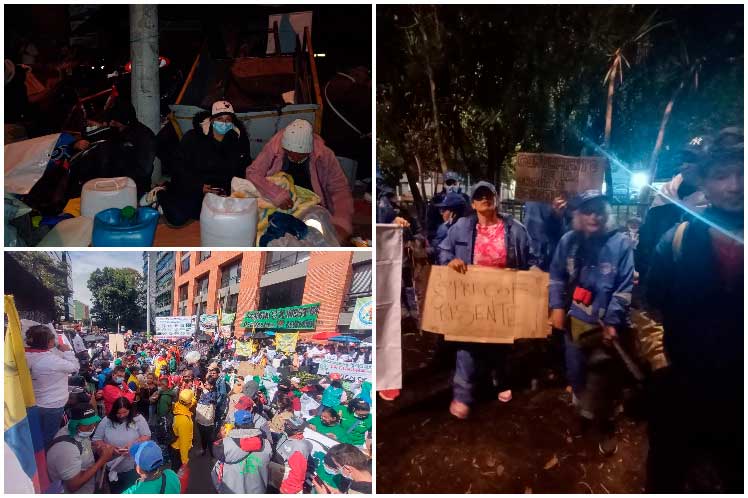 Yesterday, on the occasion of World Recycling Day, representatives of this sector across the country presented a six-point agenda, in which they demanded an increase in the rate of utilization and recycling based on the different framework of operational plans. Its own properties.

Similarly, they demand at another stage the full recognition of the national utility system and the recycling value chain that make recovery goals possible.

They demand that the recycling companies, which are verified as official committees, stop activities such as postponing, modifying and denying reports.

In addition, the creation of a legal framework for the ancillary functions of professional recycling companies, full recognition and modification of Order 596.

The National Association of Recyclers of Colombia was not attended by officials overseeing residential public services and decided to remain in permanent mink until they were asked to do so.

According to the Latin American and Caribbean Network of Recyclers, 11 bodies were found on March 1, the day recyclers around the world commemorate events in March 1992, at the Free University of Barranquilla in Colombia. .

The victims were beaten and shot. Recyclers have been tricked into entering the building by staff at the university’s medical faculty to recycle materials.

Upon entering, they were attacked and shot for the purpose of selling their bodies for scientific research, anatomy classes and organ abduction, the network points out.

He recalled that a recycler, who did not penetrate through the skull shot, pretended to be dead and escaped.

The date was announced to commemorate the massacre and to honor the recycler in response to the difficult working conditions that thousands of recyclers around the world struggle with every day.