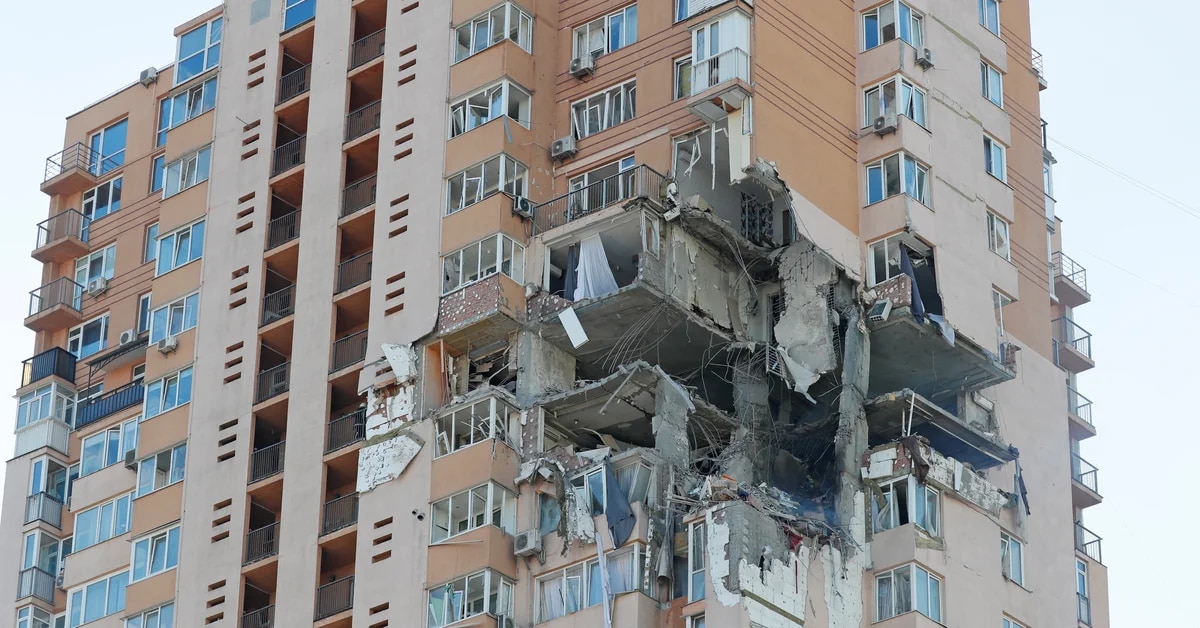 This Saturday morning A loud explosion was heard in the Ukrainian capital. In the midst of Russian troops invading the country.

Ukrainian forces Russian troops said they had repulsed a night-time “attack” on one of their positions On Victory Avenue, one of Kiev’s major arteries.

The Ukrainian military did not elaborate on the exact location of the fighting in a message on its Facebook account saying the attack had been repulsed.

President Volodymyr Zhelensky He warned at night that Russian troops would try to capture Kiev. In a message broadcast to the entire nation, he promised that “tonight will be harder than day.”

“Many cities in our state are under attack: pay special attention to our boys and girls in Chernivtsi, Sumi, Kharkiv, Donbass, southern cities, Kiev. We can not lose capital,” he added.

Next, the minute-by-minute Russian invasion (GMT time / GMT + 2 in Ukraine):

9:15 am: A Russian missile strikes a large residential building in KievThe state of emergency in Ukraine highlighted the service on Saturday, and now does not provide information on potential victims.

The missile crashed Between the 18th and 21st floors of the buildingAccording to these sources, who added that the place will be vacated.

“Kiev, our wonderful and peaceful city, survived another night of attacks by Russian ground forces and missiles. One of them struck a residential building in Kiev,” said Ukrainian Foreign Minister Dmitry Kuleba.

9 p.m .: Ukraine has just received military support: Polish Defense Minister Mariusz BlaszczakHas confirmed that the convoy with ammunition for “strict defensive” use has arrived in the neighboring country.

“The convoy of ammunition we have supplied to Ukraine has already reached our neighbors. We support the Ukrainians and strongly oppose Russian aggression.Blaszczak explained on his Twitter account, however, that it did not describe what kind of ammunition it was.

8:20: President of Ukraine Volodymyr Zhelensky called on his citizens not to lay down their arms and to defend the capital, Kiev. Two days after the invasion, the army is battling Russian forces.

“I’m here. We’m not going to lay down our arms, we’m going to defend the country.”President Zhelensky made the announcement in a video posted on Facebook after the Russian attacks on the capital.

7:50: President of the United States, Joe Biden has agreed to provide up to $ 350 million in new military aid to Ukraine. In the full invasion of Russia announced by the White House.

In a note, Biden authorized the State Department to send up to $ 250 million in public aid to Ukraine Up to 350 million are dedicated to “defense articles and services”, including military education and training.

“Now We ban Russian state media from publishing or monetizing advertisements on our platform anywhere in the world. “Nathaniel Kletcher, head of security policy for social media companies, said on Twitter.

However, the President of Ukraine turned down the offer He himself explained that the “enemy” had appointed him “Target Number One”. Earlier in the day, the Russian military intensified its offensive in the Kiev suburb of Zelensky.

04:08: Are produced Clashes broke out in the Peresteska area, nine kilometers from the well-known Maidan Square. And at a thermal power plant in Troisina on the other side of town.

According to the newspaper ‘The Give Independent’, About 50 explosions and machine gun fires were recorded.

An attack on a Ukrainian military unit on this avenue was carried out and repulsed.

In addition, the newspaper reported that at least 60 Russian saboteurs had been killed in Kiev, and that fighting had taken place at a thermal power plant in Troyshina, according to Interior Ministry adviser Victor Andrews. The northern part of the left bank of Kiev.

03:45: Kazakhstan is one of Russia’s closest allies and a neighbor in the south. He denied the need for his forces to join the offensive against Ukraine. As reported by the chain NBC News.

“We welcome Kazakhstan’s announcement that it will not recognize the LPR and DPR,” the National Security Council said in a statement. “We welcome the fact that Kazakhstan has refused to send troops to join Putin’s war in Ukraine.”

03:20: A loud explosion has been heard in the Ukrainian capital, Kiev.

Chain CNN According to the State Service for Special Communications of Ukraine Conflicts were confirmed in the eastern suburbs of the city.

00:09: President of the UN Antonio Guterres, Russian soldiers called for a “return to the barracks”. Russia vetoed a resolution condemning the Security Council meeting.

UN chief Antonio Guterres has called on Russian troops to “return to the barracks”.

“Soldiers must return to the barracksLeaders must return to passive dialogue and peace in Ukraine“, Said a saintly Guterres who agreed “Today, the goal has not been achieved” but we must give “another chance for peace”.

China did not go with Russia to the UN and did not participate in the vote on the invasion of Ukraine.
NATO will send troops in response to the Russian invasion of Ukraine
The moment a Russian tanker crushes a civilian car in Kiev and miraculously rescues its driver alive
Zhelensky: “Tonight will be difficult, we can not miss Kiev”