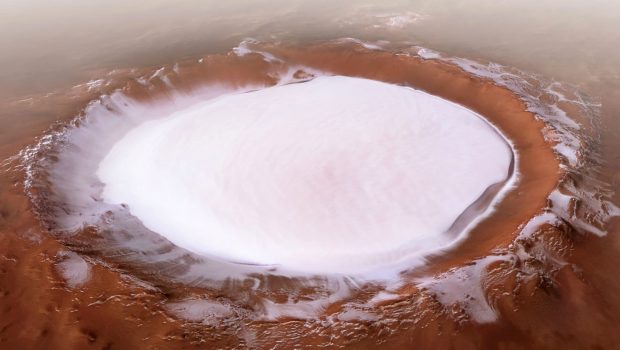 if you want birthday With snow, you can enjoy some winter shots from Mars.

Except the snow you see is not what we know on Earth.

On Mars, snowflakes are cube-shaped, and most snow isn’t even made of water.

“When winter comes on Mars, the surface of the planet turns into a strange festive scene,” he says. NASA in a Announcing it.

Some of the ice that accumulates in winter in some regions of the planet is ordinary water ice, like the ice we know on Earth.

But most of it is “dry ice”, that is, carbon dioxide snow, commonly known as dry ice.

Ice water snow never falls on the Red Planet. Because the temperature and atmospheric pressure are very low, the frozen water crystals that are formed high in the atmosphere sublimate, that is, they change directly from a solid to a gas, before they reach the ground.

Only CO2 snow falls on the surface, although no part of the planet receives more than one and a half meters of snowfall, even though the temperature rarely rises above freezing even during summer.

“If you still want to ski, you have to find a crater or a cliff where snow can accumulate on the sloped surfaces.”

Snow falls only in the polar regions, where the temperature drops to -123°C in winter.

It only falls during the night and if there is cloud cover.

There are no snowfall photos, because satellites orbiting Mars can’t see through clouds, and no surface mission would survive such extreme cold.

But we do know that snow falls on Mars thanks to NASA’s MRO satellite, which is equipped to see at wavelengths beyond human reach. Thus he was able to spot snow from dry ice on the ground. 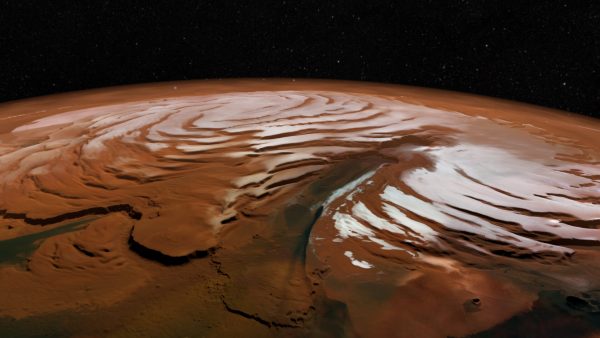 Snowflakes that we know on Earth have six spokes because of the arrangement in which the water molecules are in when they crystallize into ice.

But these crystals are different in the case of dry ice. “Because carbon dioxide has four times the symmetry, we know that dry ice snowflakes will be cube-shaped,” explains Pico.

Cubic snowflakes can be barely visible to the naked eye because they are smaller than the width of a human hair. 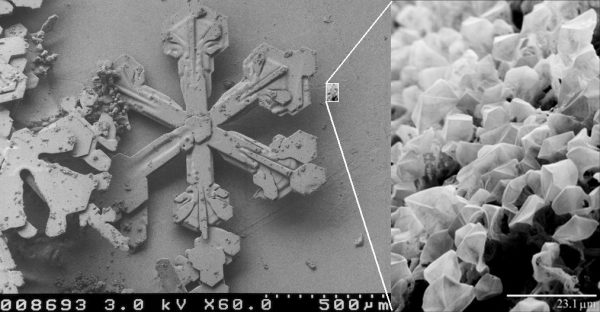 A water snowflake (left) next to a carbon dioxide snowflake, which is 100 times smaller

In addition to dry ice snow falling from the sky, ice can also form directly on the ground as sleet—either from water or carbon dioxide.

This dew can form over much of the planet rather than near the poles.

Martian frosts have been known since the US Viking missions in the 1970s, while NASA’s Mars Odyssey satellite recently captured layers of frost forming at night and sublimating with the morning sun.

One of the most dramatic phenomena comes with the end of winter, when the accumulated ice begins not to melt but to sublimate. Thus, it leaves behind a variety of bizarre and beautiful patterns in the ice, which remind scientists of spider webs, fried eggs or swiss cheese with holes.

The sublimation of ice also gives rise to geysers. The transparent ice allows sunlight to reach deep inside and form pockets of gas, which eventually cool and spew dust into the air.

In addition to being pretty, the planes are also useful, NASA points out: the tracks they leave reveal the direction in which the Martian winds are blowing.