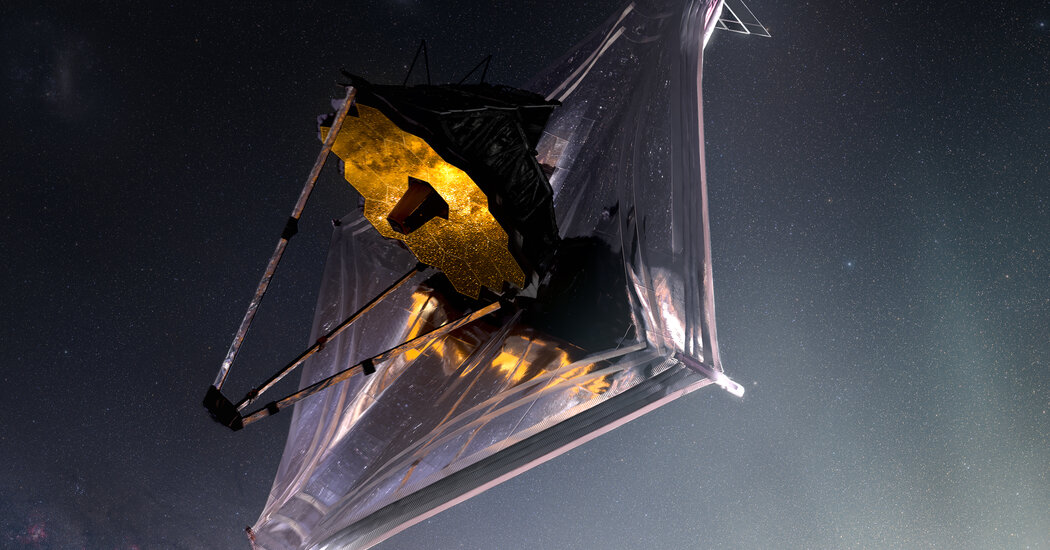 In case of failure, everything could still be up for grabs, I believe, except the decision to build such a telescope in the first case. Building it required the best of humans: cooperation and devotion to knowledge, daring and humility, respect for nature and our own ignorance, and the grit to keep picking up the pieces from failure and start again. And again.

“This is unbelievable. We’re about 600,000 miles from Earth, and we actually have a telescope, ”Bill Ochs, Webb’s project manager at the Goddard Space Flight Center, said when the telescope finally unfolded its golden wings earlier this month.

We stagger upward under the weight of our knowledge of our own mortality. In the face of the ultimate abyss that is destiny, we can find honor and dignity in the fact that we played the cosmic game to win, trying to know and feel as much as we can in the brief centuries allotted to us.

Once, long ago in another lifetime, I happened to sit next to Riccardo Giacconi, one of the great captains of Big Science and later to receive the Nobel Prize in Physics, on a flight to a conference we were both attending in San Diego. At the time he was with the Harvard-Smithsonian Center for Astrophysics and looking forward to the launch of his dream project, a satellite – later named the Einstein Observatory – that would record images of X-rays from violent objects like black holes.

Dr. Giacconi, however, had proposed naming his satellite Pequod, after the doomed ship Ahab had commanded in pursuit of Moby Dick, much to the amusement and bafflement of his colleagues.

So I asked him why he wanted to name his dream creation after a doomed whaler.

Dr. Giacconi replied that he liked the connection of the whaling story to New England. Then he began a disquisition about Dante, of all people. During the poet’s tour of hell in the Inferno section of the “Divine Comedy,” he finds Odysseus being consumed by flames, as punishment for his sins, schemes and scams during the Trojan War and subsequent wandering trip back home.

Odysseus tells the story of his life and voyages, how he got back to Ithaca but was then bored and set off with his men on a voyage through the Pillars of Hercules into the great unknown western sea. When his crew got nervous and wanted to turn back, he told them to buck up.