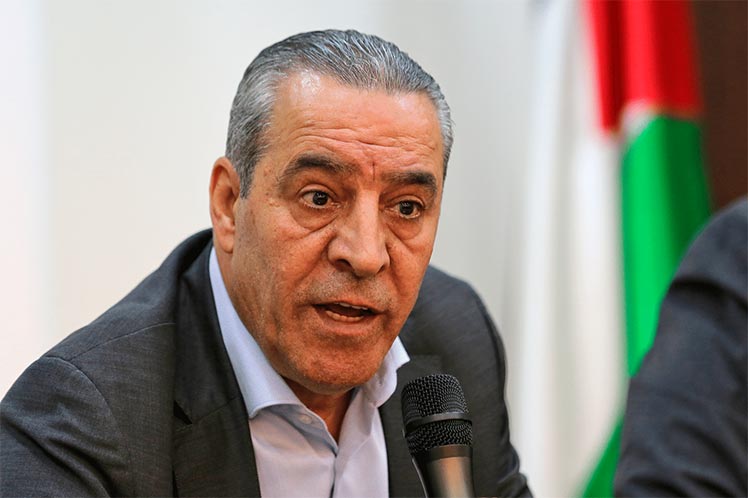 On his Twitter account, al-Shaikh highlighted his meeting with the Israeli diplomat last night, the second meeting between the two politicians in two months.

The official also stressed the importance of halting Israel’s unilateral actions to prevent a settlement.

The two already held a meeting on January 23 to resolve these issues and bilateral relations.

Last December, Palestinian President Mahmoud Abbas met with Defense Minister Benny Kant during a visit to Israel for the first time in 12 years.

Despite these contacts, the situation in the Gaza Strip and the West Bank has worsened in recent months due to increased attacks by Jewish settlers and the Israeli military.

According to the Israeli NGO B’Tselem, Tel Aviv forces killed 313 Palestinians in 2021, including 71 minors, the highest number since 2014.

Added is that Prime Minister Naphtali Bennett has publicly refused to return to the negotiating table or meet with the heads of the Palestinian National Authority.

Known for their closeness to immigrants, Bennett and his Yamina party oppose the creation or negotiation of a Palestinian state, as demanded by the international community.

Precisely, Egypt, Jordan and Palestine urged Israel the day before to resume talks with the post-government government to achieve a just and equitable peace.

Egypt’s Foreign Ministers, Same Shokri, during a meeting of the 157th General Assembly of the Arab League From Jordan, Ayman al-Safadi and from Palestine, Riyadh Maliki explored the latest developments in the West Bank and Gaza Strip.