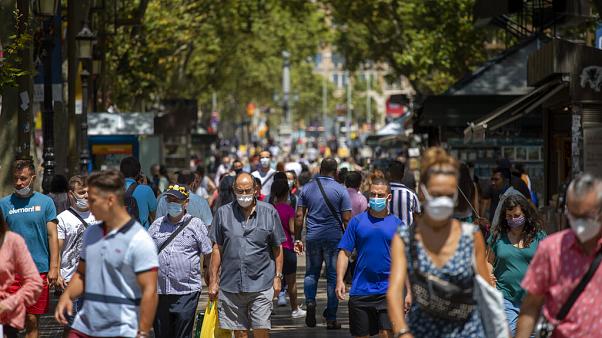 According to the WHO Regional Office for Europe, 1.0 and 19 percent of households in the region’s states are affected.

With the advent of the SARS-CoV-2 corona virus that caused the infection, the health system has become overburdened to the point of causing serious failures in medical care, the company said.

By 2020, in the first months of the epidemic, 40 percent of these essential services could not be fully delivered.

As the situation continues in 2021, 29 percent of health services will be undervalued, at least for the first three months or so, the report said.

However, the region has recorded a mixed improvement in the number of premature deaths due to non-communicable diseases.

Between 2010 and 2018, premature deaths from heart disease and cancer were reduced by about 10 percent to about 20, although these diseases accounted for more than one-fifth of deaths.

The report noted that the impact of the epidemic on the diagnosis and treatment of cancer exacerbated the situation and had an unequal impact on mental health.

Such patterns were more common in men aged 18 to 24 years, while women in the same age group and those aged 35 to 44 years were less affected.

On the other hand, suicide was one of the main reasons for the untimely death of the so-called Old Continent.

Despite the downward trend, the WHO European Office has one of the highest suicide death rates in the world.

Europe is one of the growing regions of HIV infection. Between 2015 and 2019, the number of new infections by the virus per thousand people increased by 6.0 percent.