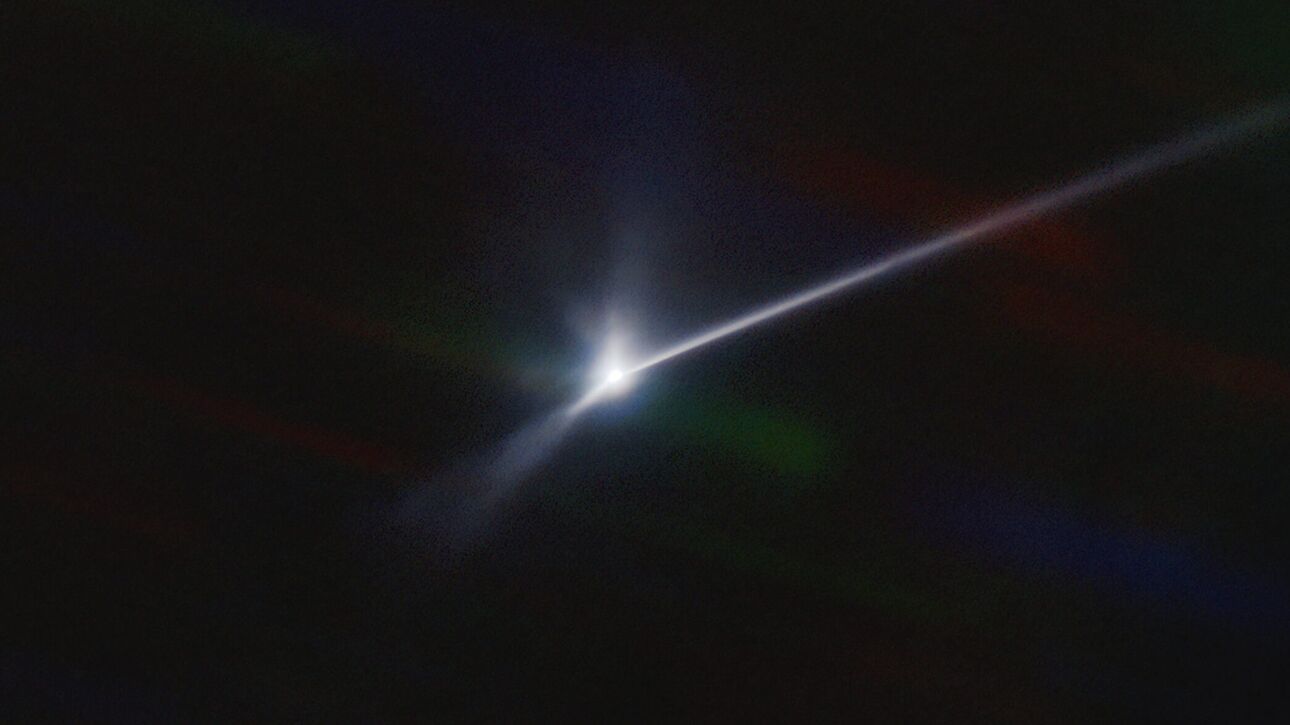 green “strange” cometC/2022 E3 (ZTF), which has been approaching Earth since the time of Neanderthals About 50,000 years agorapidly approaching our planet is expected On the first or second of February To reach its closest distance (perihelion), about 42 million km.

The comet was discovered by observatory astronomers Zwicky Transit Facility (ZTF) in California in March 2022. It originates in the distant Oort Cloud at the fringes of our solar system and is estimated to be tracing an orbit around the sun. Every about 50,000 years.

Most comets are composed of ice, dust, and gas, and comets usually follow long elliptical orbits around our star. They are getting closer to the sunThe heat turns the comet’s ice into gas and dust, creating the “come” surrounding its solid core, as well as its massive and spectacular “tail”.

pictured so far C / 2022 AH 3 It reveals that it has a greenish hue, which is thought to be due to its chemical composition, particularly the presence of diatomic carbon, whose molecules emit green light when hit by the sun’s ultraviolet rays.

From mid-January comet – which has been steadily gaining brightness since last November – It has become easy to observe with powerful telescopes or binocularswhile it has recently become bright enough to be visible even to the naked eye, at least from areas with clear dark skies and without light pollution. In January, amateur astrophotography was able to image the strong solar “wind” tearing off part of the comet’s tail, according to APE-MPE.

C/2022 E3 is moving across the northern sky toward Polestar, its brightest star little bear, besides who will appear on January 26. By February 10, it will appear near Mars, while by mid-February it is expected to be completely dim as it moves away from Earth.