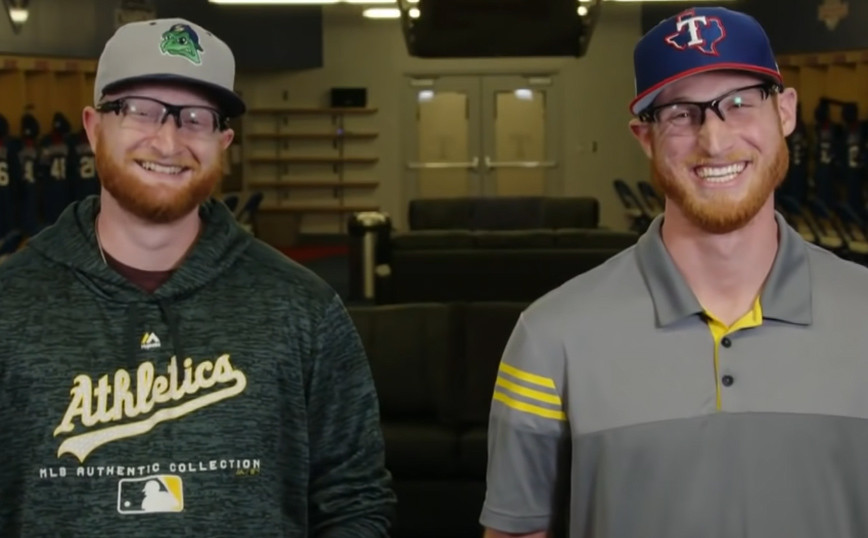 The first time they were confused was in 2015 when they both underwent elbow surgery by the same doctor named Dr. James Andrews! “It’s been six to seven months since my surgery and the doctor’s office called up my trainer and said, ‘When is Brady coming in for the surgery?'” Will he be here tomorrow?” Then he realized that somewhere out there was… his guard. The coach said he had the surgery six months ago. What do you say;’ That’s how I found out there were two of us.’

Two years later, in 2017, the twins received another misunderstanding when the University of Missouri baseball team tagged Feigl on Twitter. “Brady Vigle is wrong,” the former San Diego Padres shortstop responded. “You might be looking for @bfeigl39…”.

However, as strange as it may seem, the two men were not separated at birth as DNA test to which they were exposed showed no biological relationship. However, despite the age gap, they still feel connected to each other. “We are still brothers in a way,” said the eldest.

The Feigls aren’t the only ones out there. An August 2022 study of 32 couples by Cell Reports found that people who look alike but not related share genetic similarity.