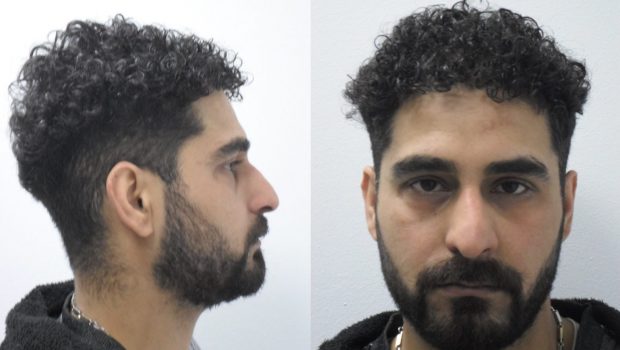 In the public domain, following the relevant order of the Katerini First Instance Prosecutor’s Office, the identity details and photographs of the 30-year-old foreigner He raped an 11-year-old girl Inside Catherine.

In particular, action was taken against the 63-year-old Criminal prosecution for sexual acts With a minor below 12 years of age.

This is: (re) Shaqli (re) Muhammad and Umar of Bushra.

This publication is intended to protect society, minors, vulnerable or powerless groups of people and to facilitate the implementation of the State’s demand for resolution of the above offences.

In this context, citizens are requested to contact the Deputy Directorate of Security, Gator at 23510-46633 and 23510-46632 to provide any relevant information respecting their anonymity and confidentiality of communication.

According to reports, the 11-year-old girl was playing with her friend in Macedonia Square in the center of Katerini when a 30-year-old Iraqi man approached the two children and convinced one of them to follow him. The girl believed the accused’s words and went with him, while the 30-year-old man took her to an apartment not far from the square where he raped her.

Her friend, when enough time had passed, went to her mother in the square and informed the boy’s mother and the authorities. A 30-year-old man was seen with an 11-year-old boy on the city’s main pedestrian street immediately following the rally. The foreigner was arrested and imprisoned.

In the presence of a child psychologist, the minor told police officers what happened and said the 30-year-old “teased me.” A forensic examination later confirmed that the child had been raped. In fact, an 11-year-old child had to be hospitalized at the Children’s Psychiatric Hospital of Papanikolaou Hospital for 10 days.