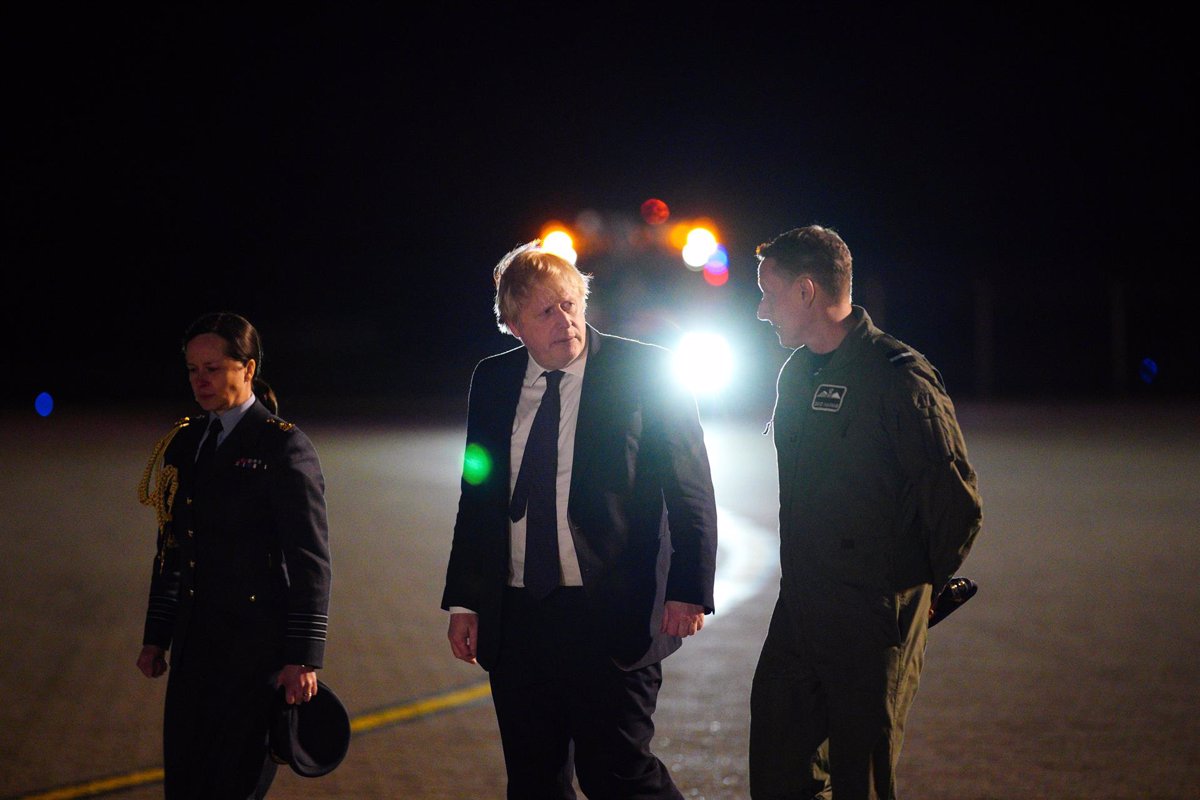 British Prime Minister Boris Johnson said on Saturday that his country would “of course” take in Ukrainian refugees fleeing the war and pledged to help those leaving the country “in fear of their lives”.

Mr Johnson spoke at a news conference after the opposition accused him of not welcoming refugees into the country and of not relaxing visa restrictions on people seeking asylum in the UK, which Labor has described as “immoral”.

But Home Secretary Priti Patel hit back, accusing the opposition of “appalling disinformation” and saying the allegations were “simply untrue”.

“If you think about what we did in Afghanistan, for example, the UK was way ahead,” Johnson said, who also said he was “aware” of the “fake news” circulating online.

“The UK is moving forward in its desire to help refugees (…) We have sent 1,000 troops (in the border countries), to be ready to help the refugee flow, and of course we will help the refugees. People who are fleeing in fear of the people,” Johnson said.

A government spokesperson also made it clear that the UK’s “priority” is to support British citizens and their families living in Ukraine who wish to leave the country.

“We work around the clock to process visa applications and process many applications within hours,” the spokesperson said.

See also  Presidency 2022: Macron is in the lead ahead of Le Pen (poll)

The DPA said the asylum application fee has been temporarily waived for those who can enter through family pathways, while those who do not meet the requirements are only allowed entry for 12 months.

Meanwhile, the main UK visa application center in Kiev has been closed. The center in Lviv – in the west of the country – is the only center still open to family members of British citizens in Ukraine.

Consular personnel from Kiev were “transferred” to centers in other neighboring countries, such as Poland, Moldova, Romania and Hungary to help those who managed to cross the border.

“Ukrainian citizens can apply for visas at these centers and we have announced concessions for Ukrainians who are currently in the UK to extend or change their visas,” the spokesperson said.