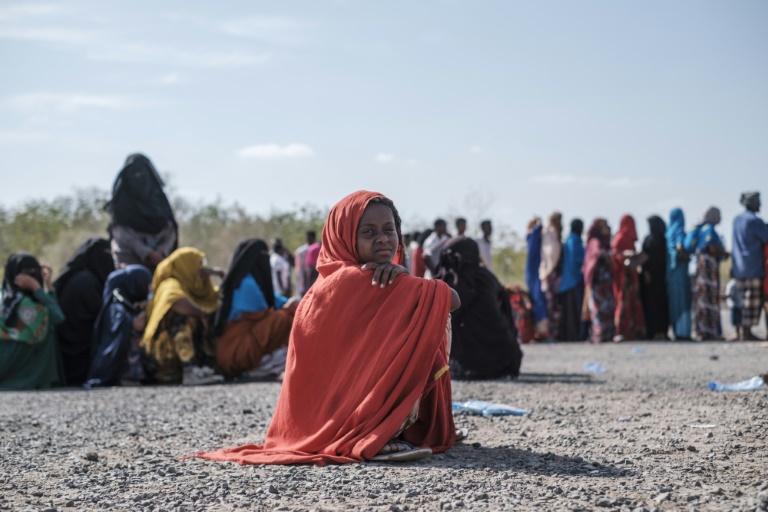 The scene has become all too familiar in war-torn Ethiopia: Thousands of dismayed Eritrean refugees were separated from their loved ones and fled artillery and gunfire on foot.

In February, again, a refugee camp located in Bahrali, northeast of the Afar region, was attacked. The attackers, according to the victims, were rebels from the neighboring region of Tigray, where the conflict began 15 months ago.

At least five people were killed and an unknown number of women were kidnapped.

Those who were lucky to escape are now scattered all over the Afar, lost in a land they considered a safe haven compared to their homeland before the outbreak of war.

For the first time in Bahrale, Eritrean refugees outside Tigray have been targeted, renewing concerns about the care of this extremely vulnerable population.

“I cannot stress enough the unprecedented nature of[what is happening],” says Sarah Miller, a member of an international refugee NGO, highlighting the “magnitude and scope” of abuses committed against Eritreans since the beginning of the conflict.

“Ethiopia is no longer a safe place for Eritrean refugees – this is very clear.”

The presence of these refugees dates back more than twenty years, the first of which arrived in 2000, near the end of the border war between Eritrea and Ethiopia.

Before the start of the war in Tigray, about 113,000 Eritrean refugees were registered in Tigray and Afar, according to the United Nations.

Most of them fled the authoritarian regime of Isaias Afwerki, the president of Eritrea, who was dubbed “African North Korea” due to the country’s frequent human rights abuses.

Prime Minister Abiy Ahmed was awarded the Nobel Peace Prize in 2019 in part for the sudden rapprochement with Mr. Isaias, ending two decades of political deadlock.

Everything changed when Mr. Abiy sent the Federal Army to this region in November 2020, and got support from the Eritrean Army there.

At the start of the conflict, two camps near the border witnessed violence – killing, rape and looting – by Tigrayan rebels and Eritrean soldiers, which the NGO Human Rights Watch described as “clear war crimes”. Both sides were eventually destroyed and thousands of people were missing.

In July, fighting affected two other camps, further south at Tigray. Since then, refugees there have faced shortages of food and medical aid. Three refugees were killed there by drone fire in January.

Diplomats said the attack on Bahrali camp began on February 3, as part of a broader TPLF offensive in Afar, which has dented hopes for peace.

Heavy weapons were sent to the refugee camp and the Tigrayan forces took control of the area. On the same day, they started looting the property,” recalls a survivor whose testimony was collected by a humanitarian agency and then transmitted to AFP.

Separated from her sister and nine-year-old son, this woman explained: “They’ve kidnapped refugee women, and we don’t know where they are.”

Hundreds of Bahrali refugees have found new shelter in the courtyard of the Agda Hotel in Simera, the Afar capital, where they have taken shelter under cardboard boxes to escape the scorching sun.

“We did not have any food or water for three days, but we were afraid and did not think about it,” Abdo Ahmed, one of them, told AFP.

A spokesman for the Tigray People’s Liberation Front dismissed the allegations that its forces had attacked Bahraly as “lies”.

Less than half – 14,250 – of the 34,000 registered refugees in and around Bahrali, were counted last week, a UNHCR spokesperson told AFP last week.

Ethiopia says it plans to house them at a “temporary site” in Cerdo, 40 kilometers from Simera. But, elsewhere in the country, the slowdown can be observed in these projects.

Refugees told AFP they were saddened to have fled Bahrali.

“If God takes my family and my house from me, I will not find anyone to turn to, I will accept it,” says Halima Qadeer, who has only found one of her eight children since the attack.

For Ms. Miller of Refugees International, the plight of Eritreans more broadly illustrates the difficulty of protecting civilians in times of war.

The conflict has claimed thousands of lives and pushed hundreds of thousands, according to the United Nations and the United States, toward starvation.

She concludes: “We have a special responsibility towards the Eritrean refugees (…) who have no one to protect them.”