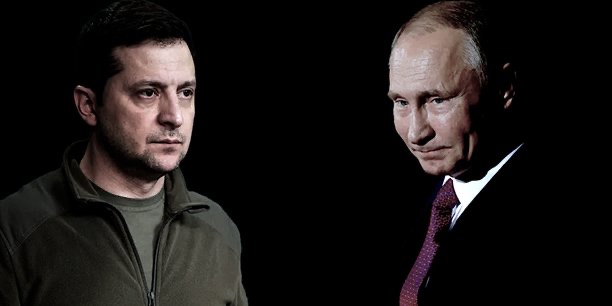 The US ambassador to the United Nations has said that African countries cannot remain neutral about the war in Ukraine.

In an interview with the BBC, Linda Thomas Greenfield He noted that in the General Assembly vote two weeks ago to denounce Russia’s invasion of Ukraine, 17 African countries – half of the global total – abstained and eight others did not vote at all. The ambassador said that there can be no neutral ground and that this crisis was not just a cold war competition between the West and Russia.
Ms. Thomas Greenfield said the United States was helping to find alternative sources of goods that countries import from Russia.
The diplomat also said the United States would support South Africa’s offer to mediate between Russia and Ukraine.

South African President Cyril Ramaphosa He blamed NATO for the Russian invasion of Ukraine and renewed his criticism of the UN Security Council’s role in the conflict.
He added, “The war could have been avoided if it had been NATO [Organisation du traité de l’Atlantique Nord] “It has heeded the warnings of its leaders and officials over the years that its eastward expansion will lead to more instability in the region, not less,” Ramaphosa said in response to questions in parliament yesterday.

The most powerful countries tend to use their position as permanent members of the United Nations Security Council to advance their national interests rather than those of global peace and stability. The Security Council must be reformed so that there is a fair representation and a more inclusive mechanism for resolving international disputes. »
Ramaphosa said on March 11 that South Africa had been approached to play the role of mediator in the Russo-Ukrainian war.

He did not say who approached South Africa, but said he had spoken with the Russian president Vladimir Putin On 10 March he informed him that the dispute must be resolved through mediation and negotiations.
On March 2, South Africa abstained from voting on a United Nations resolution condemning the Russian invasion of Ukraine.
Mr. Ramaphosa said the country abstained from voting because “the resolution did not present an invitation for meaningful participation”.

What is the African position in the Ukrainian conflict?

Senegalese President maki hole it’s a preserved With Russian President Vladimir Putin on Wednesday, March 9. During this exchange, he said he called for a “permanent ceasefire in Ukraine.”
African countries did not adopt a common position on the Russian invasion.

While 28 African countries voted in favor of the resolution condemning the Russian invasion, 17 African countries abstained from voting in the United Nations General Assembly.
These are South Africa, Algeria, Uganda, Burundi, Senegal, South Sudan, Mali and Mozambique.
The other countries are Sudan, Namibia, Angola, Zimbabwe, Equatorial Guinea, Central African Republic, Madagascar, Tanzania and Congo.
Eritrea is the only African country that voted against the resolution.
8 African countries did not vote, including Morocco. The Moroccan Ministry of Foreign Affairs said in a tweet on Twitter on Wednesday: “Morocco’s non-participation regarding its principled position regarding the situation between the Russian Federation and Ukraine cannot be explained.”

The source is BBC