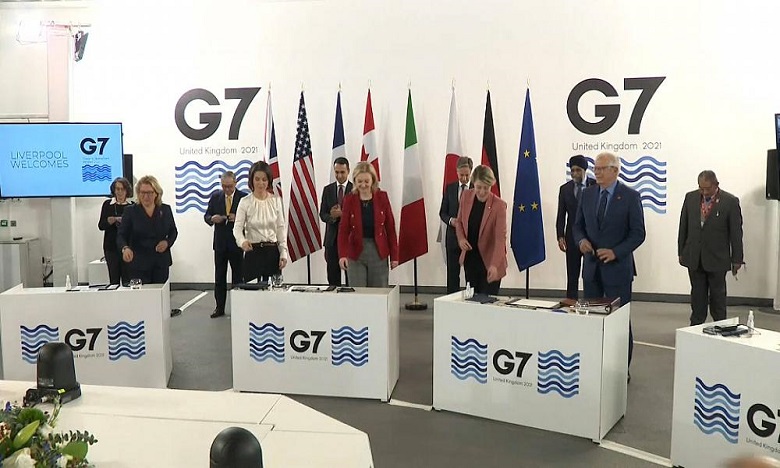 On Saturday, the foreign ministers of the Group of Seven countries and the High Representative of the European Union called on Russia to “choose the path of diplomacy, reduce tensions, withdraw a significant part of its armed forces from areas close to Ukraine’s borders and fully comply with international obligations, especially with regard to risk reduction and transparency of activities.” military”.

As a first step, we expect Russia to implement the announced reduction of its military activities along the Ukrainian border. We will judge Russia by the measure of its actions,” the heads of diplomacy of Germany, Canada, the USA, France, Italy, Japan and the UK emphasized in a statement.

Saying that they are “extremely concerned about the threat of deployment of the Russian military throughout Ukraine, and believe that Russia’s” massive and unjustified” concentration of military forces, the largest deployment on the European continent since the end of the Cold War, constitutes a “challenge to global security and international order.”

In their joint statement, they said that they took note of recent statements that Russia is ready for diplomatic dialogue, and affirmed their “determination” to continue dialogue with Russia on issues of mutual interest, such as security. European Union, risk reduction, transparency, confidence-building measures and arms control.

“We also reaffirm our determination to find a peaceful and diplomatic solution to the current crisis, and urge Russia to respond positively to the offer made to it to participate in a dialogue within the framework of the US-Russia dialogue on strategic stability, the NATO-Russia Council and the Organization for Security and Cooperation in Europe.

While welcoming the renewed OSCE Dialogue on European Security launched at the initiative of the Polish Presidency for Security and Cooperation in Europe, the representatives of the seven countries and the European Union stress that they “extremely hope” that Russia will participate in this in a constructive way.

According to the statement, “there should be no doubt for Russia that any further military aggression against Ukraine would have severe consequences, including financial and economic sanctions, on a wide range of sectoral and individual objectives that would impose a huge and unprecedented cost to the economy.” Russian”.

In such a situation, “we will take restrictive measures in consultation,” noted the heads of diplomacy of the G7 countries and the High Representative of the European Union, who reaffirmed their “solidarity” with the Ukrainian people and their “support” for Ukraine’s efforts to consolidate its democracy and institutions, encouraging it to continue progress on reforms.

In their opinion, the Ukrainian initiatives deserve to be seriously examined by the Russian negotiators and the Government of the Russian Federation, and they called on Moscow “to seize the opportunity presented by the Ukrainian proposals to the diplomatic channel.”

They stressed that Russia must de-escalate and fulfill its obligations in implementing the Minsk Agreement, adding that the increase in ceasefire violations along the line of contact in recent days is very worrying.