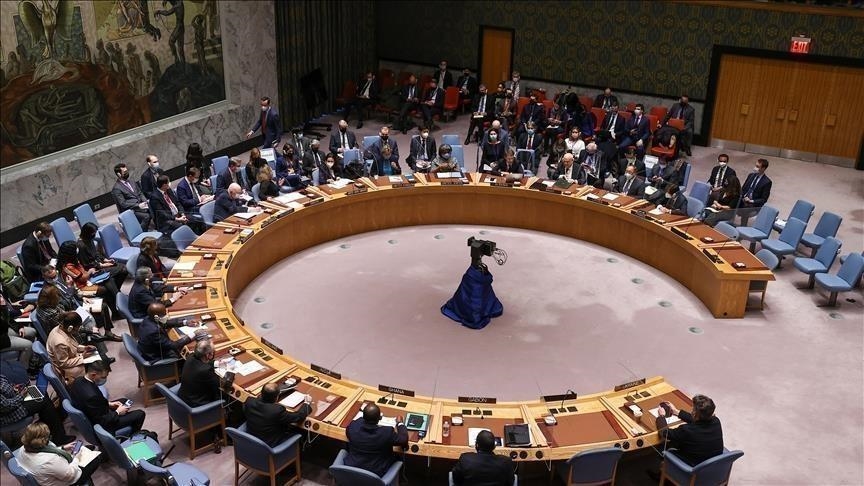 Diplomatic sources said that the UN Security Council will meet urgently later on Friday to discuss the situation at Ukraine’s Zaporozhye nuclear power plant, in the wake of the Russian attack that targeted it from Thursday night to Friday.

Diplomats told Anadolu Agency (AA) that the Permanent Mission of the United Kingdom to the United Nations submitted a formal request to the Presidency of the Security Council, to hold an emergency session on Friday at 4:30 pm GMT.

The same sources indicated that this session was at the request of the United States, France, Norway, Ireland and Albania.

The United Arab Emirates will assume the presidency of the Security Council for the month of March.

Ukraine’s Nuclear Site Inspection Agency announced earlier on Friday that three Ukrainian soldiers were killed and two others injured in a fire caused by a Russian attack on the Zaporozhye nuclear power plant, the largest in Europe.

Ukrainian officials claimed that the territory of the factory was occupied by Russian forces and that its operation was carried out by Ukrainian personnel.

The head of the International Atomic Energy Agency, Rafael Grossi, said that “the reactor’s safety systems were not affected and no radiation leak was observed,” stressing that the Ukrainian authorities were able to control the fire that broke out in a nearby building. Zaporozhye site.

At dawn on Thursday, February 24, Russia launched a military operation in Ukraine, which provoked angry reactions from several countries, and allegations of imposing the most severe sanctions on Moscow.

* Translated from Arabic by Majdi Ismail