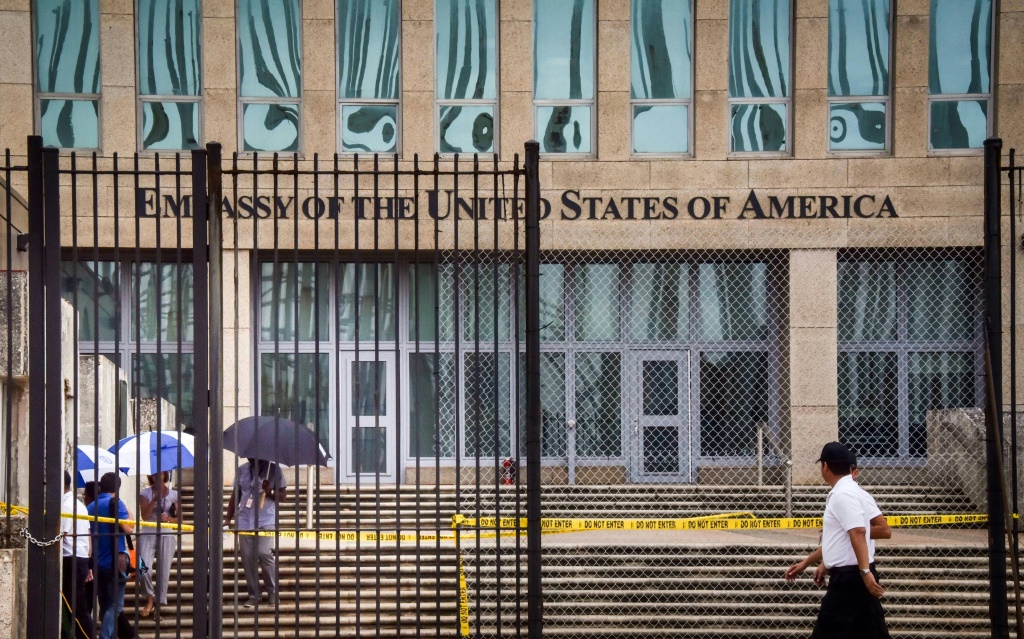 The US consulate in Cuba, which has been closed since 2017 due to alleged health incidents affecting diplomats, will resume issuing visas in a “limited” and “gradual” manner, at a time when the island faces a mass exodus.

He added that this measure, which will accompany the return of more US diplomats to Cuba, will aim to “facilitate diplomatic engagement and engagement with (Cuban) civil society and provide broader consular services.” A specific date.

He stressed that “visa services for immigrants are a safe and legal way to reunite families” scattered between Cuba and the United States.

The announcement comes as Cuba, under the impact of the pandemic and tightening US sanctions, is going through its worst economic crisis in 30 years, prompting many residents to seek to emigrate at any cost, some by sea but the majority from Central America. , to go to the American border.

Dangerous and complicated mass exodus due to the closure of the Consulate in September 2017, ordered by Donald Trump due to alleged health incidents (migraines, dizziness, blurred vision, etc.) – nicknamed “Havana Syndrome” – affected the diplomats on the island.

For Cubans, obtaining a visa to enter the United States has become an obstacle, with the obligation to pass through a third country, at their expense, to submit applications.

“As we work towards this goal, the embassy in Georgetown, Guyana, will remain the primary location for processing Cuban immigrant visa applications,” the charge d’affaires said Thursday.

Nelida Bartolon, a 48-year-old employee, told AFP shortly before the announcement that the consular outage had “impacted many people economically”, forcing them to go and apply for a visa in Guyana.

“There are a lot of people who want to leave, who are on a boat to go there (in the US, editor’s note) or through a third country,” testified Felipe Mesa, a 75-year-old retiree.

For political scientist Rafael Hernandez, the United States “deliberately” violated the immigration agreement with Cuba, which provided for the allocation of 20,000 annual visas.

We are therefore witnessing “a kind of silent Mariel,” he says, referring to the crisis of 1980, when thousands of Cubans went into the sea in order to exile themselves, leaving from the port of Mariel, near Havana.

The sharp decline in the number of US diplomatic staff in Cuba also reflects the tensions between the two countries since the arrival of Donald Trump to the White House, who put an end to the policy of openness pursued by his predecessor Barack Obama, the architect of the restoration of bilateral diplomatic relations. in 2015.

With the arrival of Democrat Joe Biden in 2021, the Cuban government had hoped things would improve, but to no avail.

Rafael Hernandez believes that reopening the consulate “has nothing to do with a desire to resume Obama policy”, it is simply a matter of “stepping back after the atrocities committed” by Trump.

Rather, it is a decision backed by both Republicans and Democrats, “without political cost to the Biden administration.”

Faced with the possibility that the Democrats will lose control of both houses in the November midterm elections, it is “hard to imagine any further changes” from the US government toward Cuba.

Especially after the numerous criticisms directed by Washington in recent months to denounce the severe sentences issued against the demonstrators of July 11, 2021.

On Thursday, a senior embassy official reminded, regarding the return of US diplomats to Cuba, that “the safety of our personnel is of paramount importance,” while the Havana syndrome remains unexplained to this day by scientists who doubled down on the hypotheses.